Will the Nuclear Security Summit Help Stop Terrorists from Getting the Bomb? 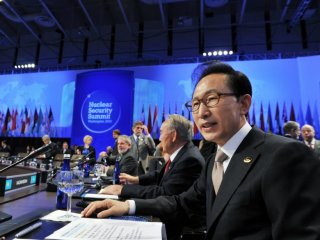 Today and tomorrow, world leaders will gather for what will likely be the final international summit on security for nuclear weapons and the materials needed to make them—a key tool for preventing nuclear terrorism. The last time this group met, at the 2014 Nuclear Security Summit in the Hague, they declared that preventing terrorists from acquiring nuclear weapons or weapons-usable materials remained “one of the most important challenges in the years to come.” Yet, since then, nuclear security has improved only marginally, while the capabilities of some terrorist groups, particularly the Islamic State, have grown dramatically, suggesting that in the net, the risk of nuclear terrorism may be higher than it was two years ago.

At the time of the Hague summit, the Islamic State was one of many small extremist groups. Today, though under military pressure, the Islamic State governs swathes of Iraq and Syria, recruits followers around the world, demonstrates a desire and capability to strike far beyond its borders and states its ambition to launch major attacks on the United States.

As yet, there is no public evidence of an Islamic State nuclear-weapons effort. But there are worrying indicators of potential IS nuclear intent. The Islamic State espouses an apocalyptic vision of a final war between itself and the “crusader” forces. Authorities recently discovered that an Islamic State operative had been intensively monitoring a senior official of a Belgian facility that contains significant stocks of weapons-useable nuclear material. If the Islamic State ever does decide to pursue nuclear weapons, it has more money, more people, control of more territory and more ability to recruit experts across the world than Al Qaeda at its strongest ever had. That makes it all the more crucial to ensure that the essential ingredients of a nuclear recipe are secure and accounted for.

Nevertheless, if publicly available information is an accurate indicator, only modest progress has been made over the past two years increasing nuclear security, and some efforts have lost ground.

At the end of 2014, Russia, the country with by far the most weapons-useable nuclear material, cut off most nuclear-security cooperation with the United States, the country with the second-most material. The Obama administration is proposing its lowest-ever budget for programs to improve nuclear security around the world. This is partly a result of the end of U.S-Russian cooperation, but there are still worthy nuclear-security projects that would be delayed if these budgets are approved.

At the same time, fewer countries are announcing major security improvements at nuclear facilities, some still refuse to eliminate highly enriched uranium or plutonium they clearly do not need, and the Nuclear Security Summit process is coming to an end—decreasing international attention to this issue.

This combination of terrorist organizations with global aspirations and inadequately protected nuclear-weapons material is dangerous. The catastrophic social, political and economic impacts of an act of nuclear terrorism would be felt in every country. As world leaders gather in Washington, DC for the final Nuclear Security Summit, they are presented with a stark choice: Will the legacy of these summits be that the world committed to continuous improvement in strengthening nuclear security, or will attention shift elsewhere as nuclear-security efforts decline and the risk of nuclear terrorism grows?

Achieving a future focused on continuous improvement will require committed action from governments and international organizations, as well as from the organizations that manage nuclear weapons, materials and facilities.

All countries and organizations that handle highly enriched uranium and plutonium should commit to provide effective and sustainable protection for these materials and provide adequate resources to fulfill that commitment. The commitment should include well-equipped, well-trained on-site armed-guard forces and accounting systems able to detect any significant theft and determine when and where it occurred.

The United States and other interested countries should take a broader approach to eliminating nuclear material from locations around the globe, incorporating plutonium as well as highly enriched uranium, military as well as civilian material. Washington must provide incentives to shut down unneeded facilities and help in converting them to use fuels that cannot be used in a nuclear bomb.

The United States and Russia should rebuild their cooperation, agreeing on nuclear cooperative initiatives designed to be fully equal, covering both nuclear energy and nuclear security. At the same time, the United States should seek to expand nuclear security cooperation with Pakistan, India, and China, and exchange nuclear-security best practices with all of the countries where nuclear weapons or weapons-useable materials exist.

Eight years ago, dozens of countries embarked on an effort to improve nuclear security around the world. With the summit process ending, the assembled leaders must agree on effective means to continue nuclear-security discussions and improvements. While much has been accomplished, the threats that nuclear-security systems must protect against constantly change. Today the threat is the Islamic State. Tomorrow it may be different. The only constant is that effective and sustainable nuclear security capable of addressing those threats is the single most effective chokepoint preventing terrorists from acquiring a nuclear weapon.

Matthew Bunn is a Professor of Practice and Co-Principal Investigator for The Project on Managing the Atom at Harvard Kennedy School’s Belfer Center for Science and International Affairs. William Tobey is a senior fellow at the Belfer Center and former Deputy Administrator for Defense Nuclear Nonproliferation at the National Nuclear Security Administration. Martin Malin is director of the Belfer Center’s Project on Managing the Atom, where Nickolas Roth is a research associate. 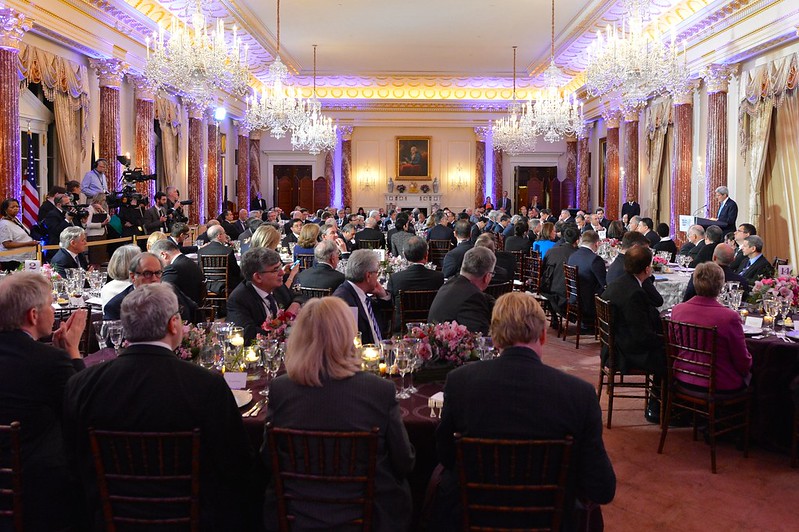