Will Trump, like Reagan and Bush, Walk Back His Approach to Taiwan? 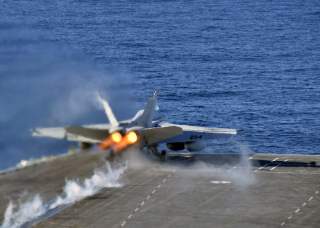 Donald Trump’s phone call with Taiwanese President Tsai Ing-wen broke decades of diplomatic protocol and raised hopes of a new, pro-Taipei shift in American strategy. As a Taiwanese-American and supporter of democracy, the conversation filled me and others with expectation. Gordan Chang proclaimed that the call “changed everything,” putting U.S.-China relations “on an entirely new footing.” Gerrit van der Wees said the call was “signaling a broader change in U.S. policy towards Taiwan.” (Full disclosure: Gerrit van der Wees is my uncle. Fuller disclosure: Christmas is about to become really awkward this year.)

As a foreign policy professional, however, the call filled me with fear. The fundamental realities of power and policy between China and the United States have not changed, and they will not change once Trump assumes office. Washington still needs Beijing’s cooperation on issues ranging from nuclear non-proliferation, trade, climate change and global economic management, to say nothing of international hotspots like North Korea, the South China Sea and Iran.

So that leaves us with two possibilities, both of which are worrying. Either Trump just doesn’t know what he’s doing, and he’s blithely disrupting international politics out of ignorance. His anti-China tweets this weekend doubled down on his initial mistake, suggesting he lacks the temperament to walk back a self-inflicted wound. Vice President-elect Mike Pence dismissed the call as a simple “courtesy,” suggesting he too doesn’t appreciate the nuance and challenge of international politics.

Or the call actually does signal a broader shift in policy, but one developed without input from foreign policy professionals as the State Department (who have had great difficulty contacting even Trump’s transition team) and by a man who has suspended national security briefings to go on a victory tour.

We’ve been down this road before. Both Reagan and George W. Bush made infelicitous statements on Taiwan, seeming to signal a shift in policy. In 1981, Reagan invited a Taiwanese delegation to his inaugural ball. In 2001, Bush promised the United States would do “whatever it took to help Taiwan defend theirself.”

Both Presidents ultimately had to walk back their naïve approach to Taiwan policy. This was a politically humiliating but wise choice, and their failures demonstrate a critical problem with Trump’s approach. Any long-term shift in U.S.-China-Taiwan relations requires the steady, sustained and consistent application of American power on a broad range of issues. In the meantime, Beijing has the independent capability to impose lasting, retaliatory harm to the United States through trade sanctions and increased military assertiveness.

If Trump is serious about shifting U.S. policy, the Taiwanese in me would welcome it. But if he’s just looking for a short-term political boost, much like the Carrier deal, leave Taiwan out of it. A genuine change in policy requires the long-term, persistent and dedicated application of power, and unfortunately, those adjectives don’t really describe the President-Elect.

Dr. Kuo is an Assistant Professor of Political Science at Fordham University, where he studies international security. He has previously worked for the National Democratic Institute, the Democratic Progressive Party of Taiwan, and the United Nations Department of Political Affairs.  The views expressed in this article are his own.