Would America Risk a Nuclear War with China over Taiwan? 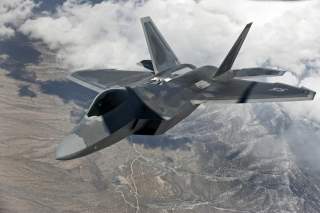 After a decade of relative harmony, tensions between Beijing and Taipei are rising again. As Taiwan's leaders and voters face big choices about their future relations with China, America must think carefully about its commitments to Taiwan.

Would America be willing go to war with China to prevent Taiwan being forcibly united with the mainland? J. Michael Cole, responding in The National Interest to a recent op-ed of mine in Singapore's Straits Times, expresses a widely held assumption that it would, and should.

To many people it seems self-evident that America would honor the commitments enshrined in the Taiwan Relations Act. But the TRA was passed in 1979, when China's GDP was 1/20th the size of America's, its place in the global economy was miniscule, its navy and air force were negligible, and its prospects for progress depended completely on America's goodwill.

So back then a US-China conflict carried much bigger economic and military risks for China than for America. That made the TRA's commitments both highly credible and very unlikely to be tested. Washington could safely assume that Beijing would back off to avoid a conflict in which China had so much more to lose than America.

China's economy is now so big and so central to global trade and capital flows that the consequences of any disruption would be just as serious for America as for China. Militarily, America can no longer expect a swift and certain victory in a war over Taiwan. China's anti-access/area-denial capabilities would preclude direct US intervention unless those capabilities had first been degraded by a sustained and wide-ranging strike campaign against Chinese bases and forces.

China would very likely respond to such a campaign with attacks on US and allied bases throughout Asia. The US has no evident means to cap the resulting escalation spiral, and no one could be sure it would stop below the nuclear threshold. The possibility of nuclear attacks on US cities would have to be considered.

These new realities of power mean that today a US-China conflict would impose equal risks and costs on both sides. And where costs and risks are equal, the advantage lies with those who have more at stake, and hence greater resolve. China's leaders today seem to think they hold this advantage, and they are probably right. It is therefore a big mistake to keep assuming, as many people seem to do, that China would be sure to back off before a crisis over Taiwan became a conflict.

US leaders must therefore ask what happens if Beijing does not back down as a crisis escalates. At what point would they back down instead? What would be the damage to US global leadership if Washington brought on a confrontation with China and then blinked first? What could happen if Washington didn't blink first? Is Taiwan's status quo worth a global economic collapse? It is worth a real risk of nuclear war with China?

These are the questions America's leaders would have to confront in considering military action to defend Taiwan, and their answer would very likely be that the status of Taiwan is not worth risking nuclear war or economic collapse over. And that means American leaders and policy analysts must confront these questions now, as they decide whether to maintain the old commitments to defend Taiwan. The promises that America was willing and able to keep in 1979 might not be ones it is willing or able to keep now.

What about America's allies and friends in Asia? Wouldn't they help America defend Taiwan, if only because they are so worried themselves about China? Many Americans seem to assume they would. But even Australia, America's most reliable ally in Asia, is uncertain about this. And if Australia is uncertain, it is pure wishful thinking to expect the likes of India, Singapore, Vietnam or even the Philippines to offer anything more than mild diplomatic support to America over Taiwan.

The exception is Japan, which under Shinzo Abe might be expected to join the fight, especially after last week's visit to Washington. But does Mr. Abe really speak for Japan? Will future Japanese leaders take the same view? And even if they did, how exactly would that help America? How would Japan's support change the answers to the hard questions posed above, and increase the chances that America would indeed come to Taiwan's aid?

So no one should lightly assert that America or its allies would help defend Taiwan from China. But should they? This is a big subject. Suffice to say here that the question is not answered simply by using the word “appeasement” to invoke the memory of Munich.

There are hard questions to be answered about how far we should be willing to go to accommodate (or, if you prefer, to appease) China's ambitions for a bigger regional leadership role as its power grows. Any substantial accommodation would mean a shift away from the US-led order of recent decades, which would be risky and unsettling. It seems much easier to evade these questions by refusing to contemplate any accommodation at all. But that would carry high costs.

Those who assume that those costs must be worth paying might not have thought carefully enough about just how high the price could go. And those who assume that it will be impossible to accommodate China because it proved impossible to appease Hitler perhaps assume that there are no material differences between the situations in Europe in 1938 and in Asia now, or between Nazi Germany and today's China. They perhaps also assume that there are no alternatives to the old US-led order in Asia except Chinese hegemony. The magnitude of the issues at stake – including for the people of Taiwan – suggest that these assumptions need more careful scrutiny.