Would Great Britain Leave the EU? 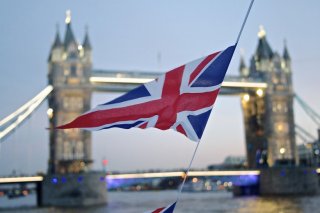 This Thursday (May 22), Britain will choose its 73 Members of the European Parliament.  The other European Union (EU) member states will follow suit over the following days.  Such elections have never mattered much in Britain.  With only about one third of electors tending to cast a ballot, European elections usually are little more than half-hearted referenda on governments of the day.

This time, however, the long-term implications of Britain’s European elections could be huge, with potentially global implications.  Over recent years, an insurgent force in British politics—the UK Independence Party (Ukip)—has been amassing support at the expense of the established parties.  Offering a mix of populist policies from curbing immigration to abolishing inheritance taxes, Ukip’s flagship promise is to withdraw Britain from the EU.  Now, with pollsters, pundits and senior politicians all predicting that Ukip could top the European polls, this once unlikely ambition is closer than ever to becoming reality.

Although Ukip has no representation in the British House of Commons (it does boast a handful of members to the unelected House of Lords), the party’s dismal haul of elected officials belies a truly exceptional political achievement: Ukip has managed to place the question of withdrawal from the EU squarely onto the mainstream political agenda.

The most prominent manifestation of this “Ukipization” of British politics has been Prime Minister David Cameron’s promise that, should he remain in charge after the next General Election (scheduled for 7 May, 2015), there will be an “in-out” referendum on EU membership.  The Labour leader Ed Miliband has also promised an in-out referendum—under certain conditions.

Such pledges will become the tip of the iceberg if Ukip performs well this week.  In such an event, the Ukip leader Nigel Farage could credibly claim that his party’s victory itself constitutes a referendum on the EU.  “The people have spoken,” Farage will announce.  Cameron, Miliband and Clegg will find it difficult to disagree.  Unimaginable just a year or two ago, a binding referendum on the EU might become politically unavoidable as the major parties scramble to occupy the newly defined center-ground of British opinion towards Europe.

This is not to say that Ukip’s gravitational pull is inexorable.  To be sure, it is no longer enough for pro-European politicians to argue that keeping Britain “at the heart of Europe” amplifies the country’s influence.  Voters do not think like foreign secretaries.  Instead, more needs to be done to convince a justifiably self-interested electorate of the value of EU membership, albeit if they must begin by acknowledging that the benefits of European integration have been unevenly distributed up until now.

Still, the potential for a British exit of the EU should be taken seriously, including in the United States.  Washington has long supported both the broad principles of the European project and the specific point of British membership.  A united, stable and prosperous Europe has the promise to buttress U.S. foreign policy goals around the globe.  A fragmented continent would be an unnecessary drain on America’s already dwindling influence.  Britain, in particular, is a valued member of the EU from Washington’s perspective because of its historic identification U.S. objectives.

At least in theory, Britain is supposed to be the bridge that lowers diplomatic transaction costs between Europe and America.  On the May 22, a large slice of the British electorate seems likely to endorse burning that bridge.  Gripped by the logic of Primat der Innenpolitik when it comes to Europe, the Westminster political class may well lack the capacity to put out the flames.  For this reason, elites in Washington—not just London, Brussels, Paris and Berlin—should care about this week’s European elections, even if most Britons will not.