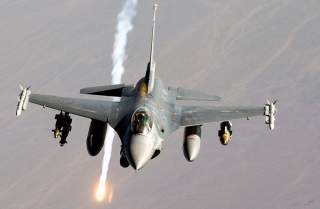 There is no shortage of reasons to be concerned about the entangled drama unfolding in Syria, as Russia maneuvers on a shifting landscape that could see Israel and Iran collide in a direct confrontation.

Commentary in The Wall Street Journal on Monday urged caution on the part of Moscow, arguing that Russia has already nudged the regional arch-enemies closer to war. A recent Israeli strike on a base in Syria which killed seven Iranians, including four Quds Force officers, might have been swept under the rug by Iran, according to the author Dennis Ross, but Russia’s decision to call out Israel for the strike has forced Iran’s hand, increasing the likelihood of retaliation to save face.

Against this backdrop, Israel is warning Russia that air defense systems to be delivered to Syria will be in the Israeli air force’s cross hairs. Russia’s Defense Ministry confirmed reports earlier this week that it planned to send Russian S-300 defense systems to the Syrian Bashar al-Assad regime, prompting the response from Israeli Defense Minister Avigdor Lieberman.

“One thing should be clear – if someone fires on our planes, we will destroy them,” Lieberman was reported by Haaretz as saying. “What’s important to us is that the weapons defense systems that the Russians transfer to Syria are not used against us. If they are used against us, we will act against them.”

Russian officials, cited in the initial Russian news report S-300 delivery, cautioned against targeting the equipment. If Israel attacks them, they said, it will suffer “catastrophic consequences.”

Lieberman acknowledged that the S-300 systems were already being used in Syria, but only in defense of Russian assets. He made the distinction that they had not yet been “employed against Israel,” as paraphrased by Haaretz.