Would Russia Really Sell to Syria the S-300 Air Defense System? (And Why It Might Not Matter) 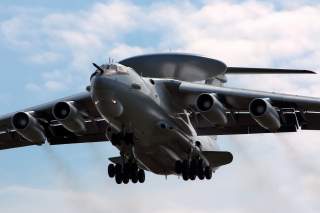 Russia has not made a final decision to supply Damascus with the S-300 surface-to-air missile defense system following an American-led attack on Syria on April 13. However, even if Moscow were to proceed with the delivery of the S-300 system to the Assad regime, the Russian-made weapon would not likely be able to stop an American cruise missile strike even if it could complicate allied air operations over Syria.

"I cannot say that this question has been settled," Russian Foreign Minister Sergei Lavrov told the state-owned TASS news agency. "We know what Russian President Vladimir Putin said. He has discussed such matters with an official of our Defense Ministry from the standpoint of preventing a situation where Syria might turn out insufficiently prepared for aggressive attacks, like the one that occurred on April 14. It remains to be seen what decisions will be made by the Russian leadership and Syrian officials. Apparently, no secrets are due here. All this can be announced."

Russian officials suggest that Moscow could deliver the weapon to Syria within a month once the green light is given. "Naturally, the used S-300 systems that may be taken to Syria will have to be reconfigured to suit the standards of the Syrian air defense. This work may take about a month," a Russian military source told TASS.

However, as the Pentagon has noted, Russian-built air defenses operated by the Syrian regime failed to intercept the April 13 attack where the U.S. and its allies launched some 105 cruise missiles at targets inside Syria. “I can tell you though that the rest of Syrian air defense capability, which is completely Russian made, Russian designed, Russian supported, engaged extensively and comprehensively failed,” Joint Staff Director Lt. Gen. Kenneth F. McKenzie Jr. told reporters. “So I think there's a distinction there, and I recognize that. The Russians didn't do anything, although they're very closely allied to all the systems that the Syrians deployed to no effect.”

McKenzie noted that the Russian owned and operated S-300V4 and S-400 systems stationed in Syria did not attempt to engage the incoming cruise missiles. “In the attack on Friday night, Russian air defenses were energized,” McKenzie said. “They were scanning, they had a [Beriev A-50] Mainstay air defense aircraft up. They did not choose to engage, so I can't speculate about why they did or didn't do that.”

One reason for Moscow not to engage was that Russian forces were not under attack and, as such, the Kremlin did not feel the need to shoot back. Another reason that the Kremlin’s forces did not engage is that they did not have enough interceptor missiles to shoot down that many missiles, but a much more important reason is simply that they could not engage the low-flying terrain hugging Tomahawks.

Because the Tomahawk—and other—cruise missiles fly at extremely low altitudes, they are extremely difficult to detect, track and intercept except at very short distances because of the curvature of the Earth and terrain features such a hills, mountains and valleys. A ground-based radar is inherently limited by line-of-sight and against a very low-flying object, the radar horizon is short—as little as 12 miles depending on the terrain features in the area.

One potential way to counter that is to cue interceptor missiles from the air using an airborne platform such as a Northrop Grumman E-2D and a data network, such as the Naval Integrated Fire Control - Counter Air (NIFC-CA). However, overland, even that would have disadvantages because of the difficulty of picking up cruise missiles from ground clutter. It is just a fact of life that radar cannot see through solid rock.

As McKenzie noted, the Russians did have A-50 radar aircraft—which are similar in concept if not capability to the E-2D and the E-3 Sentry AWACS—available and in the air. That means that the Russians might have been able to detect and track the American attack. However, it is not clear if the S-300V4 and the S-400 can be datalinked to the A-50 to provide target cuing. Some Russian sources suggest that the S-400 can be linked to the A-50, however, that is dubious at best. It is unlikely that Moscow has such a capability integrated onto the A-50 or S-400 at this point. The Russians tend to prefer self-contained systems that do not rely on off-board sensors.

In any case, the Syrians do not have A-50 aircraft—nor is Moscow likely to be able to sell Damascus a Mainstay any time soon. A Syrian operated S-300 would, therefore, have to rely on terrestrial radar. As such, a Syrian operated S-300 would be able to provide area air defense at medium and high altitude where the radar horizon allows for broad coverage, but physics limit the weapon to being a point defense system at low altitude. Thus, even with the S-300, Syria would have no defense against an American cruise missile attack.