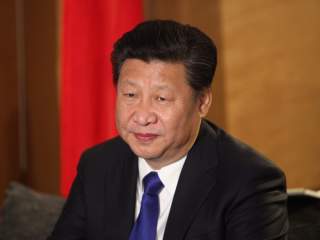 China’s military reforms, which have sped up since Xi Jinping came to power in 2012, are making steady progress and the latest change in the People’s Liberation Army (PLA) was a big one. On December 31, 2015, the Central Military Commission formally overhauled the organizational structure of the PLA, establishing three new organizations: the Army Leading Organ, the Rocket Force, and the Strategic Support Force. The big takeaway: the Third Department of the PLA, the home of China’s cyber operations and commonly known as 3PLA, may be moving to a different command.

The Army Leading Organ appears to be a centralized command hub, aiming to coordinate joint operations between different PLA branches, which has long been a goal of China’s military reforms. The Rocket Force, which has been covered extensively elsewhere, is an upgraded version of the PLA’s strategic nuclear missile force, the 2nd Artillery Corps, and seems to be an official recognition of the branch-level role the corps has long played. The new Strategic Support Force (SSF), on the other hand, has gotten scant attention in the foreign press, and is arguably the most interesting development in this round of reforms.

In his speech at the founding ceremony, Xi said that “the Strategic Support Force is a new-type combat force to maintain national security and an important growth point of the PLA’s combat capabilities.” Many news outlets have reported that the SSF is focused on cyber operations, but Chinese press reports suggest that the new force has a wider range of responsibilities.

A report by an official news outlet compared the SSF to the armed forces of the U.S., Russia, and “other developed countries,” saying that its organization is more advanced, because it involves operations that do not fit well into any existing military force, but touch on all of them. Another report emphasized that it’s “even ahead of the United States conceptually,” which still separates support functions among all the branches of the military so that “they are constantly fighting with each other for resources.” The SSF won’t be on the front lines of combat, but rather provide “information support and safeguards.” However, unlike other support forces such as logistics, it “can use its own power to damage the enemy.” According to the same report, the SSF’s responsibilities will include the “five domains” of intelligence, technical reconnaissance, electronic warfare, cyber offense and defense, and psychological warfare.

According to SSF Commander Gao Jin, a lieutenant general with an engineering background and three decades of service in the 2nd Artillery Corps, the SSF aims to help integrate all the other PLA branches and “raise up the ‘information umbrella’ for the whole PLA system.” It will work to integrate “planning, mechanisms, resources, programs, operations and human resources,” run strategic research projects, and be the “cloud think tank” for the PLA. Chinese reports state that the SSF was created partially as a response to “space combat forces” of other nations, suggesting that this may also be part of its operations.

That’s about the extent of what we know right now about the SSF from publicly-available Chinese-language sources.

However, there is some speculation about the more concrete details of the SSF. A Zhejiang Evening News article reposted by the Global Times quotes retired 2nd Artillery Corps officer Song Zhongping as saying that the SSF is not a unified branch, but three independent branches. The first is the “cyber force,” which is made of “hacker troops” responsible for cyber offense and defense. The second is the “space force,” responsible for surveillance and satellites. The final is the “electronic force,” responsible for interfering with and misleading enemy radar and communications.

According to a Russian military expert, the SSF oversees the former PLA General Staff Headquarters Third and Fourth Departments, which were responsible for technical reconnaissance, cyber intelligence, electronic warfare and offensive cyber operations, as well as the Foreign Affairs Bureau of the former PLA General Political Department, which oversees propaganda efforts targeting adversary military forces and populations. It will be responsible for “military intelligence at large and for the psychological operations in particular,” which suggests that it may also include the former Second Department which was responsible for military human intelligence. The SSF may also be given command of special operations units.

It remains to be seen how rapidly this reorganization will be conducted, exactly what roles formerly held by other PLA units will be placed under the SSF, and how exactly the SSF will work with the other PLA branches. The impact of this reorganization on China’s military cyber operations—for espionage, offense, and defense—also remains to be seen. A recent essay on Chinese cyber strategy published by the Chinese Communist Party’s official newspaper, People’s Daily, emphasized the importance of centralized command for cyber operations to reduce the risk of escalation. Hopefully, the creation of the SSF is a move in that direction.

Lincoln Davidson is a research associate for Asia Studies at the Council on Foreign Relations. This article first appeared in Net Politics.