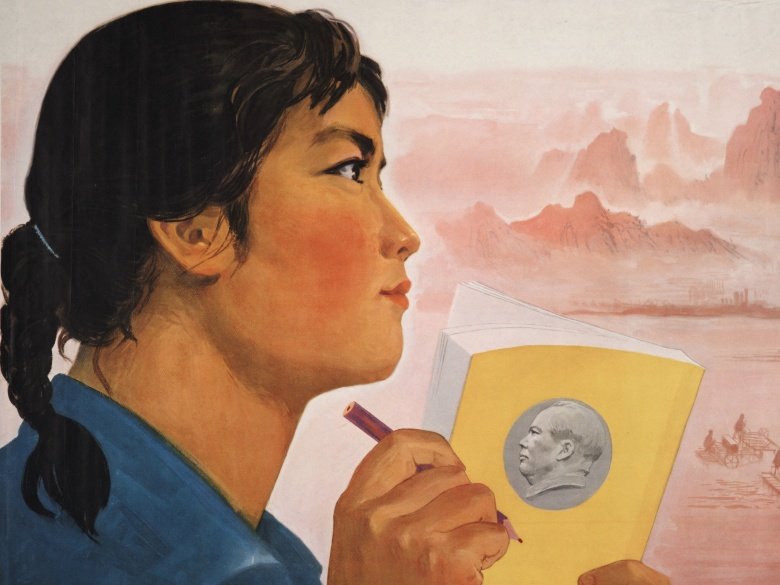 Over 50 years ago, Chinese Chairman Mao Zedong, in a speech titled On the Correct Handling of the Contradictions Among the People, encouraged Chinese citizens to speak openly concerning their opinions of his communist government.  The campaign kicked off in late 1956, and was dubbed the Hundred Flowers Movement after a poem: bǎihuā qífàng, bǎijiā zhēngmíng ("Let a hundred flowers bloom; let a hundred schools of thought contend").  Mao ostensibly started the campaign “for promoting progress in the arts and sciences and a flourishing socialist culture”, arguing further "criticism of the bureaucracy is pushing the government towards the better."

At first, Chinese citizens and intellectuals were understandably reluctant to be among the first to criticize the government, but as Mao put more pressure on the citizenry to voice their opinions, millions of letters poured in, posters went up on campuses, and people rallied in the streets.  Free thought did not last long, however, as some historians speculate Mao deemed the program too successful, and abruptly reversed course in July of the same year with his Anti-Rightist Campaign. Under this campaign, those who had been too critical of the regime (intellectuals, officials, students, artists and dissidents) were labeled "rightists", publicly criticized and many sentenced to prison labor camps.

Since assuming office in March 2013, Chinese President Xi Jinping has been criticised by some Western media for his strong, authoritarian grip on Chinese media, and accused by others of imitating Chairman Mao.  Xi famously declared earlier this year that all media must be "surnamed Party" so they can give “correct guidance of public opinion” by "singing the main theme, transmitting positive energy."  By implementing stricter guidelines and censorship on newspapers, television, websites and social media, Xi’s efforts to censor critical journalism have resulted in China remaining among the worst countries ranked in the annual World Press Freedom Index.  The recently released index, compiled by Reporters Without Borders, ranks countries on such indicators as media independence, self-censorship, the rule of law, transparency and abuses.  China scored at the bottom of the list, coming in 176 out of 180 countries and beating out only Syria, Turkmenistan, North Korea and Eritrea.

So it came as a bit of a surprise when Xi recently announced, at an internet cyber security forum last Tuesday, a call for greater tolerance of “well-intentioned” criticism online of the authorities in China.  Xi, who also heads China's central Internet security and informatization leading group, ordered officials last week to “heed public opinions” online and show internet users “greater tolerance and patience” in order to correctly gauge the concerns and wishes of the people.  Xi also pledged to accept online criticism of the Communist Party—as long as the criticism was constructive and “well-intentioned”.

For many, this is all too reminiscent of the Hundred Flowers Campaign, and of the events leading up to the Tiananmen Square protests of 1989.  Others did not make the same connection, including those unlucky Chinese citizens who may not have had access to uncensored historical information and who chose to criticize the Party.  They woke up one morning to find that although their comments were initially posted on social media platforms (such as microblogging platform Weibo, state television CCTV, Sina News and the China News Service), they had been subsequently erased, according to the Free Weibo site which tracks censored items.

For those Chinese citizens brave enough to post well-meant criticism on the Internet, they may have misread the ambiguity of Xi’s statement on comments, "we will not only welcome them, but also carefully study them for future references."  While many Chinese may take pride in the recent astonishing development and modernization of their country and wish to contribute in making it again a great nation, perhaps it is still too early to openly criticize the Party and let a hundred schools of thought contend.

Gary Sands is a Senior Analyst at Wikistrat, a crowdsourced consultancy, and a Director at Highway West Capital Advisors, a venture capital, project finance and political risk advisory. He has contributed a number of op-eds for the South China Morning Post, U.S. News and World Report, Newsweek,Washington Times, the Diplomat, International Policy Digest, Eurasia Review,Indo-Pacific Review and China Digital Times.