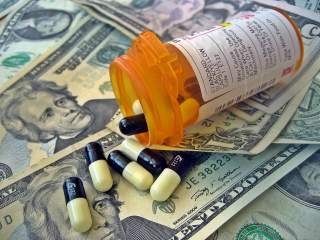 “Destroying traditional Medicare in favor of a privatized CouponCare system is at the top of the Republican agenda.” So warns the National Committee to Preserve Social Security and Medicare.

Sen. Joe Donnelly, the Indiana Democrat, vows, “I will oppose any effort to privatize Medicare or turn it into a voucher program in the future.”

The reports are cropping up everywhere in the usual, liberal circles: House Speaker Paul Ryan and President-elect Trump’s nominee for HHS secretary, Tom Price, want to turn Medicare into a voucher program. Do not be alarmed. It’s just the latest example of “fake news.”

This kind of fearmongering has been going on for years. Back in 2012, for example, New York Democratic Rep. Kathy Hochul told an audience of senior citizens that under a Medicare reform proposal developed by Speaker Ryan, “You are now going to have a voucher and you can go out and negotiate with insurance companies on your own. . . . I heard that and said: No way.”

Not to be outdone in the scaremongering business, Florida Democratic Rep. Debbie Wasserman Schultz then claimed that under Ryan’s Medicare reform, health insurance companies would be able to “cherry pick” healthy patients and drop or deny coverage to the sick.

These zealous opponents of Medicare reform are, under the most charitable interpretation imaginable, clearly misinformed.

The Merriam-Webster dictionary defines a voucher as a certificate, a “form or check indicating a credit against future purchases or expenditures.” It is a mechanism that gives the beneficiary choice and control over the flow of dollars for specified goods and services, as, for example, the federal food stamp program enables the poor to buy groceries with special debit cards.

But liberal opponents of Medicare reform use the term “voucher” or, more recently, “coupon” in a decidedly derogatory fashion. They’re trying to evoke a troubling image.

Coupon Care? Imagine the scenario: An eighty-year-old widow, on a fixed income and suffering from chronic illness, gets her skimpy Medicare “coupon” in the mail. Now she must go out and fend for herself, trying to find an affordable health plan in a wild, unregulated market dominated by voracious, corporate vultures.

It’s horrid. It’s Dickensian. Thankfully, it’s nothing more than a “Mediscare” tactic to hoodwink the public into believing that vulnerable Medicare enrollees would be left to fend for themselves in an unregulated market.

In fact, virtually all recent Medicare reform proposals, including the Heritage Foundation proposal and the bipartisan Wyden-Ryan plan, are conventional defined-contribution programs. With defined contribution financing, the government would make a generous per capita payment to a plan of an enrollee’s choice; and that payment, reflecting market conditions, would be adjusted for health risk, income or both.

For example, in Speaker Ryan’s “A Better Way” policy agenda, Medicare changes, effective in 2022, would include defined-contribution financing within a fully competitive but regulated Medicare health insurance market. Low-income enrollees as well as people with higher health risks would receive additional financial assistance.

Under Ryan’s approach, plans would compete to provide Medicare’s traditional benefits. They would also be required to provide full catastrophic protection—something not assured in today’s program. Operating under Medicare’s traditional insurance rules, the plans could not deny coverage for reasons of health and would give enrollees the right to renew coverage each year without medical underwriting.

The Ryan approach would also retain Medicare’s community rating system, meaning that premiums for enrollees would be the same, regardless of age or health status. Under this plan, traditional Medicare, the existing Fee-for-Service (FFS) program, would be included as a participant in the updated Medicare marketplace, and thus a guaranteed option for seniors.

In Medicare Advantage and Medicare Part D, the government makes a direct funding transfer to competing private health plans, without the intervening step of sending enrollees a check or a piece of paper in the mail to purchase health insurance. Currently, Medicare Advantage covers 31 percent of all enrollees, and Medicare Part D covers an estimated 76 percent of all Medicare enrollees. This means the vast majority of seniors already get care under one or both of Medicare’s government-regulated, defined-contribution financing arrangements.

Another working model of defined-contribution health care financing is, of course, the Federal Employees Health Benefits Program (FEHBP). This popular and successful program of competing private health plans has covered federal workers and retirees since 1960. In fact, the “Better Way” Medicare proposal would operate in a fashion “similar” to the FEHBP, which the Heritage Foundation has long endorsed as the best model for Medicare’s future.

Americans need and deserve a serious debate about the future of Medicare. They especially need a civil and fruitful discussion about how to preserve the Medicare guarantee in the face of the enormous demographic and financial challenges facing the program.

Medicare enrollees and the taxpayers who support them should ignore anyone—be they media propagandists or members of Congress—who blatantly misrepresents serious Medicare reform proposals. They should pay attention to the reality, and the promise, of the increasingly successful role of private plans and defined-contribution financing in today’s Medicare program.