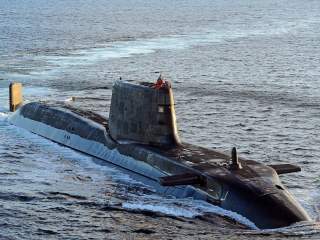 The art and science of naval command has traditionally been passed on from captain to captain through tutelage and mentoring. Cook and Nelson, in particular, trained many junior officers who went on to illustrious careers in the Royal Navy. This system began to break down in World War One when an expanding fleet and high loss rates meant that submarine commanders, in vessels unlike anything they had known, weren’t able to learn on the job. In 1917 the Admiralty introduced a formal course of instruction in submarine command which continues today. It eventually became famous as the toughest leadership program in the world and the high failure rate made it known as the ‘Perisher’.

While much about the Perisher is understandably classified, there’s quite a lot of information in the public domain about how it’s run. It’s a four-month course combining theoretical work, simulation exercises and two critical months at sea off the west coast of Scotland, including a final intensive month. During this last stage the submarine will be engaged in relentless exercises of search, detection, evasion, surveillance and simulated combat with up to three frigates plus air support, often in confined waters. There’s also an exercise against another submarine. Groups of four or five students are overseen by a guide and examiner known universally as the Teacher. If necessary, the Teacher has the right to resume control of the submarine at any time if safety is threatened. The Teacher will take notes, advise and criticize, but not make decisions for the students, who must learn that while surrounded by crew members they’re also alone. Success in the Perisher entitles an officer to be entrusted with command of a nuclear powered submarine worth close to AUD$1 billion and the lives of more than 100 crew members.

The Perisher is designed to be tough. Entry is highly competitive. Success or failure is decided by the Teacher, whose word is final. There’s no appeal and no second chance. Those who fail are unlikely ever to serve at sea in submarines again. The Royal Navy is determined that any applicant for the course realizes that it’s serious. The Perisher is planned deliberately as a high stakes game of all or nothing, reflecting the responsibilities of submarine command. If officers find that too daunting, they shouldn’t apply.

Normally, successful students go on to become Executive Officer in a submarine and a full commander within about two years. With a typical pass rate of just over half and only one or two groups training simultaneously, the program can provide a small pool of potential commanders to replace those promoted or retiring from the UK fleet of four ballistic submarines and three (eventually six) attack submarines. However, that’s at the cost of tying up considerable fleet resources for months at a time. Pass or fail, participants invariably claim that the Perisher gave them more insight into their own character and personal limits than they’d imagined possible.

The Perisher is intended to impart a wide range of skills, but its ultimate objective is to instil a particular mindset deemed essential in a submarine commander in combat conditions. The commander must be able to think in multiple dimensions simultaneously, focusing on what’s happening around, below and above the ship. That must be projected through time, with various scenarios juggled in the mind constantly to assess their changing probabilities. Information coming from the control room must be noted, then screened out if normal and acted on if not normal. Submarine warfare is intrinsically high risk and myriad risks must be estimated and reviewed. Most decisions must be made within seconds and commanders need to get decisions right first time consistently and, on the few occasions when an incorrect decision is made, it must be recognized as such almost instantly and reversed. The student must internalize this mindset to the point where it becomes part of his or her character. It mustn’t diminish under stress or fatigue and it must be switched on or off instantaneously whenever required.

Yet the Perisher isn’t just about analysis and decision-making under pressure. The Teacher will be looking for evidence of a rapport with the crew, especially in the control room. Ship performance is always a team effort, but crew members give their best when they have absolute confidence in the judgment and professionalism of the commander on whom their survival will depend. Part of the awareness of the environment which the Perisher seeks to develop is the commander’s understanding of what the crew members are doing, rebuking or overruling where necessary but also commending good performance. Sailors can sense indecisiveness or anxiety in a commander and it rapidly becomes contagious.

As a training program the Perisher is subject to a number of constraints. It isn’t about strategy, which is assumed to emerge mysteriously from the corridors of the Admiralty. The commander’s task is to find the best way to achieve given objectives. Nor is it about the nuts and bolts of running a submarine, such as logistics, equipment inspection, on-board maintenance and the like, which are ultimately the commander’s responsibility. Applicants have invariably served for up to ten years in submarines and such knowledge is taken as read.

Potential application of the Perisher model to other forms of naval or military training is limited. Leadership takes many forms, and there are similar testing programs for command of surface ships, infantry officers, commandos and fighter pilots. However, in the future the Perisher may come to have special relevance to organisations which need to train people to command in conditions of complexity, information uncertainty or overload, high stress and severe time constraints. These could include field officers in emergency relief operations, air traffic control managers and counter-terrorism response directors who are required to make decisions quickly, and often under stress when mistakes can cost lives, and yet still to get them right.

A six part BBC documentary television series entitled Perisher screened in the early 1980s (on YouTube here) and an eight part series entitled How to Command a Nuclear Submarine was screened on the History Channel in the UK in 2011 (trailer here, episodes here).