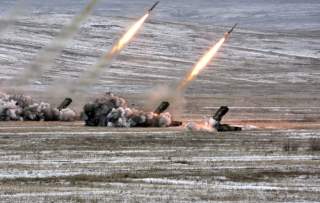 Secretary of State John Kerry looked downright exhausted as he stepped to the podium after an all-day negotiating session and revealed to the world that the United States and Russia finally came to an agreement on a comprehensive ceasefire regime for Syria. By the looks of Kerry, the new ceasefire for Syria is a big gamble that could either be Nobel Peace Prize worthy or another blunder by the United States that could unravel quickly and painfully. As Kerry himself told reporters during his joint press conference with Lavrov, “It [the deal] is an opportunity, and not more than that, until it becomes a reality.”

Compared to the previous U.S.-Russia brokered cessation of hostilities agreement in February that was largely designed to stop the violence and make it easier for humanitarians on the ground to deliver food, water, and medical equipment, last weekend's iteration is both more specific and more ambitious. Syrian President Bashar al-Assad’s air force, a killing machine for civilians, will be grounded in certain areas of the country where the moderate Syrian opposition is located. A truce between government forces and the opposition will begin on September 12, and the U.S. will start planning joint military operations with the Russians against extremist groups after seven days of calm. In addition, the important Castello Road that leads into Aleppo will be demilitarized so humanitarian aid can go in. Ramousa to the southern approaches of Aleppo will be under its own cessation of hostilities agreement.

This is the second time that Washington and Moscow have attempted to strike a deal that would lower the violence to the point where the High Negotiations Committee feels comfortable in returning to direct political talks with the Assad regime. The Syrian political opposition has told the United States that it will not re-enter the discussions unless Assad stops the bombing of civilians across the country.

In particular there are five urgent questions about Syria’s future:

Assad is ordered to ground his aircraft in areas of the country that are designated by the United States and the Russians as domains of the moderate opposition. But what happens if Assad does what he’s been doing for the past five and a half years: meets his obligations before backtracking or ignores his responsibilities altogether?  It doesn’t take a genius to figure out that, absent some sort of punishment or accountability measures, there is absolutely nothing holding the Assad regime back from resuming its bombing after a few days or weeks.

Government and opposition forces will supposedly pull back from the Castello Road and convert the area into a demilitarized zone so humanitarians can do their jobs more efficiently. Secretary Kerry said that the withdrawal from the road will include “some monitoring,” but it would be nice to know who exactly will be doing the monitoring. Will this be a U.N. force that would require approval from a dysfunctional and divided U.N. Security Council? Are government forces and opposition forces supposed to police themselves? These are important questions, because humanitarian organizations need to have assurances that they won’t be shot at or killed when using the road.  Any violence will stop humanitarians in their tracks and prolong the suffering of the people in Aleppo.

3.  How will joint U.S.-Russia operations proceed?:

U.S. and Russian military officials will establish a joint intelligence center to collaborate on the targeting of ISIL and al-Nusra positions. Presumably, targets will need to be agreed to by both parties for an operation to occur. It isn’t inconvincible the U.S. and Russia will at times disagree about whether a target should be engaged.  Is there some dispute resolution mechanism that is triggered when differences emerge in the intelligence center?

4.  Will the moderate opposition separate from Nusra?:

If extremists like Jabhat Fateh al-Sham are still operating in the same space as the dwindling number of moderate opposition forces, the whole agreement will fall apart.  As Charles Lister, senior fellow at the Middle East Institute has written, “The armed opposition in Syria now faces what is perhaps its biggest and most momentous decision since they chose to take up arms against the Assad regime in 2011.”  If they neglect to move out of the way and decouple their forces from Nusra, then it becomes more difficult to blame the Syrian government and the Russians if they start killing non-extremist fighters.

Let’s say that the U.S.-Russian ceasefire deal works perfectly.  Violence between government and rebel forces decreases, civilians are spared the brunt of more government airstrikes and rebel mortar attacks, U.N. agencies successfully reach every single besieged area in the country, and regime and opposition representatives return to peace talks. This would be a terrific development. But it wouldn’t do much to change the negotiating positions of either side.  Bashar al-Assad will still resist any attempt to negotiate his downfall or any demand from the opposition that he resign. The opposition will continue to block any scheme that keeps Assad at the top of the pyramid in a transitional government.  The peace talks will collapse again, and the fighting could very well resume.

One can only hope that the documents kept from the public address all of these points.  Because if they don’t, the second cessation of hostilities agreement could collapse just like the first — despite the dogged determination and unlimited energy of John Kerry.