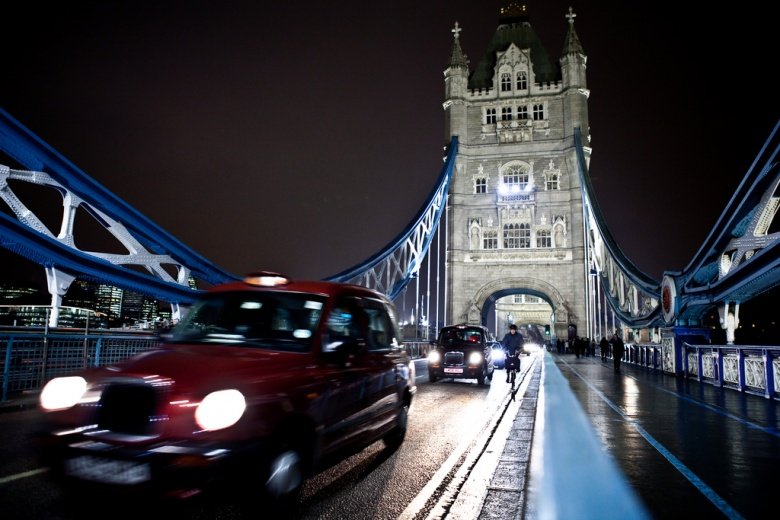 The most surprising event of the year was the United Kingdom’s vote to leave the European Union last week. Though polls indicated an extremely close race, the Leave campaign’s victory startled many here in DC, leading to an outpouring of concern, anxiety, and thinkpieces. But for every reasoned assessment of how Brexit might impact Europe or the United States, there are ten articles that rely on hyperbole and speculation. While it is far too early to predict the ramifications of Britain’s exit from the European Union, it is not too soon to highlight a few of the most egregiously speculative—and wrong—ideas being thrown around.

Myth #1: The European Union is about to collapse.

Unlikely. Some fear that Britain’s referendum results could spark a wave of new referenda as the populations in states like France, Greece, the Netherlands and Italy demand their chance to vote on EU membership. And opinion polling shows that citizens are unhappy with the EU, and are opposed to ceding more power to the European Union. Yet while Europeans generally disapprove of Brussels’ poor handling of the refugee crisis and economic issues, few are as skeptical about the EU as the United Kingdom. Younger voters across the continent overwhelmingly support EU membership, while the only other country where a majority of voters want powers returned to the national government is Greece. At the same time, those calling for new plebiscites are mostly far-right politicians like Marine Le Pen or Geert Wilders. There is little likelihood that they can force further referenda. The Brexit vote should provide a wake-up call for Brussels, but it doesn’t presage the union’s imminent collapse.

Not necessarily. It has been widely noted that the only European leader happy about Brexit is Vladimir Putin. The turmoil created by the vote certainly provides opportunities for Russia, because a Europe squabbling over Britain’s role is less likely to challenge Russia. And sanctions relief would be more likely in the absence of Britain. Yet most arguments about Brexit’s benefits to Russia are overblown. Despite the hopes of some in Washington, there was never any true potential for an EU army. And Britain’s exit from the EU is unlikely to substantially impact NATO, Russia’s bête-noir. If the United States, Canada and Turkey do not need to be EU members to contribute to NATO, then neither does the UK. Arguments about China are even more farfetched: the Chinese are thrilled about Brexit because they know it will prevent a U.S. “pivot to Asia”, which is less relevant than America’s wars in the Middle East. And for both Russia and China, Brexit carries economic risks for future trade, investment and finance.

Myth #3: Britain’s rejection of the European Union is driven by isolationist impulses.

Not really. Issues of immigration and sovereignty did play a major role in the decisions of many Leave voters, leading some to draw a parallel between them and supporters of Donald Trump’s anti-immigration policies. But it is a mistake to conflate British voters concerns about the European Union’s regulatory frameworks and path towards “ever-closer union”—or even concerns about immigration—with isolationism. The United Kingdom remains committed to NATO (where it is one of only five members to meet the requisite funding levels), and there is no sign of incipient trade barriers. Indeed, the Leave campaign has been keen to retain an open trading relationship with the European Union akin to that of Norway. At the same time, the United Kingdom has always had a more global outlook than many European states; many British voters do not even identify as European. The United States is Britain’s biggest export market, London remains a global financial hub, and three of Britain’s top five import partners are non-EU states (the United States, China and Switzerland). In short, the Brexit vote is not necessarily isolationist, but rather another round in Britain’s long-running debate between European and global identities.

Myth #4: Brexit is a geopolitical disaster for the United States.

It’s too soon to tell. Brexit is not a major foreign-policy or defense problem for the United States. Britain itself is important, including basing rights for nuclear submarines, and its participation as a member of the Five Eyes intelligence community. Yet none of that is reliant on British membership in the EU, and could even be undermined by Europe’s steps towards ever closer union. Nor is the argument that Britain provides insider support for American concerns in Brussels plausible; Britain’s influence in Europe has always been limited by the very Euroskepticism that drove last week’s referendum. But the knock-on effects of Brexit could be destabilizing or harmful to U.S. interests. A new Scottish independence referendum has the potential to reduce Britain’s capacity to act as a useful partner, while territorial disputes in Northern Ireland and in Gibraltar may escalate. And with no clear path for how Brexit will proceed, economists have no real idea how it will impact British, European and global economies. It’s simply too soon to tell.

Myth #5: Brexit is a foregone conclusion.

Your guess is as good as mine. Perhaps the most curious thing about the referendum—which gave the Leave campaign only a 3.8 percent margin of victory—has been the public outpouring of remorse from those who believed they had cast a protest vote. A petition to hold a second referendum now has more than 3 million signatories, though it remains unlikely. But it’s also notable that David Cameron, while tendering his resignation as Prime Minister, has resisted pressure from Brussels to invoke Article 50 and begin the formal process of withdrawal. With a Conservative Party facing a difficult leadership contest and the Shadow Cabinet in open revolt against Labour leader Jeremy Corbyn, the question of when a decision can be taken on Article 50 remains open. It’s also unclear whether parliament must act to invoke Article 50. And no one knows what form of associate status the United Kingdom may be able to negotiate with the European Union. In short, the next few years are uncertain. Brexit is likely to happen, but it may not happen as fast as we think, or take the form we might expect.

The EU referendum results have been touted as one of the most consequential geopolitical events since the collapse of the Soviet Union. But as these myths highlight, it’s important to keep in mind just how little we know about how the process itself will unfold, and how hyperbolic much of the concern about Brexit is. Only time will tell whether these concerns were warranted.