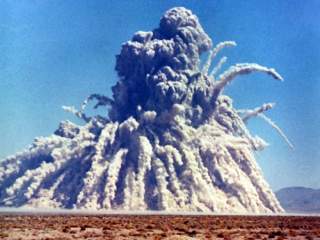 In January North Korea conducted its fourth nuclear test in the face of universal international protest. Even China, Pyongyang’s one nominal ally, joined in the criticism.

With Beijing’s support the United Nations imposed new sanctions on the Democratic People’s Republic of Korea. The U.S. and its allies warned Pyongyang of further isolation if the DPRK continued to flout the will of the international community.

Now the North appears to be preparing another nuclear test. The action might be timed for the upcoming Korean Workers’ Party congress, the first in three decades. Presenting North Korea as a powerful nation and Kim Jong-un as a far-seeing leader are among the conference’s most important objectives.

If the DPRK conducts another test, no further proof will be needed that the North intends to become a significant nuclear power. When the Agreed Framework was negotiated two decades ago, Pyongyang might have been willing to abandon its nuclear ambitions at the right price. Those days are long past. North Korea has invested too much to drop the program. Only because of its nuclear weapons does anyone beyond its borders pay attention to the North. Nukes also reinforce military loyalty to the Kim dynasty.

Moreover, the North lives the old Henry Kissinger aphorism that even paranoids have enemies. What country does not want regime change in the DPRK? The United States, backed by the Europeans, has demonstrated its willingness to oust dictators on its “bad” list, even after making a deal with them, such as Muammar el-Qaddafi. Pyongyang does not even trust its supposed friend to the north.

Indeed, what makes the prospect of another test particularly dramatic is Kim Jong-un’s apparent willingness to proceed at any cost. He can have little doubt that the U.S. will press for additional sanctions. He knows that no other government will defend his regime. He is aware that the People’s Republic of China has no affection for its small, troublesome neighbor. Indeed, after the January test the PRC approved tougher international penalties, tightened border controls, and even allowed the embarrassing mass defection of North Korean restaurant workers. Every additional DPRK provocation threatens to become the last back-breaking straw for China, leading it to target food and energy aid, which would cause Pyongyang enormous hardship.

What to do when nothing so far has worked?

First, the United States, Republic of Korea and Japan should consider how to deal with a nuclear North Korea. Two decades of pronouncements that the North must not develop nuclear weapons are for naught—and, indeed, are far more embarrassing than any busted “red line” over Syrian chemical weapons. Now what?

A refusal to acknowledge the DPRK as a nuclear power won’t stop it from being one. If North Korea continues to augment its capabilities, then what? What military, political and economic steps should be taken, and by whom? Since neither Moscow nor Beijing favors a nuclear North, how would they react? How far outward would the impact of an unstable and threatening DPRK radiate? The more likely the prospect of Pyongyang as a modest nuclear power, the more urgent serious thinking about a transformed Northeast Asia.

Second, Japan and the ROK should set aside past differences to confront a common threat. There is much blame to go around for the two nations’ poor relationship, the bulk of it resting on Tokyo. However, the colonial era ended seventy-one years ago and Japan poses no future threat to the South. These two prosperous democratic countries should prepare for problems of the future rather than reinvigorate hatreds of the past.

Third, the United States and its allies should further engage Beijing over Pyongyang. The PRC has the most leverage with the North because of the former’s energy and food assistance, but is hesitant to risk encouraging regime collapse. Thus, Washington, in particular, must address China’s concerns, including mass refugee flows, factional conflict and a reunited Korea allied with America. Lecturing the PRC about its duty to help the U.S. has never worked. The allies need to offer to share costs, acknowledge Chinese interests, and convince Beijing that they would not take geopolitical advantage of the demise of the PRC’s one East Asian ally.

Fourth, Washington should offer to defuse the perceived threat environment facing the North, backed by an offer to negotiate on issues other than nuclear weapons. This doesn’t mean blaming America, trusting Pyongyang, endorsing a nuclear North, or appeasing Kim Jong-un. Rather, it means recognizing that the current regime has reason to fear the United States. That no doubt at least contributes to its desire to be well-armed. To the extent that Kim desires a wealthier nation, he might be willing to limit his arms programs if he is less concerned about an American threat to his dynasty’s future. Maybe not, but Washington should test the possibility.

Fifth, the allies should consider the advisability of Japan and South Korea developing countervailing nuclear arsenals. America’s nuclear umbrella keeps the U.S. dangerously entangled in a potential conflict no longer critical to American security. A number of South Koreans have raised the possibility of building a bomb: the prospect horrifies nonproliferation advocates but would allow Washington to step back and might force the PRC to act.

We are approaching a time when Northeast Asia will have three nuclear powers, all potentially bad actors: China, Russia, and the North. Washington can forever remain in the middle of this unstable nuclear scrum, or America’s democratic allies can deter aggression on their own. The idea certainly is worth discussing, especially within hearing of Chinese officials.

Foreign-policy hawks ritualistically complain about the Obama administration’s failure to enforce the chemical weapons red line. If lost credibility is so important, what about the two decades of pronouncements that the DPRK would not be allowed to develop nuclear weapons? North Korea’s possession of nuclear weapons could significantly change the dynamic in Northeast Asia.

It’s still okay to hope for collapse, implosion, or some other deus ex machina to “solve” the problem of the North. But it is foolish to expect a miraculous rescue. The United States and its friends should start planning seriously for a nuclear DPRK. They should be prepared for when North Korea stands with India, Israel and Pakistan as a mid-level nuclear power.

Doug Bandow is a Senior Fellow at the Cato Institute. A former Special Assistant to President Ronald Reagan, he is author of Foreign Follies: America’s New Global Empire (Xulon).