Is America About to Go to War in Syria? 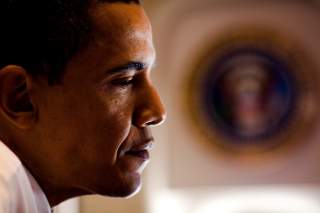 Here we go again. The Obama administration is caught in the same debate that seems to repeat itself about every six months: is it time for the United States to intervene militarily against Assad in order to save the opposition from petering out? The National Security Council reportedly reviewed that question this past Wednesday when options ranging from more economic sanctions on Russia to selective airstrikes on Syrian air force bases were discussed.

President Obama has never particularly cared what his critics think of his foreign policy or his Syria policy, but calls for greater and deeper military involvement in the conflict are now beginning to emanate on Capitol Hill from both parties. A plea for the U.S. to stop the slaughter in Aleppo and hold Bashar al-Assad accountable for his crimes of humanity is no longer an argument simply being made by the likes of Sens. John McCain and Lindsey Graham—although McCain is certainly the most consistent advocate for more aggressive American action in the war. Instead, it’s now a call made—or at least suggested—in coded terms from the Obama’s biggest foreign policy allies on the Hill: Sens. Tim Kaine, Jeanne Shaheen, and Ben Cardin.

The question that has yet to be answered, however, is whether this increasingly hawkish rhetoric on Syria is pervasive enough in both parties and in both houses of Congress to allow Obama to order U.S. airstrikes on Syrian military installations without severe political blowback at home. The horror and shock of the chemical weapons attack on civilians in the Damascus suburbs in the summer of 2013 was a galvanizing moment for many in Washington—the worst chemical weapons attack since Saddam Hussein’s gassing of the Kurds twenty-five years earlier. Recognizing that any military action against the Syrian government would need buy-in from America’s elected representatives, the Obama administration correctly decided to ask Congress for a statutory authorization before the first missiles were fired in retaliation. Less than two weeks after the chemical attacks, it became obvious that congressional support simply wasn’t there for providing the White House with that kind of authority. All of this, despite heartfelt statements issued by members of Congress about standing up for international human rights and humanitarian law and the absolute necessity to hold a war criminal responsible. When it came time to vote, the votes for action simply weren’t there.

Over three years later, Obama faces a similar situation. This time, it isn’t large-scale chemical weapons attacks that are causing the angst in Washington but the heaviest bombardment of Aleppo, one of Syria’s largest cities, with an assortment of deadly conventional weapons. Exhortations are once more emanating from Republicans and Democrats on Capitol Hill to do something, anything, to save the lives of men, women, and children. But would Congress actually authorize President Obama to take that military action, or would it once again cry from the sidelines without providing Obama with that authority?

Constitutional scholars will argue that the Commander-in-Chief has the power to decide what is important enough to the U.S. national security interest that it warrants sending U.S. soldiers and pilots into hostilities. They would be right: the War Powers Act grants the President the power to deploy military force without congressional approval for sixty days (and one thirty-day extension). If the White House doesn’t receive congressional authorization during that time, U.S. troops are required to suspend operations and withdraw from the conflict.

Syria, however, isn’t an ordinary conflict for Obama. It is a sectarian and ethnic conflict powered by regional proxies seeking to maximize their own influence. That is why Obama would likely, indeed must, ask the U.S. Congress for an authorization to use military force in the event that he comes to the conclusion that bombing Assad’s airfields and grounding his air-force is the only effective way to convince the Syrian regime to come back to the negotiating table with the opposition to strike a difficult but necessary power-sharing arrangement.

If Obama surprised even his detractors and made the decision to utilize U.S. military force in Syria, would Congress respond by stepping up to the plate? Or would it refrain from doing so in the expectation that political careers would suffer if they approved a war that the American people by and large don’t want to be involved in and is sanctioned by its elected representatives?