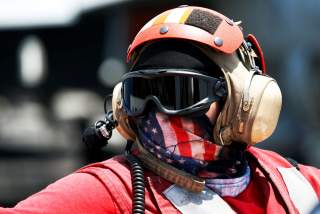 The essay below, by Andrew Beddow of the University of Michigan, took first prize in the contest.

In an 1815 letter, Thomas Jefferson wrote on Napoleon Bonaparte’s return to power and the consequent revival of major war on the European continent. Jefferson could not rejoice at the development—Bonaparte was “a political engine only and a very wicked one,” aiming at “the establishment . . . of another Roman empire, spreading vassalage and depravity over the face of the globe.” Yet Napoleon had reasserted the sovereignty of the people of France against a coalition of powers led by Britain, “the eternal disturber of the peace of the world.”

Facing an imperfect situation, in which all sides of the ongoing war were themselves inimical to the cause of liberty, Jefferson recommended nonintervention in Europe, wishing “that all nations may recover and retain their independence; that those which are overgrown may not advance beyond safe measures of power, that a salutary balance may be ever maintained among nations.” In other words, Jefferson hoped not for a universal empire under British, French, or American hegemony, mirroring the Roman despotism, but instead a concert of powers, maintaining their respective sovereignties through a delicate balancing act. Jefferson was not blind to the temptations of global power, as he remarked that the day would not be long until the United States “may shake a rod over the heads of all, which may make the stoutest of them tremble, but I hope our wisdom will grow with our power, and teach us that the less we use our power the greater it will be.”

That day seemingly arrived on December 26, 1991 with the dissolution of the Soviet Union and the collapse of the bipolarity that had defined the international order since the end of the Second World War. Without a great power rival, the United States found itself relatively unconstrained, free to pursue its project of spreading American values through international institutions, humanitarian efforts, economic and cultural exchange, and military intervention. History had ended, and American policymakers could dream of the eventual coming of a Kingdom of Ends stretching from Beijing to Boston. Of course, there remained backward nations hiding in the darkness of the past or seduced by the diversion of Marxism-Leninism, but the unfolding contradictions of their own social orders would lead them inexorably toward liberal democracy. These nations voiced their protestations against the march of the American-led order, but they were widely ignored or appeased through assurances the United States did not intend to honor.

In many cases, the United States’ efforts were well-intentioned and even successful, and most people would agree that the world at which the United States aimed then and continues to strive for now (a union of liberal democratic states linked together by integrated economies and tolerant, open cultures) is noble in the abstract. Yet the roughly two-decade period of unchallenged American hegemony begot the delusion that the United States could easily and unilaterally design an international order through political fiat. Equipped with the greatest military, economy, culture, and web of diplomatic ties, the United States could leverage its vast resources to press noncompliant states into submitting, a process of gradual reform that would presumably snowball into a self-sustaining global liberalism. This remains, in essence, the core belief of liberal internationalists and neoconservatives: that the United States can spread liberal values by way of the promotion of liberal institutions (e.g. ‘nation-building’) and the upholding of liberal norms (e.g. punishment of violators of international law).

This blueprint may have seemed plausible in a unipolar world, in which none of the major powers had both the strength and inclination to resist the aims of the United States, but that is not the world faced by American policymakers today. The United States remains the most powerful nation in the world, endowed with tremendous latent resources, but, at the same time, it confronts potential adversaries who are capable of successfully challenging American interests—at least locally. More importantly, it is no longer clear that the arc of history bends toward an inevitable liberal international order, as some of these potential adversaries have shown that alternatives to liberal democracy are capable of surviving and even potentially thriving in the modern era. There is no indication that the alleged ‘inner contradictions’ of these authoritarian societies will unfold at all, let alone into liberal democracy.

Now it is more important than ever for the United States to adopt a grand strategy—a clear definition of core American interests and goals based on a sober assessment of the balance of power and interests across the world. American policymakers can no longer imagine the world order as static, as a mere assortment of difficulties to be resolved through the cooperation of cosmopolitan technocrats. The world has revealed itself today for what it was still below the surface during the period of American unipolarity: a constellation of complex and dynamically interacting actors with divergent interests. The principal failing of contemporary foreign policy is to imagine the world as a passive condition to be operated upon, and, in doing so, to fall into a kind of myopic focus on particular challenges and crises. A grand strategy must conceive of the world order as a systematically integrated unit, in which each particular is but a part of the whole. Therefore policies addressed to particular crises must always take account of an overarching objective and, by extension, of all other particulars bound up in this pursuit.

There are numerous crises in which the prevailing thought of Western (by which I mean especially American and European) policymakers has collapsed into the kind of shortsighted fixation I have just described, and in these cases the assessment of the bare facts seems always to lend itself trivially to an obvious solution—Russia has violated international law in Ukraine, therefore it must be punished to uphold international norms; Bashar al-Assad has massacred innocents in Syria, therefore he must be deposed, and so on. In each case there are strong arguments to be had as to why particular interventions are bound to fail or produce unintended consequences the severity of which may outweigh the reasons given for the original activist policy—Russia has proven resilient against American sanctions that lack strong European support, Assad cannot be deposed easily and without strengthening ISIS, etc.

Yet the greatest failing is to imagine that these two issues are not intimately intertwined, and in fact connected with a thousand other vital concerns, many of which cannot even be anticipated in advance. We might think that the United States has a vital interest in forming a balancing coalition capable of containing the rise of China—how might additional sanctions that further alienate Moscow from the West affect the prospects of Russian cooperation in this coalition? Similarly, how might mission creep toward large-scale intervention in Syria affect the national debt, and therefore the ability of the United States to sustain an adequately large military presence during a more chaotic period years from now?

Intervention is occasionally justified, and the United States both improves the condition of mankind and benefits itself through its continued participation in international humanitarian efforts and multilateral cooperation. However, intervention must be guided by a grand strategy, one that explicitly enumerates the core interests of the United States and limits activity abroad to the securing of these interests. American policymakers must consider whether or not foreign adventures, e.g. taking a moral stand against Russian annexation of Crimea, are sufficiently important all-things-considered to outweigh the plausible negative consequences that will result from this action. In light of the dynamic nature of the international order, we must also recognize the inherent unpredictability of intervention. Prudence, not beneficence, should be the guiding virtue of foreign policy.

The international order is, by its very nature, resistant to design. There is an essential disharmony of interests in the realm of politics that frustrates attempts at planning and that reasserts itself after periods of relative stability. The United States cannot abnegate its role in pursuing world order, but it also cannot afford to ignore the integrated complexity and inherent unpredictability of the international system. Intervention should not be categorically renounced, but it must always be countered by a presumption in favor of non-interference based on skepticism toward attempts at rational construction of world order. Intervention not limited by doctrine is akin to blind central planning, wandering from ad hoc solution to ad hoc solution with no idea of the relative importance of the problems confronted, since such an interrelation can only be coherently conceived under a scheme of overarching values—that is, core interests in terms of which each particular must be considered.