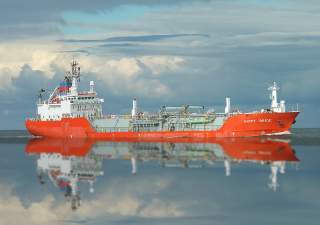 The current issue of Foreign Affairs features an essay by economic historian Douglas Irwin about “The False Promise of Protectionism.” But the magazine cover adopts a more ominous tone to promote Irwin’s piece: “Why Protectionism Is Dangerous.” The ploy worked: I flipped to that article first.

Irwin makes a convincing case for why protectionism is harmful economically. He draws on examples from history, including the infamous Smoot-Hawley tariffs that deepened the Great Depression and the less well-known import restrictions imposed in the 1980s, and demonstrates how those trade restrictions begat responses that ultimately hurt the very workers and consumers they were designed to help. He concludes that similarly “protectionist measures today would prove much more disruptive” in part because the World Trade Organization allows for such retaliation. But Irwin also shows that protectionism is damaging even when other countries don’t retaliate. Because “trade restrictions increase the price of imported goods,” which reduces “the amount of money [consumers] can spend on other goods.” This amounts to “a kind of regressive tax,” Irwin notes, because “low- and middle-income households benefit substantially more from trade than do high-income households.”

Irwin is certainly correct that the harms of trade protectionism far outweigh the temporary benefits that might accrue to the handful of workers in privileged industries briefly sheltered from the vicissitudes of competition. But there is another element of trade protectionism that also deserves attention, consistent with Foreign Affairs’ cover pitch: protectionism is dangerous because it increases the likelihood of conflict.

The notion that trade between nations is conducive to peace has a long pedigree. Predatory gain was a principle cause of war for much of human history. Great empires grew by conquest, seizing land, booty and slaves from those they conquered.

But a generation of Enlightenment philosophers imagined a different set of arrangements, whereby countries grew wealthy not by conquest, or by denying their adversaries access to goods, but rather by affirming the rights of all nations to trade freely. In the span of a few hundred years, trade went from being a cause for war to a cause for peace.

The economist Samuel Ricard explained that “gentle commerce” would alter the ways that individuals interacted with one another. Montesquieu concluded, “the natural effect of commerce is to bring peace.” Immanuel Kant agreed. “It is the spirit of trade,” Kant wrote in his First Supplement: On the Guarantee of a Perpetual Peace, “which cannot coexist with war, [and] which will, sooner or later, take hold of every people.”

By the mid-nineteenth century, such ideas had spread widely. British intellectuals and politicians, including Richard Cobden and John Bright, the leaders of the Anti-Corn Law League, took up the cause of trade as a force for peace. Cobden spoke of free trade “drawing men together, thrusting aside the antagonisms of race, and creeds and language, and uniting us in the bonds of eternal peace,” and predicted that trade would cause the desire for empire to wither, and for mighty militaries to “die away.” John Stuart Mill argued that “commerce [was] rapidly rendering war obsolete.”

Alas, all of these confident predictions seem hopelessly naïve when juxtaposed against the human carnage that occurred in the course of the two world wars in the first half of the twentieth century.

Perhaps no one felt this more acutely than the British journalist Norman Angell. In 1909, Angell published a pamphlet entitled Europe’s Optical Illusion, which he later expanded into a book, The Great Illusion, purporting to prove the linkage between trade and peace. Angell argued that war—especially war between the industrial nations of Europe—was foolish and futile. Outright conquest would not generate sufficient economic gains for the conqueror to justify the expense, not to mention the risks. In fact, wars were more likely to make states poorer, not richer, as conflict would not only cost lives and money, but also disrupt the bonds of trust and cooperation that had been built up over many decades through trade.

And yet, despite their close economic ties, the countries of Europe did go to war with one another. Ever since, skeptics of the capitalist peace have pointed to World War I, and later World War II, as definitive proof that Angell was badly mistaken.

Nothing could be further from the truth. As noted, Angell didn’t declare that war was obsolete, but rather that it should be obsolete. Indeed, his claim that war was unlikely to achieve favorable results at reasonable cost was almost certainly proved by the previously unimaginable devastation of the world wars.

Recent research has largely affirmed Angell’s (and Mill, Cobden and Ricard’s) basic insights, but with some clarification. The political scientist Erik Gartzke places particular importance on economic freedom as a cause for peace, even more important than trade, per se. Also, Angell focused too narrowly on economic gain as the primary, or even sole, motive for conflict. Greed was only one of the traditional causes for war; equally important were fear and honor.

Mutually desired things, from coveted land to scarce resources, may be profitably traded or negotiated for, but might still provide occasion for wars to be fought, as they have for most of human history. Uncertainty is critical. The contestants may misconstrue or misunderstand what the other party is willing to accept in a negotiated settlement, or the lengths that they will go to secure similar ends if they perceive themselves to be at a disadvantage.

University of Virginia Professor Dale Copeland explains that states dependent upon commerce for access to critical resources will react differently depending upon their expectations for the future. “When a dependent state has positive expectations, it is more likely to see all the benefits of continuing the current peace and all the opportunity costs of turning to war,” Copeland writes in Economic Interdependence and War.

What are the world’s expectations with respect to the United States’ commitment to free trade? President Trump has dropped some of his harshest protectionist rhetoric of the campaign—backing away, for example, from his pledge to label China a currency manipulator, and postponing a decision to renegotiate or even withdraw from NAFTA—but he did quit the Trans-Pacific Partnership, and seems to retain his long-standing skepticism of the benefits of global commerce.

Critics of President Trump’s trade views shouldn’t focus merely on the economic damage that his protectionist policies are likely to cause. They should also consider how less trade between nations increases the likelihood of war.