America Has No Choice But to Cooperate with Russia in Syria 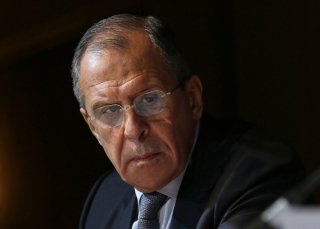 The United States is running out of options in Syria, and the Obama administration is becoming increasingly desperate. That was the broad assessment from the White House's harshest critics on Syria policy upon news that Washington is willing to offer another quid pro quo to Moscow: operational coordination against terrorist groups in exchange for a Russian commitment to stop Bashar al-Assad from attacking Syrian civilians and the moderate opposition.

The news was first broken by Washington Post reporter Josh Rogin, who was given the Joint Implementation Group's draft document by an anonymous source. The document reveals the closer interaction between United States and Russian military forces operating in Syrian airspace. It appears to be the Obama administration’s latest attempt to salvage something that resembles a policy in the war-shattered country.

According to the document, the Joint Implementation Group would be based in Amman, Jordan and would be composed of American and Russian military officers, intelligence officials, lawyers and support personnel who would collate intelligence information against Jabhat al-Nusra and ISIS targets in Syria. Information between both countries would be exchanged and acted upon if U.S. and Russian representatives both agreed that the target being investigated is important enough to strike. “With the exception of imminent threats to the participants where prior agreement on a target is infeasible,” the terms state, “the participants will only take action against Nusra targets that are agreed to in advance.”

In return for a more synchronized counterterrorism effort in Syria, the Russians would provide the United States with assurances that the Syrian military would ground their aircraft in designated zones across the country. All Syrian military operations outside of those designated zones would be reported to the JIG in Amman in order for the joint U.S.–Russian group to monitor their operations and confirm that Bashar al-Assad is complying with the terms of reference.

Republicans in Congress are certain to bash any military cooperation and coordination with Vladimir Putin, who has—let’s face it—transformed Syria into his personal playground where new Russian munitions and weapons systems are tested for the entire world to see. There is intense opposition in the Pentagon, the State Department and the intelligence community to the proposal. Any information-sharing with the Russians that is not absolutely necessary is perceived by a significant faction in the U.S. government as akin to a reward for their bad behavior in the air—behavior that has resulted in thousands of civilian casualties and in an ideal world, a pile of referrals to the International Criminal Court for war crimes violations. And lest we forget, there is a very vocal element within the State Department about the entire U.S. enterprise in Syria, which was categorized in the now infamous dissent channel cable as morally bankrupt and strategically incoherent. In an appearance on WBUR’s Here and Now, Rogin reported that the only agency within the U.S. national security bureaucracy that is solidly behind the proposal is the National Security Council, an interagency body staffed in the White House that has its own problems with the Defense and State Departments.

Yet there is very little reason why the United States would not at least attempt to reach out to the Russians. Whether we like the way Moscow has conducted its Syria campaign or not, the fact remains that the Russians at this point in the conflict have more leverage with the Assad regime than the United States ever had (with the moderate opposition it supports with air power, antitank weapons and ammunition). Due in part to President Obama's reluctance to engage the United States even further into a sectarian and proxy civil war, in addition to the reality that a sudden collapse of Assad's regime would likely result in more terrain for al-Nusra and ISIS to play around with, the moderate opposition has never been given the military support needed for a serious negotiation to take place. Combine that with the firm position of the Russians and it's no wonder why Assad's regime is still in power. The Russians may not like Bashar al-Assad personally, and think he is an oaf who inherited power from his father, but they nonetheless recognize that Assad leads a government and an army that is serving as a backstop to any further expansion of jihadist elements in Damascus, Homs, Hama and the coast.

Like many plans with the Russians, this joint military proposal in Syria may not go anywhere. In fact, it will probably be altered in some fashion during the many conversations Secretary of State John Kerry has with Foreign Minister Sergei Lavrov. Moscow may break its commitments, just like its previous promises about reigning in Assad's army turned out to be misguided. But the plan should at the very least be debated within the corridors of Washington, because it puts the Russians on the spot one last time.

Vladimir Putin has been asking President Obama for a more extensive discussion on the counterterrorism issue in Syria for at least a year. If Obama decides to give Putin what he's asking for, the establishment of a joint operations center will provide Washington with a final judgment on Russia's sincerity. Ignoring Moscow certainly hasn't resulted in much progress.