America May Push Iran Into Becoming the Next Nuclear Crisis 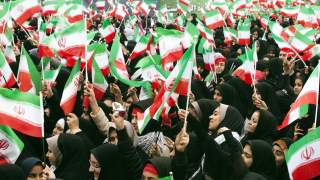 It’s no secret that the Trump administration is busily building a case to have the United States repudiate the P5+1 nuclear agreement with Iran. Even when the president grudgingly conceded that Tehran was complying with the explicit terms of the accord, he groused that Iranian leaders were violating “the spirit” of the document. A cynic could easily have pointed out that a key reason why nations spell out the binding aspects of an agreement through written provisions—rather than relying on vague oral comments and handshakes—is that only the written clauses constitute true obligations. Disagreements about the “spirit” or intentions could be endless. The preponderance of evidence indicates that Iran has, in fact, abided by its legal obligations under the agreement.

Unfortunately, administration officials and a vocal flock of hawks in the United States seem determined to sabotage the accord. The latest salvo was the speech that U.S. ambassador to the United Nations Nikki Haley delivered to the ultra-hawkish American Enterprise Institute on September 5. That address contained a multitude of distortions, all of which seemed designed to build a foundation for the administration to repudiate the agreement. Indeed, if Haley’s comments are taken seriously, a drive appears underway to go beyond that step and make the case for war against Iran.

An increasingly popular line of argument among proponents of a militant policy toward Tehran is that North Korea’s behavior is a harbinger of what the United States will face regarding Iran if Washington does not harden its approach. During an appearance on the Fox News program “Tucker Carlson Tonight” in mid-July, prolific neoconservative author retired Col. Ralph Peters warned that if the United States did not confront Iran now, then it would in a few years encounter the same kind of nuclear crisis with that country as the current nightmare with North Korea. Since Peters previously had recommended U.S. military action against Pyongyang, there was little doubt about what type of confrontation he had in mind.

Peters is hardly alone in making that argument. Hawks openly excoriate the Clinton administration for concluding the 1994 nuclear agreement with North Korea. Clinton’s naïve decision, they argue, enabled Pyongyang to flout the so-called restraints on its nuclear program, and we now face a much worse situation when that program is far advanced. They emphasize that U.S. leaders must not make the same error by adhering to a similar, fatally flawed, agreement with Iran. The clerical regime in Tehran is carefully watching how Washington deals with North Korea’s defiant entry into the global nuclear-weapons club. If Pyongyang causes the United States to back down, the reasoning goes, Iran will actively pursue the same ambition, regardless of any agreement to the contrary.

To bolster their case, critics of the agreement cite various experts who see a smoking gun in the form of evidence that Iran and North Korea already cooperate closely on both nuclear matters and missile technology. John Bolton, a former ambassador to the UN, has even asserted that if North Korea retains its nuclear-weapons arsenal, along with developing reliable ballistic missiles, Tehran could have the same capabilities “the next day” simply by “writing a check” to Kim Jong-un.

Using North Korea’s behavior as an excuse to trash the nuclear agreement with Iran is at best a dangerously simplistic reaction. Although hawks typically insist that their goal is to replace the current version with a better, stronger one that more effectively reins in Tehran’s supposed nuclear ambitions, at least some hardliners clearly want U.S. military action against Iran. That course would be extraordinarily reckless. Shredding the agreement even without the follow up of preemptive strikes would needlessly escalate tensions throughout the Middle East.

Admittedly, there is a risk that Iran could venture down the same path as North Korea toward the goal of a nuclear-weapons capability. But hawks learn the wrong lesson from Pyongyang’s behavior. Given the way Washington has treated such nonnuclear adversaries as Serbia, Iraq and Libya, North Korea’s desire for a nuclear deterrent is hardly irrational. Belligerent rhetoric coming from influential figures such as John McCain, Tom Cotton and Lindsey Graham (and their neoconservative allies) heightens the Kim regime’s paranoia. To a considerable extent, the United States has brought this problem on itself. Explicitly repudiating the goal of forcible regime change toward countries that are on bad terms with Washington might help reduce the incentive of those governments to develop nuclear arsenals.

Finally, even if the United States continues its misguided, sterile policy of isolating North Korea, much less embracing the perilous option of resorting to war, the adverse consequences of adopting the same tactics toward Iran would be much worse. North Korea is an obnoxious little state, but it has little significance beyond its immediate neighborhood. In terms of being an economic power, Pyongyang is a joke, and its political or diplomatic appeal scarcely reaches that level.

Matters are quite different with Iran. Like it or not, that country is a major diplomatic, military and economic player throughout the Middle East—and even into Central and Southwest Asia. As the principal representative of Islam’s Shia branch, Tehran exercises considerable influence in such countries as Iraq, Lebanon, Syria, Bahrain and Yemen. Trying to isolate Iran has been—and will continue to be—an exercise in futility. And launching a military attack on that country would trigger another disastrous war in the Middle East. The course with which the Trump administration seems to be flirting should be avoided at all costs. The president must not listen to the siren call of reckless hawks who have been wrong about so many different issues.