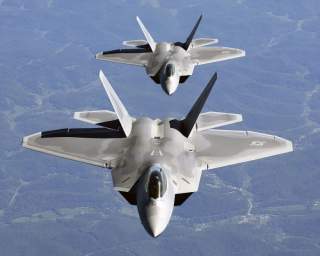 The New York Times appears to have experienced an epiphany of the obvious on Syria.

The paper has been a hospitable forum for advocates of military intervention in Syria, academics (some of whom had been senior foreign policy officials) as well as Senators. They had backed the wars in Iraq and Libya but insisted that their recommendations would work this time around. Don’t learn the wrong lessons from history…that sort of thing.

Two of the paper’s regular columnists, Roger Cohen and Nicholas Kristof, have penned all-heart-and-no-head pieces describing Bashar al-Assad’s undeniable brutality and calling for the use of American military power to stop it. Neither has yet explained how that would serve American interests, what risks the creation of no-flight zones and safe havens would involve, why such steps are nevertheless necessary, and what they have in mind should events not unfold as anticipated. It’s enough apparently to dwell on the terrible suffering of Syrians and to portray opponents of intervention as latter-day Chamberlains and Daladiers. Appeal to emotion and guilt tripping substitute for hard-headed analysis.

So it’s refreshing to read an op-ed in the Times that does what the interventionists have singularly failed to do. The authors, Steven Simon and Jonathan Stevenson, offer nothing new. Others have long since questioned the wisdom of military intervention in Syria, and well before Putin deployed troops there in September 2015.  (The warnings of Simon and Stevenson turn largely on the risks of a military clash with Russia.)  Still, when a sober analysis on a critical issue appears in the nation’s newspaper of record it gets attention. That makes it valuable, even commendable.

Simon and Stevenson stress the threat posed by Russian air defense missiles and interceptor aircraft. Establishing a no-flight zone—something many who favor using force in Syria propose—without destroying Syrian and Russian air defense systems would be irresponsible to say that least. Some weaponry wonks, even those leery of intervention, maintain that American F-22 Raptors could make short work of Syria’s surface-to-air missiles and air force, and even Russia’s much-vaunted S-400 anti-aircraft missiles and its Su-30, Su-34, and Su-35 fighter jets, allowing for follow-on raids by American aircraft less advanced than the Raptor.

Leave aside Clausewitz’s warning about “friction,” unforeseen events that bedevil the best-laid war plans. Those who tout the prowess of American airpower avoid the central question about intervention.  So do Simon and Stevenson.  What conceivable American interests would be served by risking war with Russia in Syria?

States obviously don’t always avoid war. The United States would presumably defend the Baltic states were Russia to attack them. But there are no American interests, let alone treaty obligations, that warrant courting a military clash with Russia in Syria. (That does not make the suffering of Syrians irrelevant. But more can be done about that on the non-military front. The options include taking in more refugees, which, to their credit, Cohen and Kristof have called for and funding relief agencies such as the World Food Program adequately. Most wealthy countries—not just those in the West—have not done either to the extent feasible.)

The Obama administration has sometimes been pilloried for lacking having a plan to shape Syria’s battlefield. It did have one; the problem was that it didn’t work.

The strategy was to arm and train moderate Syrian resistance groups so they could battle Assad’s army and Hezbollah allies. The United States cooperated with Saudi Arabia, Qatar, and Turkey to this end and also ran its own covert operations. This collaboration began as early as the summer of 2012, though Qatar, Saudi Arabia, and Turkey appear to have starting aiding the Syrian resistance earlier that year.   By then, Assad’s 2011 crackdown on Syria’s Arab Spring protestors had provoked an armed rebellion, which he has failed to quash as his father Hafez did in Hama in 1982.

Pretty soon, however, it became apparent that there were no moderate fighters with the numbers and firepower and territory under their control to achieve this goal.  The Saudis and the Qataris and the Kuwaitis had placed their bets on radical Islamists such as Al-Nusra (which renamed itself Jabhat Fatah al-Sham this summer, presumably to shed the baggage of its Al Qaeda affiliation) and Harakat Ahrar al-Sham. These and other groups wedded to creating an Islamic state in Syria were supplied with arms via Turkey, and individuals and organizations soliciting funds for them were allowed to operate freely in these Gulf countries.

Saudi Arabia and Qatar don’t have identical views on Syria. But neither has backed Assad’s foes primarily to save innocent people. These two states are not exactly paragon of human rights, and Saudi Arabia’s air campaign in Yemen has shown a singular lack of regard for civilian lives. Their principal objective has always been erasing Iran’s presence in Syria; and for winning the Sunni-Shi’a contest in the Middle East, the hardline Syrian Sunni Islamists were not only the strongest groups, they were also ideologically preferable.

As a result, very soon there was no political middle left in Syria. The war became one of extremes: a repressive, blood-drenched Ba’athist regime versus hardline Islamist enemies, who considered it an apostate Iran-fed Alawite creature. Turkey, for its own reasons (mainly a fixation with ousting Assad, who was seen as either allowing or enabling a Kurdish statelet in northern Syria), also threw its lot in with the Islamists.

The United States could have ramped up arms supplies to beef up the moderates, but in a murky battlefield with shifting lines and alignments, there was no reliable way to ensure that the guns would reach only the intended recipients.  In short, Washington lacked a robust client on the ground. That was a huge problem. There was no other way to deprive Assad of territory so as to topple him, or at least to force the Syrian state to sue for peace.

The White House turned to the Syrian Kurds, but their objective was and remains the creation of a territorial continuous homeland (“Rojava”) in northern Syria.  hey have their eyes on some Arab-populated lands as part of this project, but aren’t about to become foot soldiers in an American war against Assad and the Islamic State, overextending themselves and suffering losses that would imperil their struggle for autonomy a la Iraqi Kurdistan, if not independence.

Putin sent his troops to Syria, fearing that the gains made by the Islamist groups in Idlib province would breach Assad’s Alawite bastion in Latakia province and lead to the Ba’athist state’s collapse. Even Putin’s worst detractors concede that his audacity has changed the game. No doubt. But we don’t yet know in what way. It’s certainly premature to predict a Russian victory.

Russia has indeed prevented Assad’s fall and protected its strategic interests, which go back to 1954. (The idea that Putin’s intervention was really designed to divert attention from Ukraine is absurd: it has strengthened anti-Russian sentiment in the West, ensuring the extension of US-EU economic sanctions.)

But has Putin emerged victorious?

Syria lies in ruins. Even if Russia helps Assad wrest control of Aleppo, his antagonists won’t quit the battlefield. They still have ideological zeal and external supporters. Furthermore, they will wait to see what a Hilary Clinton administration—which, judging from its bench of foreign policy advisers, will contain several interventionists—does in Syria once it’s through with ceremonies and settles into the task of governing.

As for Assad, his dependence on Russia can’t be denied, but his ambitions likely exceed Moscow’s, and he does not lack leverage. Putin didn’t send soldiers to Syria as a favor to Assad; he did it to protect perceived Russian interests. That means that he can’t very well bend Assad to his will by threatening to exit. The collapse of the Syrian state would render the Russian intervention meaningless. Putin may be in for a longer war than he bargained for.

There are no winners in Syria. Its people have suffered horribly and have died or been maimed by the hundreds of thousands. It will take decades at minimum to rebuild a country that was once prosperous by regional standards but has been turned into a wrecking zone—and this assuming that Syria as originally constituted survives, a very iffy assumption, to say the least.  An entire generation of Syrians will be affected by the cruelties of this war.

The Syrian people have endured horrors and face challenges beyond comprehension. Yet these tragic realities do not warrant intervention by the United States. Some problems have no solution. Many more lack an American solution, boisterous talk of exceptionalism and the indispensable nation notwithstanding.