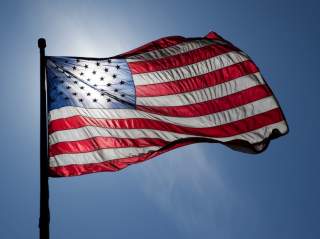 At Foreign Policy last week, David J. Rothkopf opened his plaintive column casting Donald Trump as “the symptom of our PTSD” with a question: “How did we get here?”

As with most major events, there are many reasons, but it would be a mistake to discount the importance of a visceral human emotion: fear.

From the start of Trump’s presidential campaign, he has stoked apprehensions of foreigners, including foreigners in our midst (i.e. immigrants—or, more accurately, certain immigrants). Mexican immigrants, for example, “are, in many cases, criminals, drug dealers, rapists, etc.” They are bringing in dangerous infectious diseases. And immigrants—especially if they are Muslim, or come from predominantly Muslim countries—are likely to be terrorists. Hence the need for “extreme vetting” or a “big, fat, beautiful wall” to keep them out, and a massive “deportation force” to expel those already here.

In many respects, Trump is reading from a familiar playbook. For decades, U.S. leaders and intellectuals have engaged in varying degrees of threat-mongering to mobilize ambivalent Americans to act. For many elites, the object was to convince Americans to embrace foreign adventurism. For Trump, the stated goal is renewal here at home. But there is acommon thread connecting them.

At the dawn of the Cold War, Sen. Arthur Vandenberg advised Harry Truman to “scare the hell out of the American people” in order to generate support for the fight against Soviet Communism. In Dean Acheson’s telling, the Truman administration employed language that was “clearer than truth” when making its case. In 1998, modern-day Trumanite Robert Kagan defended Acheson’s rhetorical flourishes, claiming that such language was “necessary to return [the country] to first principles.” Less than two years later, Kagan co-edited with William Kristol a volume entitled Present Dangers, which catalogued the long list of threats that demanded urgent attention. (Osama bin Laden merited a few passing mentions, in just one chapter.) In 2003, Kristol co-authored, with then New Republic senior editor Lawrence F. Kaplan, the leading book making the case for war with Iraq. And Kristol and Kagan co-founded the Project for a New American Century, which organized over a dozen open letters urging U.S. presidents to take action against various foreign enemies in the late 1990s and early 2000s, and the Foreign Policy Initiative, which continues that work today.

It is telling that Kagan is now participating in fundraisers for Hillary Clinton, and Kristol is one of the most outspoken members of the #NeverTrump movement. That the GOP nominee has exploited the kind of alarms that they have sounded over the years doesn’t sit well with either of them.

For his part, Rothkopf catalogs the long list of reasons why Trump is unfit to be president, and concludes:

If there were a more textbook example of the narcissistic, brutal personality type from which authoritarian thugs are made, it is hard to imagine. Trump is not just an American Berlusconi, he is our Putin- or Mugabe-in-waiting. . . . This is literally an election in which any fair evaluation of the facts should result in Trump’s disqualification and Clinton’s election by acclamation.

But then he fixes on why it hasn’t played out that way: the events of 9/11, and the country’s response to it. The “psychic shock” of the attacks, Rothkopf writes,

made us feel more vulnerable and at risk than ever before. It created a level of fear that surpassed that [sic] all but the darkest days of the Cold War. This despite the fact that then, as now, we are probably safer than at any time since World War II. We’re stronger. We face no real strategic threat (except those from within our own borders). And the enemies we face, while awful, are weak, small, disparate, and doomed to fail.

America’s elites are right to be appalled by Trump’s rise. The error that they have made was in believing that they could, with micrometer-like precision, manage the public anxiety that he has tapped into. If our enemies are “weak, small, disparate, and doomed to fail,” why must we go to extraordinary ends to defeat them? Rather than admit the true nature of the threat, the elites believed that they could arouse the American people out of our comfortable slumber, and ensure that we would never feel entirely satisfied with the country’s enviable circumstances. They want Americans to be anxious about the enemies all around us—and even in our midst—but not prepared to carry out a campaign of violence and intimidation against Muslims or other questionable outsiders.

Public sentiment cannot be manipulated in this way. On the contrary, once the public’s fears are activated, it paves the way for demagogues unencumbered by prudence or good judgement.