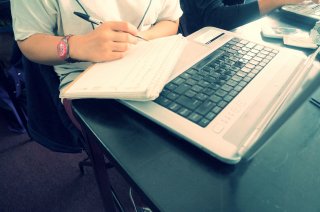 Fact checking must be counted among the many victims of this election season (others include political prognosticators and professional campaign advisers/fundraisers). PolitiFact judged 15 percent of Donald Trump’s statements as True or Mostly True, while 51 percent of his pronouncements were False or “Pants on Fire” False. Trump earned fifty-nine “four Pinocchio” ratings from the Washington Post’s Glenn Kessler, compared with seven for Hillary Clinton. Trump won the election anyway.

Last month, the Washington Post’s Jennifer Rubin offered up a solution: think tanks. “In an era of ‘fake news,’ with a president-elect who regularly lies and partisan hacks who dispute that there are such things as ‘facts,’” she wrote, “think tanks seem more important than ever.” She called on think tanks to author more joint studies, for example “a joint project confirming Russian attempts to interfere with our and our allies’ elections” and to convene more panels featuring a broad spectrum of views, including by inviting colleagues from other institutions to speak. She even called out the Cato Institute, my intellectual home for the last fourteen years. (As it happens, we’ll be hosting our first foreign-policy event of 2017 on January 17, featuring, among others, Kathleen Hicks from the Center for Strategic and International Studies, and moderated by the Post’s own Karen DeYoung. Rubin is welcome to join us.)

Rubin is certainly correct that our collective inability to sort out truth from fact is a major problem. Indeed, I’d go so far as to say that it’s at the core of what is tearing this country apart. Alas, I’m not sure that her solution will work.

In the eyes of many, the major news organizations, including newspapers such as Rubin’s Washington Post and the New York Times, and many leading public intellectuals, were, and have been all along, thoroughly in the tank for Hillary Clinton. Others, including many reliably conservative writers and publications, from George Will to the Wall Street Journal and National Review, came out strongly against Trump, or against many of his proposals. That undermines their authority as objective referees of fact versus fiction—and especially when those facts pertain to Donald Trump. NFL officials wear differently colored uniforms for a reason. We don’t trust Bill Belichick to throw a flag against his own players.

So, in our current state, who is the arbiter of actual truth from mere speculation? What institution or person can help us sort out what is true or false? Answer, no one. So everyone merely asserts, and people believe who and what they want to believe. Blog A’s facts are just as good as Blog B’s. Thus the phenomenon of, yes, fake news.

Indeed, increasingly it seems that a fact is only believed as such if it advances one’s preconceived notions (as noted by Stephen Schwartz). This is not confined merely to Donald Trump supporters, but the most notorious cases of beliefs widely disconnect from reality seem to be.

If a seemingly perfectly normal guy from North Carolina can become convinced that Hillary Clinton and John Podesta were running a child sex-slave operation in the tunnels beneath a pizza joint in Northwest DC (!), and to believe it so strongly that he traveled to DC in search of said tunnels, gun in hand, then any similarly mentally fit person in American could come to believe equally absurd things.

We’re in “Alice through the Looking Glass” territory. Or, since the Seinfeld metaphors seem to work better for me, Opposite George World: Up is down. Black is white. Good is bad. Day is night.

Confirmation bias is a persistent feature of human cognition. Convincing people to accept unsettling things as truth is difficult. It’s even harder when these inconvenient truths are detrimental to their well-being and livelihood. (Thanks to Upton Sinclair.)

I am skeptical that joint think-tank fact checking will fix the phenomenon of people believing what they want to believe. But since I don’t have any alternative suggestions, and I’m not ready to change careers just yet, I guess I have to believe (or at least hope) that it will.