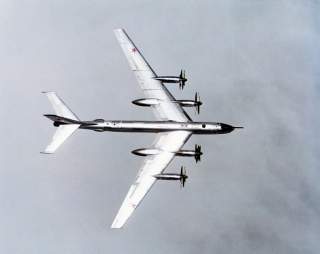 The Center for the National Interest partnered with the Charles Koch Institute to host a foreign policy roundtable. Among the topics addressed was: How Should the United States Handle Russia? Watch the rest of the videos in the series “Allies and Adversaries.”

Russia is once again at the top of Washington’s policy agenda. Recent events in Ukraine and Syria have given rise to fears of a resurgent Russia seeking to reclaim the position that it lost so convincingly at the end of the Cold War. But is this an accurate depiction of today’s Russia? How should the United States manage its relationship with the so-called “Russian bear?”

Dealing with Russia presents a dual challenge. On the one hand, the country still maintains a large nuclear arsenal with a robust second-strike capability. In that sense, Russia is perceived as a real threat to the United States’ European allies. On the other hand, the University of Texas at Austin’s Eugene Gholz reminds us “we also have to understand … the chances of self-fulfilling prophecies” whereby U.S. actions feel threatening to Russia, triggering it to act in ways that the U.S. itself then finds threatening.

In reality, Russia is nothing like what the Soviet Union was. Its territory and population are vastly reduced, its military is a shell of its former self, and Russia’s client states have been whittled down to beleaguered regimes like the Assad family in Syria. But rather than accepting that Russia represents a reduced threat, the United States has integrated the former Russian sphere of influence into its own European security network.

In the words of the University of Chicago’s John Mearsheimer: “This is a declining great power. The only reason we have problems with it is because we have pursued liberal hegemony which called for running our alliance structure right up to their border. A self-created problem.”

U.S.-Russian relations are shaped by the countries’ adversarial history, especially the Cold War. As the Soviet Union teetered on the verge of collapse, U.S. negotiators suggested that they would not move their military or alliance structures close to the Russian border. The U.S. and NATO haven’t adhered to this understanding. Instead, the University of Notre Dame’s Michael Desch notes that “the pattern since the mid-1990s has been to have NATO creeping inexorable towards the East… with the Russians thinking that all the promises or winks and nods at the end of the Cold War about NATO expansion were only so much lip service.” Russian leaders feel betrayed by the United States and alarmed that NATO expansion brought hostile troops to its border.

Recognizing Russia as a major player or great power does not make it a threat to U.S. core interests. Its strength is almost entirely contained within its own neighborhood. While Russia might be able to make trouble in countries close to Russia’s borders like Syria and Ukraine, Russia’s ability to project power outside of Eurasia is almost non-existent.

As Gholz puts it: “If we want to go in their neighborhood, that’s hard for us. But Russia is nowhere near coming to our neighborhood.” The last time that Russia or the Soviet Union tried to project power in the Western Hemisphere was in 1962 during the Cuban Missile Crisis, at the height of Soviet power. The end result was hardly a resounding Soviet victory.

Additionally, the Cato Institute’s Christopher Preble concludes that even if Russia needs to be contained, its neighbors in Europe and in China are perfectly capable of doing so, and have much more credibility.

Current American policy towards Russia seems to have produced more harm than good. On many issues, Russia could be a valuable partner in securing American interests. According to Barry Posen of the Massachusetts Institute of Technology, Russia and the United States significantly agree on how to deal with the problems of international terrorism and Iran’s nuclear program, among other issues. By isolating the country, the United States has taken the possibility of partnership on these issues off the table.

U.S. pressure has also pushed Russia to search desperately for international friends. American behavior – such as economic sanctions and increased military deployments to Eastern Europe – is creating strong incentives for Russia to work with the Chinese through a combination of arms sales and increasingly close naval drills in the South China Sea. As Posen says: “we’ve driven these two countries closer together. Russia and China are not natural allies in the fullness of time. Against us presently, they have a coincidence of interests.” Perhaps by taking a more conciliatory approach to Russia in recognizing its vital interests, Russia could be a U.S. partner rather than an adversary.

How should the United States consider its relationships with other nations? Watch the full “Allies and Adversaries” series to see how these experts approach other questions regarding global allies and adversaries.