Are America and North Korea Destined for War? 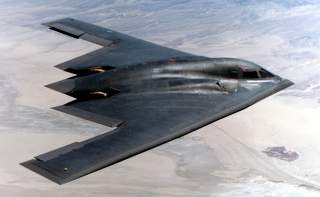 Editor's Note: In our latest Facebook Live interview (please like our Facebook page to see more of these events) Harry Kazianis, Director of Defense studies at the Center for the National Interest, and Lt. Col. Daniel L. Davis (U.S. Army Ret.), a senior fellow at Defense Priorities, discuss the prospects of war with North Korea.

Daniel Davis recently wrote on Pyongyang’s plan to weather an American attack. An excerpt of the article can be found below:

Last Friday National Security Advisor H. R. McMaster emphatically told reporters that despite what many have said to the contrary, “there is a military option” for North Korea. Tuesday afternoon at the United Nations, President Trump went even further, saying that if he felt certain conditions warranted it, then he would have no choice “but to totally destroy North Korea.” The president and his national security advisor, however, are wrong. Engaging in a “preventive war” with Pyongyang, as McMaster phrased it last month, would turn a tense situation into a catastrophic failure for America. There is no cost-effective military option and claiming there is only puts America’s security at risk.

One doesn’t have to be a military expert to see why a so-called preventive military strike would not only fail to resolve the threat to U.S. personnel and U.S. allies, but worsen it. Two anecdotes and a brief assessment of North Korean capability exposes the futility of “preventive” war.