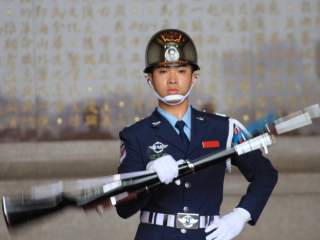 Barely a month before elections likely to bring the independence-minded opposition to power, the Obama administration has announced a nearly $2 billion arms package for Taiwan. The prospect of the first weapons deal since 2011 elicited the standard protest from Beijing about interfering in its “internal affairs” and impairing its “sovereignty and security.” China threatened to retaliate with sanctions against U.S. firms. Nevertheless, the sale should help preserve peace in the region.

The weapons are of only modest value, but affirm America’s commitment through the Taiwan Relations Act of 1979 to help Taipei defend itself. Desire for a better relationship with the People’s Republic of China has led some analysts to advocate ending the controversial sales, but the PRC’s recent aggressiveness in the East and South China Seas reinforces the case for continuing arms transfers.

The announcement also suggests Washington’s acceptance, if not endorsement, of the Democratic Progressive Party’s Tsai Ing-wen, who is almost certain to win the presidency. The DPP also may win the legislative Yuan for the first time.

In the past the United States not so subtly favored the Kuomintang, going back to Chiang Kai-shek. The tempestuous presidency of Chen Sui-bian during the 2000s cemented that preference. Now Washington has indicated its willingness to arm a Tsai government. Although she has adopted a moderate tone toward the PRC, that likely reflects realpolitik rather than conviction. She almost certainly would prefer to lead Taiwan to independence.

This appears to be the PRC’s interpretation of the deal. Xinhua News Agency declared that the sale “will set back the positive momentum as it serves the interests of those seeking Taiwan’s independence.” However, this “positive momentum” exists only to the extent that last month’s meeting between Xi Jinping and Ma Ying-jeou, presidents of the PRC and the Republic of China respectively, represents continuing Chinese forbearance. Their session failed to bridge the widening gulf between the authoritarian mainland colossus and democratic island republic, which have been separated for decades.

The Taiwanese have created an independent nation, though it is officially recognized by just a score or so countries. The island was forfeited by China after the latter’s defeat by Japan in 1895. China’s KMT government gained control after Tokyo’s defeat in 1945. With the Communist Party victory in 1949 the KMT retreated to the island. The outbreak of the Korean War led the United States to shield Taiwan from Beijing’s forces, allowing development of two Chinas, both claiming sovereignty over the other.

Washington’s eventual opening to Mao’s PRC reshuffled the geopolitical deck, leading to U.S. acceptance of one China, namely Beijing, with an ambiguous commitment to Taiwan’s (not the ROC’s) separate existence. Washington wouldn’t say that it would defend Taipei should the PRC act on its many threats. However, the United States committed to sell defensive weapons to Taiwan. Of which the new package is the latest iteration.

By any standard of justice, the Taiwanese are entitled to independence. China’s long-ago sovereignty does not trump the desire of the twenty-three million people who have dramatically transformed their society. An increasing percentage identify as Taiwanese, with little interest in the PRC. Why, indeed, would any Taiwanese want to be ruled by Beijing? However, China is committed to resisting any attempt at separation/secession. Formal independence likely would come only in battle, and require outside assistance, as did America’s struggle against Great Britain.

While the United States was willing to tip the cross-strait balance during the Cold War, that world disappeared long ago. Taiwan simply doesn’t matter much for U.S. security. The island could act as an offensive asset for use against the PRC, serving as a military base in what otherwise would be Chinese waters. However, Washington should avoid such a conflict, and that prospect only increases Beijing’s opposition to Taiwanese independence. The cultural and economic ties between the United States and Taiwan are important, but limited. The bilateral diplomatic-political connection was effectively severed with Washington’s recognition of the PRC. America is ever less likely to intervene on Taiwan’s behalf.

Indeed, the U.S. policy of strategic ambiguity has become more dangerous as China’s power has increased. Taiwan matters much more to the PRC than America. Thus, as a Chinese general not so subtly argued, the United States won’t risk Los Angeles for Taipei. Indeed, it would be madness for America to do so. It might seem equally foolish for China to risk, say, Shanghai to regain Taiwan. But it is far more plausible that the PRC might do so.

Enabling Taiwan to defend itself is the best way out of this conundrum. So long as the residents of Zhongnanhai value prosperity and stability, they have reason to avoid costly conflict. No arms sales would enable Taipei to defeat a determined PRC in war. The former’s objective, however, should be deterrence, not victory. “The idea is to complicate China’s scenarios, to make them pause, to get them to think twice before they attack,” explained Rupert Hammond-Chambers, president of the U.S.-Taiwan Business Council. The higher the price any PRC government would pay for attempting to coerce Taipei, the less likely it would try to do so. Continued patience would remain good sense.

That doesn’t mean there won’t be costs to the U.S.-China relationship as a result, but they are worth bearing. There’s likely diplomatic turbulence. In the past military meetings have been suspended, though only temporarily. There could be economic retaliation, though the threat seems overblown: defense companies are barred from supplying the PRC and sanctions against civilian sales would hurt the PRC as well.

Taipei will face a continuing difficult challenge in maintaining its independent international existence. Washington should establish a more routine weapons transfer process. Doing so would offer a form of strategic certainty short of war which would better protect Taiwanese security and advance American interests.