Bin Laden’s Last Will and Testament—and Other Oddities 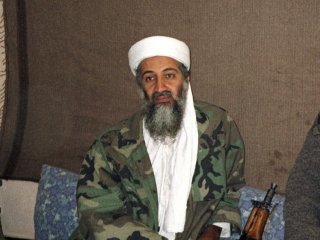 When Seal Team Six launched its midnight raid into Pakistan on May 1, 2011, and surprised Osama Bin-Laden in his boxer shorts in his Abbottabad compound, the United States succeeded in finally tracking down and killing the world’s most wanted terrorist thirteen years after he first declared war on America. But the closely guarded operation was just as important for its intelligence value. American personnel not only netted its biggest counterterrorism victory in a decade, but swept up thousands upon thousands of pages of information from bin Laden’s computer files.

The Office of the Director of National Intelligence has spent the better part of four years translating these documents, scrubbing them for any actionable intelligence that the U.S. military and intelligence community can use in the field, and releasing select portions into the public domain. On March 1, ODNI released its third batch of UBL files. They portray a man who desperately attempted to stay relevant in his very own organization, someone who obsessively sent messages to his subordinates on the most mundane of topics, and a terrorist mastermind who was consumed by paranoia.

It’s common knowledge that Osama bin Laden was a very rich man. His father, Mohammed bin Awad bin Laden, was a construction magnate from Yemen who compiled a massive fortune helping the Saudi royal family build the kind the infrastructure that was required for the country to survive and prosper. King Faisal issued a decree that essentially provided Mohammed bin Laden with a monopoly on all construction projects in the kingdom. By all indications, King Faisal and Mohammed were close.

Osama bin Laden’s piousness aside, he was a rich kid with hundreds of millions of dollars in the bank. In a will that he wrote after he was kicked out of Sudan, bin Laden writes that he wanted the $29 million of his fortune left in the country to be spent on jihad. “I hope, for my brothers, sisters, and maternal aunts, to obey my will and to spend all the money that I have left in Sudan on Jihad, for the sake of Allah,” bin Laden wrote. “The conservation about the money in Sudan is over.”

As for bin Laden’s family members, they were second-fiddle to the importance of jihad. His uncle, his uncle’s children, his son Sa’ad and one of his very own wives were given peanuts.

Ali Abdullah Saleh, Yemen’s president for over three decades, appears on multiple occasions in the latest tranche of bin Laden files. Read through them, and you can quickly come to the conclusion that Osama despised Saleh for everything he stood for.

In bin Laden’s mind, Saleh was nothing but a Western puppet who governed Yemen the way the Americans wanted him to run it. His incompetence, corruption, and mismanagement of the nation’s wealth was a stain on the daily lives of millions of Yemenis.

“‘Ali ‘Abdallah Saleh,” Bin Laden wrote in a letter, “which clearly show[ed] that he did things that are contrary to Islam for the past few decades, such as appeasing the infidels, providing for the American destroyers so they may continue their siege and kill our people in Iraq and Palestine, and conspire with the United States in the killing of Muslims in Yemen, including men, women, and children, for the goal of achieving the interests of the United States.” He concludes with a note of disgust: “He even assured the Americans that he would continue to support their operations that target Muslims.”

Interestingly, however, bin Laden argued that simply replacing Saleh would make Al Qaeda’s job far more difficult in the country. Chaos would reign, a new figure would take power who would be more willing to crack down on Islamist activity within Yemen’s borders and Al Qaeda supporters would be unable to preach in an unstable environment.

In bin Laden’s own words: “To say that ousting the apostate government and keeping the country in a state of chaos is better than allowing the survival of this apostate government is not right. We cannot spread our Da'wah while there is chaos. A country with no ruler to impose law and order among the people will force the people to act more barbarously, taking matters into their hands to protect blood and honor.”

A Draft Letter to the American People

As if the American people cared, bin Laden decided to write a letter directly to them, where he espouses the usual dictates about how their country’s leaders have failed them and why their economy was on the brink of collapse. Because this document (like all of them in the cache) is undated, we don’t know when this letter was written. References to the “new administration,” and the government’s Wall Street bailout however, suggest that it was composed some time shortly after President Barack Obama came to office.

President Obama, argues bin Laden, is not at all different from President George W. Bush. The change in policy “is tactical and not strategic”; American soldiers remain in Afghanistan, America is still at war with Muslims around the world, and it is still wholeheartedly supporting “the oppressive Israelis.”

The U.S. Government doesn’t care about the wishes and desires of the American public, but rather the interests of lobbyists on K-Street. “The course of the policies of the present administration in several areas clearly reveals that whoever enters the White House. . . is no more than a train operator. His only task is to keep the train on the tracks that are laid down by the lobbyists in New York and Washington . . . .”

Muammar el-Qaddafi Is a Nut Case

When even Osama bin Laden believes you have issues, there is a good chance that you need to start talking to a therapist. Alas, we won’t know if Muammar el-Qaddafi would take that advice, because he’s six-feet under. Yet one would suspect that the millions of Libyans that had to live under Qaddafi’s tutelage for over four decades would agree with the sentiment.

“Praise God, who showed us his [Qaddafi] humiliation, beggary, and supplication, and made him an example for the people, which example is not finished, while we are witnessing it. Praise God, who made al-Qa’ida a great vexation upon him, squatting on his chest, enraging and embittering him, and who made al-Qa’ida a torment and exemplary punishment upon him—this truly vile hallucinating individual who troubles us in front of the world! I apologize to all Arabs and Muslims for all that has emanated from this lunatic tyranny of the damned. I apologize to the free human rights activists and others—from the media. . . . And I apologize to the people of reason and literature and honor, for how this rotten individual disgraced them, Libya, and its people.”

The more we learn about Osama Bin-Laden, then, the more we discover just how terrified he was of U.S. special forces finding his location and taking him out.  Ironically, that’s exactly what happened.