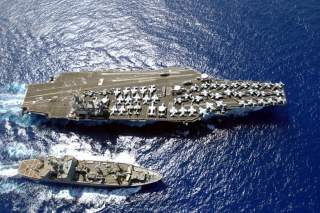 The United States is in long-term relative decline. In absolute terms, the America of the future will be richer. But because other countries like China and India, and other regions like Africa, are growing more rapidly, America’s share of global wealth will decline. So will America’s share of global military power, which, in the industrial era, is loosely rather than perfectly correlated with relative economic weight.

Primacy, as a concept in international relations, can refer either to polarity (a country’s share of global economic and military resources) or to hegemony (a specialized function within an interdependent international community). Whether defined as polarity or hegemony, American global primacy is coming to an end.

Projections of national shares in GDP in 2050 by think tanks, investment banks and consulting firms tend to converge at the prediction that the world will have three economic poles or cores—China, the United States and Europe—or perhaps four, if India enjoys rapid and sustainable growth. “The World in 2050,” a report by PwC, assigns 20 percent of global GDP (in purchasing power parity) to China, 14 percent to the United States and India, and a mere 12 percent to Europe as a whole in 2050. A 2015 report by the Economist Intelligence Unit paints a similar picture, concluding: “By 2030 the top three economies of the world will be the US, China and India. Such will be the growth of the two latter countries, in particular, that by 2050 they will each be richer than the next five (Indonesia, Germany, Japan, Brazil, and the UK) put together. This will represent a scale of wealth relative to the rest of the top ten that is unique in recorded history.” Indeed, to use PwC’s numbers, China, the United States, India and Europe together would account for around 60 percent of global GDP. Sub-Saharan Africa’s population will explode in the next few generations, but its successful development, if it occurs, will take a long time.

The “Brexit” vote in the UK, together with the growth of nationalism and populism in Europe, has doomed the elite project of creating a federal Europe that can act as a superpower in world politics. Europe will be a rich but fragmented trading bloc surrounded by colossal continental powers, the United States, China and perhaps India.

Tomorrow’s world will be multipolar, not simply bipolar or tripolar. The rise of China and India to great-power status will allow regional powers, from Turkey to Vietnam and Brazil, to play the continent-states against one another and pursue their own independent interests.

For the first time since it surpassed the British Empire in the early 1900s, the United States faces a rival that, though poorer in per capita terms and still inferior in many ways, has an economy equal in scale to its own. This is a new development. America’s earlier challengers, Germany and the Soviet Union, were nowhere near the United States in their size and resources. Other nations, like Japan, were even less able to challenge U.S. economic and potential military primacy (which began with World War I), or U.S. international institutional hegemony (which began during and continued after World War II).

John Maynard Keynes observed: “The great events of history are often due to secular changes in the growth of population and other fundamental economic causes, which escaping by their gradual character the notice of contemporary observers, are attributed to the follies of statesmen.” The increasing frustrations in U.S. foreign policy have less to do with the failures of American leaders than with deep, long-term trends that are diffusing both wealth and power away from both the United States and Europe.

In particular, the rise of China is the indirect cause, or enabling factor, of many of America’s setbacks. China’s backing helped Russia oppose the United States and its European allies during the crisis over Ukraine. China’s assertion of its power in East Asia has inspired the United States to tighten its links with allies like Japan, while proposing a Trans-Pacific Partnership treaty that, by excluding China, looked very much like part of a frantic policy of anti-Chinese containment. To the distress of policymakers in Washington, Brazil, India, South Africa and other countries have joined China to lay the foundations for new international institutions that the United States would not be able to dominate. Adding insult to injury, America’s own allies, Britain, Germany and France, disobeyed Washington’s request and joined the Chinese-led Asian Infrastructure Investment Bank.

The standard of living in the United States will probably be higher than those in China and India for the rest of the century, if not beyond. But this is cold comfort. Even if only a fraction of the population of China or India enjoys American living standards, that elite minority could number in the hundreds of millions. And claims that America’s exceptionally innovative culture will ensure a continued technological lead is at odds with the insistence of Silicon Valley that the United States cannot continue to innovate without a constant stream of students and skilled workers who are the products of primary education in China and India, among other nations. At any rate, innovation as an element of geopolitical power is overrated. In many areas the United States was less innovative than Germany during the world wars, but prevailed nonetheless thanks to sheer demographic and industrial mass.

What about primacy as hegemony? During the Cold War, the United States acted as the hegemon of the American-led “Free World” alliance. To its allies and clients it acted as a military protector, a market for exports and provided the dollar as the world’s reserve currency. Following the Cold War, optimistic policymakers of both parties hoped that America’s alliance hegemony could be translated into enduring American global hegemony. In the emerging multipolar world dominated by continent-states like China, India and the United States, along with various medium-sized powers, no nation will be able to play the role of a military, financial or commercial hegemon.

It may take time for a new system to replace the dollar as the global reserve currency. But America’s two other hegemonic functions are already under severe strain.

The world’s second-largest economy, which the United States already is when measured by purchasing power parity and will soon be when measured by market exchange rates, simply cannot function as a market of first resort for export-oriented countries, in the way that an older United States enabled the development of Japan, South Korea and Taiwan. Most of the growth of the global middle class in the future will take place in China, India and other parts of the non-Western world.

At the moment, the United States is determined to remain the military hegemon in four regions: East Asia, Europe, the Middle East and North America. But as China grows in wealth and power, the U.S. attempt to thwart its regional hegemony in East Asia may prove to be as doomed as would have been a British attempt to contain the United States in North America after 1900. If China and India successfully assert their own spheres of influence, after the model of America’s Monroe Doctrine, the United States may have no choice but to retreat from globalism.

In theory, the United States could augment its strength by maintaining the transatlantic alliance. Europeans might welcome U.S. aid in protecting them from dangers from the Middle East and North Africa. But they would be unlikely to join the United States as allies in a Sino-American Cold War. A defensive, neutralist Europe, a sort of giant Switzerland, with a foreign policy toward the Chinese, Indian and American titans dominated by commercial considerations, is a possible, perhaps a likely, outcome.

Confronted with projections of global power shifts, American triumphalists tend to put their hopes either in Chinese stagnation or collapse, or else in a miraculous rejuvenation of American wealth and power. But projections like the ones I have cited assume slower Chinese growth going forward.