Can America's Credibility Survive the Death of the Iran Nuclear Deal? 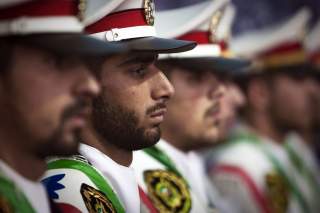 It was never obvious that Donald Trump knew much about the Joint Comprehensive Plan of Action (JCPOA), the nuclear deal with Iran, but he knew the important parts: It was Obama’s deal. It was a deal with Iran. Those two crucial facts likely doomed it from the start. Trump called it the “worst deal ever” negotiated.

Given his disdain for the JCPOA, it is somewhat surprising that he stayed in it as long as he did. He was likely swayed, temporarily at least, by Secretary of Defense James Mattis, and then-Secretary of State Rex Tillerson. Both men urged him not to withdraw. The State Department had affirmed, on numerous occasions, that Iran was in full compliance with the terms of the deal, as did the International Atomic Energy Agency, the entity entrusted with monitoring Iran’s nuclear activities.

Trump’s buddy French president Emmanuel Macron urged him to stay. His frenemy Germany’s Angela Merkel did the same. British prime minister Theresa May signaled her continued support for the deal.

Meanwhile, parallel negotiations were ongoing, giving rise to a modicum of optimism that the JCPOA might survive. As recently as last month, the State Department’s Brian Hook suggested to NPR that the Trump administration’s object was to amend, rather than end, the deal.

But President Trump was also hearing from the deal’s opponents, including the Saudis, and Israeli prime minister Benjamin Netanyahu. Netanyahu had famously lobbied against it in an address to the U.S. Congress in March 2015. He returned to the old playbook in a televised address last week, accusing Iran of having a secret nuclear weapons program—but neglecting to say that this program was terminated years ago, and thus, as CNAS’s Ilan Goldbenberg noted, inadvertently making the case for keeping the JCPOA.

Other JCPOA foes had Trump’s ear. John Bolton’s elevation to the post of national security advisor, and Mike Pompeo’s move to Foggy Bottom from Langley, likely ensured its demise. Pompeo in 2015 called the JCPOA “an unconscionable arrangement” that would “have dramatic and negative consequences on our national security for generations to come.” Bolton, meanwhile, urged Trump to trash the deal and go for regime change instead (though Iran isn’t particularly unique in that regard; Bolton wants the United States to go to war with lots of countries).

Now that Trump has withdrawn from the JCPOA, the other countries that worked with the United States to craft the deal in the first place must decide whether to continue implementing it without America.

Meanwhile, those Iranians who negotiated in good faith, and agreed to place severe limits on their nuclear program, will be accused by JCPOA opponents within Iran that they were fools for naively believing U.S. assurances.

Understanding the particulars of the nuclear deal matter to the rest of us, if not to President Trump, because only then will we know what was lost if Trump’s decision results in the deal’s total collapse. The Arms Control Association’s Kelsey Davenport provided a helpful review this morning via Twitter.

- Iran agreed to neutralize its stockpile of enriched uranium, and pledged to remain well below a threshold useful for weapons development for fifteen years.

- The JCPOA imposed one of the most intrusive inspection and monitoring regimes in the history of arms control.

- Iran agreed to abide by the terms of the nuclear nonproliferation treaty, and the IAEA’s additional protocol. This pledge did not expire under the JCPOA.

Opponents of the deal, who spoke only of the things it didn’t do, betrayed a lack of confidence in any deal with Iran. They claimed to want a better agreement, one that placed limits on Iran’s ballistic missile program, and halted its support for insurgent groups and proxies in the region.

They didn’t get that. Now they might get the one thing that the deal effectively blocked: an Iranian nuclear weapon.

That much isn’t clear, however. There is reason to believe that Iran agreed to limits on its peaceful nuclear program and ceased research on nuclear weapons years before the JCPOA ever went into effect because Iran’s leaders concluded, as the vast majority of countries have, that nuclear weapons simply aren’t worth all the trouble. As noted, under the JCPOA, Iran “reaffirm[ed] that under no circumstances will Iran ever seek, develop or acquire any nuclear weapons.”

But this much is certain: Trump’s decision to withdraw from the agreement further isolates the United States. Under Donald Trump, America has proved itself to be unreliable—untrustworthy to its negotiating partners, and unfaithful to those who made sacrifices and took risks at our behest.