China Needs to Consider the 'Finland Option' for Taiwan 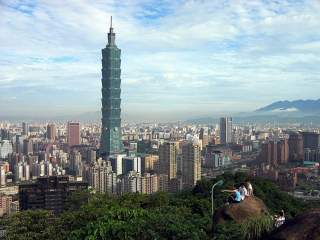 After nearly eight years of merciful quiescence, the Taiwan issue threatens again to become a source of dangerous tension. The landslide victory of the pro-independence Democratic Progressive Party (DPP) in last month’s elections underscored that Beijing’s strategy of trying to foster sentiment in favor of political reunification by first expanding economic ties between the mainland and Taiwan had failed spectacularly. Although cross strait economic relations had grown exponentially during the eight-year administration of President Ma Ying-jeou and his Kuomintang party, sentiment on Taiwan in favor of political reunification, never robust, became even more anemic.

Granted, Tsai Ing-wen is not nearly as bold or provocative in pushing the independence agenda as the last DPP president, Chen Shui-bian, at the beginning of this century. However, she and her party have a much stronger political mandate than Chen ever enjoyed. Among other things, for the first time in Taiwan’s history the DPP gained a majority—and a decisive majority—in parliament as well as winning the presidency. The electoral results have already caused Chinese President Xi Jinping to issue pointed warnings to Tsai that she must accept the principle that there is only one China and Taiwan and the mainland are part of that entity. That demand puts Tsai on a very precarious political and diplomatic tightrope.

With an impeccable sense of inappropriate timing, the Obama administration has chosen this moment to propose major arms sales to Taipei, including modern frigates to boost the capabilities of Taiwan’s navy. That decision has also draw a vehement protest from Beijing.

This is all terribly reminiscent of dangerous tensions in the Taiwan Strait in previous decades that threatened to erupt into full-fledged warfare—and warfare that would have a high probability of drawing in the United States, given Washington’s foolish commitments under the Taiwan Relations Act. Breaking the cycle of futility and tension, however, requires bold initiatives that mean abandoning deeply held desires in China, Taiwan and the United States. Such a solution entails a compromise that would fully satisfy no faction. It would, however, have the considerable virtue of putting an end to the atmosphere of crisis and eliminate the danger of a war between China and the United States over the issue.

China’s historical grievance regarding Taiwan is clear and substantial. Japan stole the territory from China in the 1895 war, and Washington’s deployment of the Seventh Fleet in the Taiwan Strait in 1950 and the years following prevented Mao Zedong’s forces from having any chance of completing their victory over Chiang Kai-shek’s Nationalist remnant on Taiwan.

But while such episodes may indeed have constituted exploitive colonialism in the first case and unwarranted meddling in the second, they do not diminish the reality that Taiwan’s development has occurred quite separately from the Chinese mainland now for well over one hundred years. Economically, politically and culturally, Taiwan is a distinct society, very different from the PRC.

In short, Beijing would face (at best) a resentful, disgruntled population if it attempted to pressure Taiwan to accept reunification. And any effort to coerce Taipei will lead to a diplomatic, and probably a full-scale military, crisis with the United States. But there may be another way for China to protect its core interests without incurring such dangerous headaches.

Understandably, Beijing does not want to see Taiwan used as a military client of another major power. It already confronted that nasty situation during the Cold War when Washington and Taipei were signatories to a mutual defense treaty. Aside from the affront to national pride (which is considerable), preventing a repetition is a major impediment to PRC officials even considering the option of recognizing Taiwan’s independence.

Nevertheless, Chinese leaders should consider the previously unthinkable: accepting an independent Taiwan—albeit under very strict conditions. The model for such an option would be Finland during the Cold War. In marked contrast to Moscow’s rigid, brutal control over its East European satellite empire, the Kremlin allowed Finland to run its own affairs—within definite limits.

Finland had a Western-style, fully democratic political system with multiple political parties and competitive elections. But Helsinki could not join a hostile alliance or allow foreign troops or bases to be stationed on its territory. It could not side with anti-Soviet powers in international disputes—or even vote with such countries on contentious matters in the United Nations. It was independence with a leash.

Could such a model work with Taiwan? It would, of course, require a painful concession on Beijing’s part: giving up the long-standing claim of sovereignty to territory that was indeed stolen from China through an act of aggression. And certainly it would require major safeguards. At a minimum, Chinese leaders would want written assurances from all relevant parties that Taipei would join no foreign alliances nor accept any military presence from the United States, Japan, or other countries. Indeed, it would be logical for the PRC to press for at least a limited military presence (say, one naval base) of its own on Taiwan to protect Chinese security interests and be certain that the island could never be used as a staging area for moves against the mainland.

Almost no one would be entirely happy with such a proposal. Many Chinese mainlanders would not like giving up the claim of sovereignty to Taiwan. Some DPP partisans would not like official constraints on Taiwan’s independence. U.S. officials definitely would not like the prospect of a PRC military presence (even a limited one) on the island or the very concept of Taiwan as a PRC protectorate.

Compromises, by their nature, are imperfect and unpopular. But if we don’t “think outside the box” regarding Taiwan, we are in danger of careening toward disaster. The current situation in which the mainland insists that Taiwan must continue to pretend that it is not an independent society and that reunification with the one-party PRC will take place someday, and the Taiwanese (backed by the United States) insist that it will not take place without their consent (which will never be forthcoming) is not likely to turn out well. The only question is when, not if, an ugly military clash takes place. We need to take meaningful steps now to avoid such a tragic outcome.

Ted Galen Carpenter, a senior fellow at the Cato Institute and a contributing editor at the National Interest is the author of ten books on international affairs, including America’s Coming War with China: A Collision Course over Taiwan.