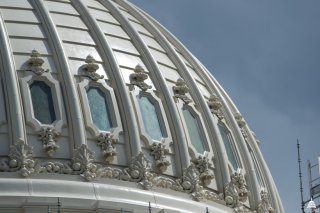 Last week, the United States Senate did something extraordinary: they passed an incredibly important piece of legislation on a bipartisan basis that would make it far easier for the families of 9/11 victims to seek financial damages against foreign nationals who aided and abetted the worst act of mass murder on American soil in modern times. That bill, called the Justice Against Sponsors of Terrorism Act (JASTA), would remove the statutory restrictions that have prevented the 9/11 families from taking a foreign national or a foreign government to court on charges of supporting acts of terrorism that resulted in the death or injury of their loved ones on that bright, September day.

For the past eight years, Americans who suspected Saudi government involvement in the 9/11 attacks tried to take Riyadh to court. In each of those instances, the U.S. court system not only denied them a final ruling, but also ruled that the U.S. judicial system is effectively closed as an avenue to press their financial claims. To date, U.S. judges in U.S. District Court for the Southern District of New York have dismissed those lawsuits on the basis of the 1976 Foreign Sovereign Immunities Act, which protects foreign governments from being sued in American courts and requires a high bar of direct causation between the state and the act of terrorism. In his September 30, 2015 dismissal in favor of Saudi Arabia, Judge George B. Daniels argued that the plaintiffs “fail[ed] to allege facts that sufficiently show that Saudi Arabia controlled the day-to-day operations of” charities that had a relationship with Al-Qaeda.

JASTA is specifically written to loosen the burden on behalf of the plaintiffs and make it easier for U.S. citizens to proceed with their complaints against foreign governments that they allege supported an act of terrorism inside the United States.

At a time when hyper-partisanship in Washington is the rule rather than the exception, JASTA passed the Senate without a single objection. It was a remarkable display of cross-party cooperation; Sens. John Cornyn and Chuck Schumer, two men who are at the polar opposites of the political spectrum, teamed up together, wrote the legislation, and lobbied their colleagues for support. To their satisfaction, it worked. Celebrating their bipartisan achievement, Sen. Schumer commented that JASTA was “another example of bipartisan legislation and, in fact, another example of a Cornyn-Schumer collaboration, which works pretty well around here.”

But underneath the congratulations and the pats on the back, the bipartisanship exhibited last week in the Senate chamber is a bit of a mirage. Despite the smooth passage of a bill that every Democrat and Republican could support (who, after all, wouldn’t support granting the 9/11 families a measure of justice?), that bipartisanship came at the tremendous cost of watering down the legislation to such an extent that victims of terrorist attacks on American soil could be stopped from having their suits heard by their own government. As Steve Vladeck of American University wrote on the Just Security blog, entitled “The Senate killed JASTA, Then Passed It…”

The fact that JASTA was passed by unanimous consent should have been a hint that something was up. Now we know what the compromise was—in order to get the bill passed through the chamber, Schumer and Cornyn introduced an entirely new section that would effectively stop any court proceedings from occurring. According to the new version of the bill, the Attorney General could ask the court to stay a proceeding for a 180-day period: all the Attorney General would need is a certification from the Secretary of State that the U.S. Government is “engaged in good faith discussions with the foreign state” to arrive at a settlement.

While it is up to the judge to grant a stay in the first place, it would not at all be surprising. According to Vladeck, “federal judges have thus far looked for any possible way to avoid reaching the merits of these suits,” preferring instead to stay far away from a controversial decision that would set a legal precedent and likely cause headaches for U.S. diplomats responsible for managing Washington’s foreign relations. Once the judge grants a stay, the federal government would be able to recertify for additional 180-day periods in perpetuity—effectively stopping any financial lawsuits against a foreign government from progressing towards a final judgment. In short: in the name of bipartisan unity, the Senate has sacrificed the right of the 9/11 victims to make their case in a U.S. court.

If this all sounds like complicated legalese with an enormous amount of lawyerly jargon, you would be right. But at its core, the Justice Against Sponsors of Terrorism Act is far more basic and important; it’s a noble attempt to right a past wrong and provide some degree of assurance to the families of the 9/11 attacks and to Americans in the future who are killed or injured in an act of terrorism on U.S. soil that they have the right to seek damages from a foreign government. The latest iteration of JASTA that cleared the Senate last week, however, would potentially block American citizens from making that case by granting the U.S. Justice Department the authority to block the proceedings in its tracks.

Now that JASTA has passed the Senate, the House of Representatives will get their turn to craft their own version of the bill. As the House Judiciary Committee starts their work, they should remove the “stay” provision or at the very least force the U.S. Government to prove to the court that a stay is absolutely necessary beyond a simple certification from the Secretary of State. If that is a bridge too far, lawmakers in the House should seriously consider removing the ability of the Justice Department to recertify every 180 days indefinitely. If the United States cannot arrive at a settlement after twelve months, then Washington should allow lawsuits to continue.

Bipartisanship is a valuable thing these days in Washington. But when bipartisanship has a major impact on a bill and permanently blocks Americans from achieving justice for the most horrific crime that has occurred on U.S. soil since Pearl Harbor, it turns into obstruction of the highest order.