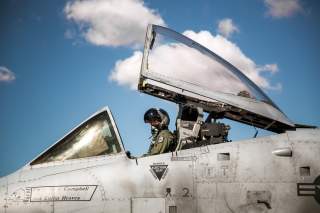 The Pentagon killed a 2015 report showing wasteful administrative spending, according to a Washington Post exposé by Craig Whitlock and Bob Woodward. The report, authored by McKinsey consultants for the Defense Business Board, a DoD advisory body consisting mostly of corporate executives, estimated that the Pentagon could save $75–150 billion over five years by becoming more efficient and using the savings to pay for combat forces. According to the Post, Pentagon officials feared that the report, ambitiously titled “Transforming DoD’s Business Processes for Revolutionary Change,” would offer ammunition to those demanding military budget cuts, so they prevented its publication. Of course it leaked.

It’s unfortunate that Pentagon officials killed the report. But their quoted complaints about its shallowness and lack of content are fair. The report claims to map a “clear path” to savings, a line the Post approvingly repeats. What it actually delivers—in seventy-seven PowerPoint slides of vacuous consultant-speak—is some good information about the Pentagon’s administrative workforce and vague reform ideas, which fail to identify “waste” and seem unlikely to save money.

The report estimates the whopping number of contractors—over a million—that the Pentagon pays, which is news in itself. But it’s not news that there’s excess overhead in the Pentagon. It employs too many generals with too much staff. The civilian-to-military personnel ratio is historically high, and no one is sure what all the contractors are doing. The portion of the budget going to operational and maintenance costs has risen, even as force structure has shrunk, partly due to increased administrative and managerial support for combat units.

But the Defense Business Board Report isn’t much help. It says that the Pentagon could save $46–89 billion by “optimizing” contracts, without explaining why they are suboptimal now. It sees another $5–9 billion in savings from information-technology efficiencies, though IT reform efforts at big U.S. agencies have a poor track record. Another $23–53 billion in savings comes from business-process reforms, like “hybrid business process innovation and agility centers,” as if the problem was a deficiency in trendy adjectives. The most concrete recommendation is “labor force optimization”—reducing civilian and contractor personnel. That’s not a bad idea, but the report doesn’t tell us who the wasteful personnel are. It settles for banalities, like “review organizational structure to identify and reduce areas of complexity and redundancy.”

The major basis for the report’s estimated savings is its claim that DoD should be able to replicate private-sector “productivity gains” of 4–8 percent annually. But that assumption shows fundamental confusion about government. The Pentagon is not beholden to profit, but it efficiently serves competing bosses in the executive and legislative branches. It doesn’t have “business processes,” really, and cannot easily make the “productivity gains” that McKinsey thinks are easy. Doing so would offend some of those purposes and masters.

The point isn’t that the Pentagon cannot be more efficient. The point is rather that saving money there, even on overhead, is more a political challenge than a managerial one. If reports like this are useful for achieving savings, it’s as a marketing trick. They don’t tell you how to do it, but they help you pretend to know. “Look,” they say, “at all this waste! Here’s some MBA stuff to combat it.” That might help convince some people to go along with the cuts you recommend or impose.

Budget cutters like to target waste because it means savings without sacrifice. Waste has no lobby or constituency, so you lose nothing and offend no one in hunting it. But true savings, even the efficiency sort where you do the same missions for less cost, don’t come for nothing. Efficiency savings include closing bases, combining or shuttering combatant commands, cutting a nuclear-weapons delivery system, lowering personnel costs and the like. All require political fights.

Bigger savings require going after the Pentagon’s efficient pursuit of foolish goals—by reducing military missions. With fewer wars to plan and fight, we could have less force structure, build fewer weapons and pay fewer people. That means fighting more than waste. In the meantime, one place to find waste is the Defense Business Board’s report budget.

Editor’s note: Subsequent to the writing of this article, Pentagon officials denied suppressing the report, noted that it has been online since publication and pointed to a news story written about it then.

Benjamin H. Friedman is a research fellow in defense and homeland security studies at the Cato Institute.

Image: An A-10 Thunderbolt II at Biggs Army Airfield. Flickr/U.S. Department of Defense