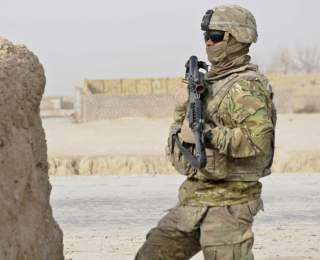 In the aftermath of the Orlando massacre two weeks ago, there were renewed calls by members of congress, former government officials and security experts for increasing our resolve to fight terrorists “over there” so the U.S. homeland would be safe from any future such attacks “over here.” As seductive and reassuring as these statements might be to some, there is no evidence that U.S. military operations overseas do anything to reduce the threat of domestic terrorism. To the contrary, it is becoming increasingly apparent that such actions do more to feed the threat than it ever did to diminish it.

The question now before the country: do we continue—or even expand—global military operations that aren’t working or seek alternative solutions?

Americans in general and the military in particular have always been animated by a roll-up-your-sleeves, get-it-done attitude that sees a problem and launches into action to reduce it—or better yet—flip it into an advantage. When such heinous terror attacks are inflicted on the United States like 9/11, Boston, San Bernardino or Orlando, it is not merely appropriate, but obligatory for the U.S. government to take action to keep our citizens safe.

When dealing with a violent, thinking and unpredictable enemy, there is no easy way to eliminate their threat. For every action we use, the enemy will constantly alter their tactics and make adjustments before striking again. They have a vote in determining the outcome of the struggle.

There should be no expectation, therefore, that the U.S. government would be perfect in its efforts to eradicate the terror threat. What Americans should expect, however, is that the government constantly assess the effectiveness of its efforts and when its chosen strategy isn’t working, they should identify what went wrong and make appropriate adjustments. For the better part of the past fifteen years, however, the government has refused to admit when its policies haven’t worked.

As a result, they have neither changed course nor attempted new strategies that might work. It’s time to break that dysfunctional and self-defeating conduct. The first requirement is to recognize how our antiterror policies have failed the country.

One of the most recent examples of fighting “over there” backfiring, was in the recent killing of Taliban leader Mullah Akhtar Muhammad Mansour by a U.S. drone on Pakistan’s soil. In the aftermath of the strike, Secretary of State John Kerry said, “Peace is what we want. Mansour was a threat to that effort.” Yet the man who took Mansour’s place as the Taliban’s new leader, Mullah Haibatullah Akhundzada, is viewed by on-the-ground Afghan experts as more militant than Mansour.

“There is no reason to believe the fighting will de-escalate with the new leadership, Borhan Osman of the Afghan Analysts Network said, “Haibatullah can thus be expected to show a determination to fight and not be intimidated by Mansur’s killing. His first priority will be internal unity, as Mansour’s was when he officially took over in 2015, and fighting is better than peacemaking at maintaining the coherence of the movement.” Whatever chance the United States and Kabul might have had in working with Mansour towards peace was destroyed by the drone’s missile. The threat of Taliban is now greater than it was before.

In the war against the ISIS in Iraq and Syria, U.S. policy over the past two years has been centered on destroying the group militarily through a combination of direct action in the air, special operations and trainers on the ground and the employment of allied militaries. Yet as Foreign Policy revealed earlier this month, the sum total of the efforts may have increased the threat to the United States.

“(ISIS) is clearly weakened on the ground, but the nature of the losses it is suffering has strengthened its legitimacy among certain segments of the Sunni world,” Foreign Policy’s Hassan Hassan wrote. “This is a trend that should be of grave concern to U.S. officials, as the group’s continuing support could lay the groundwork for its eventual resurgence—and more lone wolf attacks like the one in Orlando.” No less an authority than the Director of the Central Intelligence Agency, John O. Brennan, had an even worse assessment of America’s anti-ISIS efforts to date.

On the tactical front, the director said there have been some successes. “ISIL has lost large stretches of territory in both Syria and Iraq,” he said. “Its finance and media operations have been squeezed. And it has struggled to replenish its ranks of fighters…” Despite this seemingly good news, however, Brennan continued, “Unfortunately, despite all our progress against ISIL on the battlefield and in the financial realm, our efforts have not reduced the group’s terrorism capability and global reach...”

“In fact,” he concluded, “as the pressure mounts on ISIL, we judge that it will intensify its global terror campaign to maintain its dominance of the global terrorism agenda.” In other words, just as Hassan concluded, the director of the CIA concluded that two years of military efforts have increased, not decreased, the terror threat to the U.S. homeland.

What the United States is trying to do by stubbornly sticking with such policies to force a failing square-peg solution into a nonbudging round-hole problem. Clearly, spending hundreds of billions of dollars and sacrificing the lives of thousands of U.S. service members in an effort to fight terror “over there”, we are succeeding only in spreading the conflagration abroad and increasingly suffering terror attacks at home.

We are well past the time when America’s senior uniformed and civilian leaders and policymakers must accept the overwhelming evidence and admit that the “fight-them-over-there” concept has been an abysmal failure. As ISIS suffers more tactical setbacks, they will likely increase their efforts to launch or encourage attacks in the United States. Far from protecting the American homeland, our efforts are being used as fuel and rationale by our enemies to attack us here. New concepts and strategies must be designed and implemented.