Does ISIS Even Have a European Strategy? 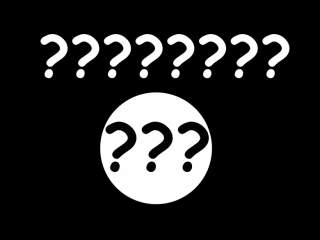 With the bombers dead and investigations just a week old, the motives behind last week’s bombings in Brussels’ airport and metro will remain murky for some time. Of course, reporters and terrorism analysts have offered lots of speculation, much of it focused on how the attacks serve the agenda of ISIS’s leaders. That approach, I believe, overstates ISIS’s coherence and wisdom. If “ISIS” means the would-be state in Syria in Iraq, plus affiliated groups and clandestine networks of sympathizers, then it doesn’t have a strategy; it has strategies, often foolish ones.

Statements claiming responsibility for the attack, attributed to ISIS’s leadership in Syria, blame Belgium for joining in the war in Syria and Iraq and threaten coalition members with similar treatment. The attack, in other words, was meant to coerce foreign powers to quit making war on ISIS.

Those statements are indications that ISIS’s leaders didn’t know the particulars of the attack in advance, let alone direct it. Like some prior ISIS’s claims of responsibility for attacks, the statements seem to crib from media reports; they arrived hours after attacks without any detail unavailable in public. By claiming that the airport attackers “opened fire” with “automatic rifles,” the statements even repeat errors in initial reporting.

Those statements also offer a flawed theory of victory. Terrorism tends to provoke nationalistic anger, unifying victimized nations against attackers rather than acquiescence to their demands. Even if they missed that historical lesson, ISIS’s leaders should have noticed that their murders of innocents energized the coalition targeting them. In the wake of attacks, Belgium predictably reaffirmed plans to resume participation in the bombing campaign in Iraq.

Many terrorism analysts respond to the illogic of ISIS’ stated strategy by assuming that it masks a better one. A popular alternative argues that ISIS, having suffered territorial reverses in Iraq and Syria, decided to attack abroad, targeting a city already on alert, to show capability, rebuild the brand, or attract new recruits.

Other analysts contend that ISIS’s goal was to provoke overreaction. Robert Pape argues that ISIS hopes to get the coalition to quit in Syria and Iraq by first pulling it in deeper—that a ramped up military campaign, involving ground forces, will allow it to inflict heavier causalities, and eventually sap their will to fight. J.M. Berger suggests that ISIS hopes to draw in more outside powers to complicate the alliance’s ability to coordinate. A related view is that ISIS wants to provoke government crackdowns and anti-Islamic bigotry in Europe in order to get Muslims there to support or join ISIS. One theory even suggests that ISIS aims to exacerbate European divisions over refugees to “fracture European unity.”

Time may prove some of these takes right, but I worry that they give ISIS too much credit for strategic sense. Terrorism tends to fail, which means that most terrorists’ theories of victory are mistaken or instrumental. Osama bin Laden argued that the terrorism he directed against the United States would cause it meet al Qaeda’s demands. Instead, his organization got crushed and the government that hosted them displaced. Subsequently, he said that he’d wanted to invoke overreaction all along. Maybe he cleverly hid that win-by-losing theory until after he’d lost, but probably he juggled bad theories to justify his violent preferences.

ISIS’s initial success with showy brutality might cause them to overrate its effectiveness. The U.S. public was mostly opposed to making war on ISIS until they broadcast beheadings of U.S. hostages in 2014. Maybe they wanted to be bombed, but miscalculation is a simpler explanation. We should take their counterproductive tendencies seriously.

One reason we don’t, as Max Abrahms suggests, could be our tendency to infer motives from results. We’re hardwired to see intentionality in outcomes, at least those caused by others. If terrorists target a city already bracing to get hit, it must be because of the alert, not in spite of it. If their attacks produce xenophobia or encourage states to bomb them, that must be what they want. But only make-believe masterminds intend all the consequences of their action.

There’s also room to doubt that the Brussels bombings followed a central ISIS strategy, whatever its wisdom. Strategy is about selecting means to serve goals. That requires some control over the agents of the means. ISIS’s leadership does seem to have decided within the last few years to send some European recruits home and make mayhem. The redeployed militants reportedly receive little beyond slight training and some cash. Their undirected violence might serve ISIS’s goal of demonstrating capability to maintain a fearsome reputation. But the timing and location of their attacks cannot serve a centralized agenda.

ISIS, like al Qaeda, wants credit for much more terrorism than it actually causes or even inspires. ISIS central’s control over affiliated groups in Libya, Egypt, and Afghanistan is mysterious, variable, and surely less than they would have us believe. The same goes for the bunches of guys and isolated radicals that take up the banner in the West.

ISIS leadership bears responsibility for aiding and encouraging terrorism, almost certainly including the Brussels attacks. That’s one reason to keep up the war on them. Still most terrorism, even the jihadi kind, remains a largely local phenomenon, and the best steps to counter it involve local politics and police.

One thing we know about ISIS’s strategy is that it involves frightening us with the specter of ubiquitous menace. Not believing that is part of any successful response.