Does NATO Require America to Go to War over the Paris Attacks? 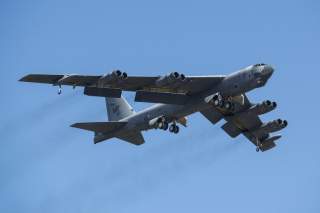 In the immediate aftermath of last week’s tragic attacks in Paris, several commentators suggested that NATO should invoke Article 5, treat the attacks on France as the functional equivalent of an attack on all 28 member nations, and immediately prepare military action. Retired Navy Adm. and Former NATO Supreme Commander James Stavridis explained that “NATO can no longer pretend the conflict does not affect its most basic interests,” and urged the alliance “to defeat the Islamic state in Syria and destroy the infrastructure it has created there.”

NATO historian Stanley Sloan is skeptical. He notes that France is jealous of its sovereignty, and therefore not particularly enthusiastic about a NATO-led mission, given that such a mission “would likely be dominated by the United States.” NATO’s Supreme Allied Commander (SACEUR), recall, “is, and always has been, American.” “French President Francois Hollande,” Sloan predicts, “most certainly would like U.S. and allied support and cooperation but also would like to be seen as taking strong national action, not just as a member of a NATO operation.”

The suggestion that NATO should invoke Article 5 after the terrorist attacks in Paris is curious in several other respects. Although NATO countries did invoke Article 5 after 9/11, they did not do so after the 7/7 attacks in London or the attacks in Madrid in March 2004, nor, for that matter, after numerous IRA bombings in the UK in the 1970s, or the Libyan-sponsored bombings in Berlin in 1986. In that last case, a number of countries, including France, did not support the use of force against Libya in retaliation. U.S. jets launched from Great Britain were required to fly around French airspace to carry out their strikes.

Others have suggested that the attacks require a response, and that the North Atlantic Treaty explicitly empowers the President of the United States to circumvent Congress, and thus avoid a messy public debate. At the Washington Post online, Ilya Somin claimed that the Paris attacks gave “the Obama administration an opportunity to legalize its previously unconstitutional war against ISIS.” And that Article 5 “gives him the same authority to use force as he would have in the event of an attack on the United States itself.”

But NATO members who do invoke Article 5 are not obligated to carry out an armed response. The precise form of support for an ally attacked is solely at the discretion of each member state, and, as noted by international legal scholar Julian Ku, “Article 9 of the North Atlantic Treaty states that “[t]his Treaty shall be ratified and its provisions carried out by the Parties in accordance with their respective constitutional processes.” (emphasis added).”

This would appear to contradict Somin’s claim that Article 5 was meant to circumvent each member countries' established legislative processes.

Given that NATO’s Article 5 does not obligate the United States to wage war on France’s behalf, Congress should debate whether that is the best course of action. A declaration of war, or, at a minimum, a renewal or replacement of the 2001 AUMF, would be needed to prosecute such a war. Such a debate is in fact long overdue, as Sen. Tim Kaine noted at the Cato Institute in August. Perhaps the terrible events in Paris will prompt Congress to finally do its job?