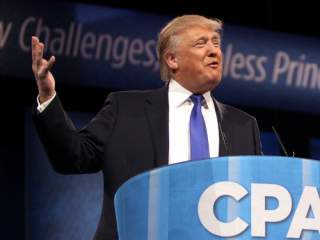 I haven’t read Donald J. Trump’s The Art of the Deal, but I did read the full transcript of his interview with the New York Times’s Maggie Haberman and David Sanger. Not just the summary. Not the many commentaries, editorials, and blogs about the interview. The whole. Bloody. Thing.

Once I got past the garbled syntax, the factual errors, and the cavalier threats of waging nuclear war (!), I was struck by The Donald’s zero-sum thinking. In business, all the parties to a transaction should benefit. If they didn’t, there would be no sale, no trade, no deal. That doesn’t mean that all deals turn out equally well for all parties. Or that the negotiating partners are always operating on a level playing field. But there is an expectation of mutual gain at the outset, otherwise the negotiations would never take place.

And, if the party on the short end of the stick feels cheated—or suspects that the other side wasn’t negotiating in good faith—you can rest assured that they’d be less likely to enter into another deal with the same negotiating partner.

That doesn’t appear to be how The Donald sees it. He may agree with P.T. Barnum that the world is full of suckers, but he seems to derive particular pleasure from humiliating them after he’s taken them to the cleaners.

That’s bad enough. But in foreign policy, he appears to want to take all of our adversaries to the woodshed, or at least make them believe that he will.

I’m particularly skeptical that his curious brand of deal-making will easily translate into stunning diplomatic breakthroughs.

Take, for example, excerpts from an exchange in which Haberman and Sanger try to get Trump to explain how he’ll convince the Chinese to back down in the South China Sea:

TRUMP: [W]e have tremendous economic power over China....And that’s the power of trade. Because they use us as their bank, as their piggy bank. . . . It’s better than a bank because they take money out but then they don’t have to pay us back.

SANGER: So you would cut into trade in return—

Say what you will about Trump the Businessman: he might have bullied a little old lady in Atlantic City to build a limousine parking lot, but at least he didn’t threat to nuke her. President Trump might. Just maybe. He’ll keep the Chinese guessing.

Then there is the Iran nuclear deal. Trump explained that the Obama administration could have obtained a “much better” deal “if they’d walked a couple of times,” and “doubled up the sanctions.” He was particularly incensed by the decision to release (he said “give,” a common misconception) Iran’s frozen assets. “I would never have given them back the $150 billion under any circumstance,” he said. “[And] did you notice they’re buying from everybody but the United States?”

SANGER: Our law prevents us from selling to them, sir.

SANGER: Our law prevents us from selling any planes or, we still have sanctions in the U.S. that would prevent the U.S. from being able to sell that equipment.

Trump isn’t the first to claim that there was a better deal to be had, but it was always a myth.

My skepticism of Trump’s mystical magical formula for great diplomacy applies even to areas where I agree with the general direction of his comments, even if I can’t abide by the tone, and even as I suspect that he’s stumbled upon these ideas more by accident than by deep reflection. Blind squirrels occasionally find nuts. (I’m told; I’ve never actually witnessed that.)

For example, although I’ve also complained about allied free-riding over the years (as has President Obama within the past month), I’m struggling to understand how Trump will get U.S. allies in Europe and Asia to pay us to defend them and their interests. And do we really want the U.S. military being rented out to the highest bidder? Aren’t alliances supposed to reflect common security concerns and shared interests? And, if they don’t, if those interests have evolved over time, and it is time to renegotiate, what terms seem reasonable? How much should the Japanese pay us? How much should the Saudis? In his typical fashion, Trump hasn’t spelled out the particulars.

Of course, I might understand all of this if I read The Art of the Deal. But I think I’ll skip that. I have had about enough of Donald J. Trump.