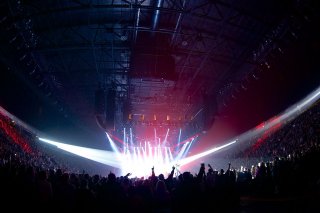 As grieving parents and loved ones mourn the loss of innocent lives in Manchester, England, and pray for the recovery of those grievously wounded, the rest of the world ponders yet again the meaning of it all.

In a moment of candor and lucidity, President Donald Trump put the latest incident in perspective: “So many young beautiful innocent people living and enjoying their lives murdered by evil losers in life. I won’t call them monsters because they would like that term. They would think that’s a great name. I will call them from now on losers because that’s what they are.

You might recall, that is the same word that Ruslan Tsarni used to describe his nephews, Tamerlan and Dzhokhar Tsarnaev, the two Boston Marathon bombers.

When asked what provoked the bombing suspects, the uncle stated: “Being losers, hatred to those who were able to settle themselves -- these are the only reasons I can imagine.

“Anything else, anything else to do with religion, with Islam, is a fraud, is a fake,” Tsarni added.

The word “loser” works because it doesn’t imply that there is anything particularly special about the individuals who perpetrate these heinous acts. They might wish to make a statement by indiscriminately killing and injuring helpless victims. They might fashion themselves as heroic, or uniquely evil, or superhuman. They are none of these things.

Ohio State University professor and Cato senior fellow John Mueller has been compiling a catalog of known terrorism cases in the United States since 9/11, ninety-two and counting as of January 2017. Surveying the list, Mueller describes the plots and plotters as “mostly bone-headed.”

He isn’t alone. Several years ago, Daniel Byman and Christine Fair made “the case for calling them nitwits.” Bruce Schneier painted a “portrait of the modern terrorist as an idiot.”

These and other articles speaking to terrorists’ relative ineptitude primarily focus on plots never consummated. When one of these idiots and losers is actually successful, the skeptics are accused of not taking the threat seriously enough.

After incidents such as the one in Manchester, we are told that the terrorism danger is grave and growing. In testimony before the Senate Armed Services Committee on Tuesday, Director of National Intelligence Dan Coats explained that the threat is “not going away and it needs significant attention.” The United Kingdom is under a heightened state of alert right now, implying that intelligence and law enforcement officials believe that other terrorist incidents may be imminent.

They may be right, and the heightened alert may deter would-be attackers from carrying out their plans—or the analysts might be interpreting pieces of information differently than they did a few days ago, a new bias toward seeing plots where none exist. In the days and weeks immediately after 9/11, many Americans assumed that another attack was right around the corner. In the ensuing fifteen-plus years, nothing even remotely on the order of 9/11 has occurred in the United States.

But we do know that the United States, and much of the world, has undertaken a range of initiatives ostensibly geared toward stopping future terrorist attacks, everything from widespread surveillance to a number of long and costly (and still ongoing) wars. We also know that fear of terrorism remains nearly as high as in September 2001. If the ultimate goal of terrorism is to terrorize, then the terrorists have succeeded.

Which brings me to a second point, and a confession: I’m a fan of Ariana Grande’s music. This is a source of unending embarrassment for my two teenagers, especially my son Alex. Grown men, he suggests, are not supposed to like music by twentysomething pop icons. “Tough,” I say. “I can listen to whatever I want. And besides, she’s awesome!”

I can only imagine the range of horrible emotions going through this young woman’s head. Grande has already canceled several performances, and the future of her “Dangerous Woman” tour is in doubt. I fear that I will never be able to listen to an Ariana Grande song and not think of Manchester.

But we should struggle against our mind’s tendency to link people, places, and things to horrible incidents. If I utter the words Virginia Tech, Oklahoma City, the Boston Marathon, Charleston, Sandy Hook, Orlando and Fort Hood, what comes to mind? What should come to mind?

I refuse to reward these losers. I refuse even to mention their names. Though we should never forget their victims, we shouldn’t allow them to change the way that we live. They were sad and angry, and they lived unhappy lives. They wanted us all to be unhappy, too.

I’m not having it. I just cranked an Ariana Grande shuffle on my iPhone.