Donald Trump's Foreign Policy: What Will He Really Do? 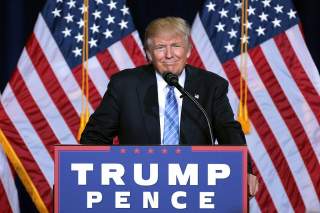 Donald Trump’s upset election win has set the media both here and abroad all aflutter about the probable direction of his foreign policy. Panicked internationalists already are proclaiming that the surprise outcome of America’s presidential election represents a great triumph for Russia’s Vladimir Putin, who is supposedly a great friend, if not the puppet master of Donald Trump. Since Trump has expressed both a desire for friendly relations with Russia and has made extremely critical comments about America’s NATO allies, Moscow, they contend, is the big beneficiary of the Trump electoral win.

Likewise, some internationalists speculate that the unexpected Trump presidency will also strengthen China’s hand. Again, the reasoning is that President Trump will undercut U.S. relations with Japan, South Korea and other traditional U.S. allies in East Asia. Beijing, the argument goes, would benefit greatly from such developments. More sophisticated analyses point out that Trump’s trade protectionist views could lead to tensions with China and might even undermine China’s growing power. But Beijing is still generally seen as better off than it would have been under a Hillary Clinton presidency.

Analysts on the opposite side—those who hope that Trump’s calls for a reassessment of alliance obligations were sincere—are now concerned that the first postelection indicator was worrisome. Trump reportedly called South Korea’s president to assure her that Washington’s defense commitment to that country remained firm. Such a call was actually unsurprising. Even a U.S. president intending to embrace a policy change would want to do so in a gradual, orderly way, lest precipitous action encourage the volatile North Korean regime to do something reckless. But the gesture could also mean that Trump is already backing away from his campaign position.

The reality is that all of this speculation is terribly premature. We simply don’t know what a Trump administration foreign policy will look like with respect to Europe, East Asia or any other region. That is true for one very simple reason: there is no Trump administration yet. All we have are a number of statements that the candidate made during the heat of a political campaign. Those are not a reliable guide to the policies that will actually be pursued once in office.

A far more crucial indicator is the selection of personnel for key policymaking roles. A graphic example of the importance of that factor became apparent during the administration of George W. Bush. In a prominent speech at the Reagan Presidential Library in late 1999, candidate Bush stressed the need for a more cautious and even “humble” U.S. foreign policy. Many realists, myself included, were encouraged by such comments. The actual Bush foreign policy became known for many things, but caution and humility were not among them.

It would be easy to explain the chasm between the campaign rhetoric and the subsequent policy reality by pointing to the 9/11 terrorist attacks, and they undoubtedly played a role. But there were warning signs long before that episode, and they centered around the personnel being chosen for key policymaking positions. People like Deputy Secretary of Defense Paul Wolfowitz and his chief deputy, Douglas Feith, were in their positions long before 9/11. Others, like Scooter Libby, infested the vice president’s office. Indeed, a president who was a foreign policy neophyte was largely surrounded by a cadre of neoconservative warhawks who were determined to launch a U.S. military crusade in the Middle East.

If 9/11 had not occurred, the process might have taken longer, and the target might have been Iran, rather than Iraq, but it would have required a strong, knowledgeable leader to have resisted the blandishments of his prowar advisers, and George W. Bush was neither strong nor knowledgeable when it came to foreign policy.

That is why watching President-elect Trump’s choices for his foreign policy team is so important. If he chooses primarily alumni of the Bush administration, we can be fairly certain that there will be few, if any, beneficial changes in Washington’s security strategy. Indeed, it could conceivably be even more interventionist than that pursued by the Clinton, Bush or Obama administrations. The main difference might be that it would be conducted unilaterally rather than multilaterally, especially if someone like John Bolton gets a key position.

If on the other hand, Trump begins to pick advisers who have little or no previous government service, it would be an encouraging step. Watch for appointments from realist enclaves like Defense Priorities, the Independent Institute and others. Also watch for the appointment of individual unorthodox or “rogue” scholars from such places as Notre Dame University, George Mason University, the Lyndon B. Johnson School of Public Affairs at the University of Texas, and (ironically) the Bush School at Texas A&M University. Such moves would indicate that Trump was choosing new blood and really intending to make a meaningful change in the direction of U.S. foreign policy.

For now, we can only wait and watch and hope.