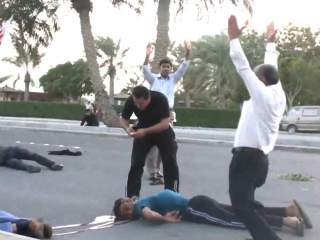 It is questionable enough for the United States to maintain its network of alliances in a world without a superpower threat to its security. Indeed, one could argue that even during the Cold War, the United States was the most secure great power in history. How many other great powers ever enjoyed the luxury of two oceanic moats on its flanks and nothing more than weak and friendly neighbors on its other borders? Most confronted geostrategic situations that did not even faintly resemble such a benign environment. Moreover, although the Soviet Union was a credible military challenger, in the end, it proved to be a much weaker and more fragile great power than the image that members of America’s national-security bureaucracy had created.

It was a logical and moral stretch to justify some of the alliances that Washington forged with repulsive, autocratic regimes to wage the struggle against the Soviet Union. Decent Americans had to restrain their gag reflexes to see their government support the likes of the Shah of Iran, Egypt’s Hosni Mubarak, South Korea’s Chun Doo-hwan, or the Saudi royal family, given the massive human-rights abuses those regimes committed. With the dissolution of the USSR at the end of 1991, and the disappearance of even an arguable existential threat to America’s security, maintaining close relationships with corrupt, murderous autocrats became harder and harder to justify.

Today, two such relationships should have especially become acute embarrassments for Washington. One is the decades-old strategic and economic partnership with Saudi Arabia (and indirectly with Riyadh’s smaller Gulf client states). The other is the multilayered partnership with fellow NATO member Turkey. From both the standpoint of American interests and American values, those associations cry out for termination.

I’ve written previously about Saudi Arabia’s appalling human-rights record (including the imprisonment, torture and execution of peaceful critics) and the support that members of the Saudi elite have given to Sunni extremist movements throughout the greater Middle East. Either factor alone should be enough to disqualify Riyadh as a friend and ally of the United States. Taken together, that behavior should easily put the Saudis on the U.S. policy blacklist. Although it would be an overstatement to say that Saudi Arabia created the Sunni branch of the current terrorist threat, Riyadh’s behavior certainly has exacerbated the problem. As my colleague Emma Ashford points out, the Saudis are pursuing the interests of their country as they see them, whatever the impact on America’s security. At one time, it was possible to make the argument that U.S. and Saudi interests greatly overlapped. But it is getting ever harder to make that argument. Indeed, American and Saudi interests (and well as values) seemingly now conflict far more often than they coincide.

The Saudi alliance is utterly contrary to basic American values. There is also growing doubt whether it serves legitimate American security interests in any meaningful fashion. That is especially true as Washington’s Middle East policy has moved from its Cold War focus of keeping its superpower rival from dominating the world’s oil supply to the amorphous goal of promoting regional stability. What the latter phrase has come to mean is America’s entanglement in the vicious Sunni-Shiite blood feud between Saudi Arabia and its clients and Iran and its clients for regional preeminence. To be blunt, we do not have a dog in that fight, but the long-standing alliance with Riyadh drags us into that ugly conflict to our detriment. Terminating the alliance is part of an essential exit strategy.

Saudi Arabia may be America’s most odious ally in the neighborhood, but Turkey seems determined to be an increasingly close second. I’ve written previously about the mounting abuses being committed by the government of President Recep Tayyip Erdogan. Those abuses are characterized by a shocking authoritarianism at home, which has included the harassment and imprisonment of political opponents and the evisceration of a once free press. Nor has Ankara’s external behavior been what one should expect from a prudent, reliable ally. From the flirtation of Turkish security personnel with ISIS and other Islamic extremist groups to the reckless decision to shoot down a Russian military aircraft that had strayed into Turkish airspace for all of seventeen seconds, Turkey has shown itself to be an irresponsible and untrustworthy ally.

In a previous National Interest article, I asked whether the time had come to expel Turkey from NATO. Developments since the publication of that article indicate that the time definitely has arrived. Not only has Erdogan’s domestic authoritarianism grown even worse, he is now demanding that fellow European members of NATO crack down on their citizens if they dare mock the Turkish tyrant.

Enough is enough. NATO is supposed to be more than an amoral security alliance, especially in the post-Cold War world. It is supposed to be (and portrays itself as) an alliance of enlightened democracies. Linking America’s identity to that of an increasingly corrupt, opportunistic, and thuggish Turkey, absent an utterly dire threat to our security, betrays this country’s most basic values. It is time to give the other NATO members a stark choice: either Ankara goes, or we go.

The American people face the necessity for similar soul searching regarding both the Saudi and Turkish alliances. It is one thing to put up with an odious ally when America’s vital interests are in mortal danger and the ally in question is crucial to the defense of those interests. America even allied itself with the genocidal monster Josef Stalin to deal with the threat that Adolf Hitler posed to the republic’s freedom and independence. But when only secondary or peripheral interests are at stake, it is shameful to forge or sustain such relationships. Washington’s alliances with Ankara and Riyadh were questionable even during earlier eras. They have long outlived whatever usefulness they may once have had.

Ted Galen Carpenter, a senior fellow at the Cato Institute and a contributing editor at The National Interest, is the author of ten books and more than 600 articles on international affairs. His latest book, co-authored with Malou Innocent, is Perilous Partners: The Benefits and Pitfalls of America’s Alliances with Authoritarian Regimes (2015).