Foreign Policy Failure: America Has Not Learned from Its Wars 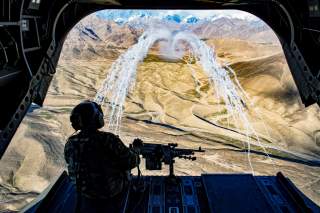 It’s time for the Washington foreign-policy establishment to consider the seemingly unthinkable: perpetual foreign-military operations and occupations do not enhance American national security and economic prosperity.

Overwhelming evidence—currently on painful display in Syria, Afghanistan and Yemen —reveals the stark reality that these operations drain our nation of critical resources, produces a slow-bleed of U.S. troops, and deteriorates our ability to respond to potentially existential battles in the future. Changes must be urgently made if we are to reverse this negative condition.

After the catalyzing and emotionally powerful attacks that struck America on 9/11, a succession of U.S. presidents and senior officials have settled into the belief that the only way to handle difficult international problems is to use lethal military force.

This tendency has become so deeply ingrained that even the consideration of using nonlethal means to address tough problems is almost reflexively dismissed as appeasement.

Shortly after his inauguration, President Trump sent meaningful numbers of U.S. troops into Syria to provide air support and other assistance to the Syrian Democratic Forces in their effort to wrest Raqqa, the self-proclaimed capital of the Islamic State, from ISIS fighters. That objective was accomplished in October 2017. By all rights, with the mission accomplished, the troops should have redeployed to their home bases.

Instead, the troops have remained and numerous officials in the White House and Pentagon have been searching for other jobs the troops can accomplish. Rather than strategy driving troop deployments, Washington fiercely resists bringing any troops home, almost irrespective of the lack of need; once a mission has begun, the mission itself becomes the objective. The operation in Yemen is a case in point.

There was never a threat to American security in the Yemen civil war. While it may be argued that the United States has an interest in seeing its ally Saudi Arabia succeed in general terms, Riyad’s intent to intervene in that war was solely related to its security, not America’s. The war has been an abysmal failure from every perspective, with no side close to victory—and upwards of twenty million people who suffer acute food shortages and more than ten thousand people killed.

Yet despite this obvious failure and absence of any American vital national interests at play, the Pentagon has lobbied hard to ensure the mission continues without restriction and select members of Congress have blocked efforts to end America’s involvement. A bipartisan ground of senators tried to force a vote to end support of the mission last month, but the measure was defeated 55–44. Today, the war continues without purpose or resolution.

While on active duty in the U.S. Army, I twice served combat deployments in Afghanistan. In 2011, I observed directly and graphically that our war, which was ten years old at the time, had failed to accomplish our objectives and reported that U.S. leaders were claiming success where they knew there was none.

The results of the past seven years have proven my assessment to have been correct, yet every effort to end the failing mission and return the troops to their home stations continues to be intensely resisted. Major suicide attacks—like the one on Sunday that killed fifty-seven people—continue to plague Kabul, and as the most recent report from the Special Inspector General for Afghan Reconstruction (SIGAR) confirms, measures of American involvement have been overwhelmingly negative

SIGAR’s report revealed it hasn’t mattered whether it was in the security realm, the economic sphere, or domestic government corruption, the evidence overwhelmingly confirm mission failure. Yet America’s military involvement there has no set of metrics it seeks to accomplish and thus no criteria the accomplishment of which could ever signal an end to the mission.

The unsuccessful mission in Afghanistan costs American taxpayers about $45 billion a year. Last year, fifteen Americans were killed in Afghanistan and many more wounded. In 2019, the United States is expected to spend $16 billion on the mission in Syria; to date, four Americans have been killed in Syria. Those two missions alone will cost taxpayers more than $60 billion and some unknown number of American lives.

It is time to take a hard, critical, and unemotional look at our foreign policy in the post–9/11 era and admit that the routine and near-permanent use of lethal military power abroad has not made us safer, continues to squander billions that could be better used in other ways, and needlessly sacrifices the lives of our service members.

For the sake of our national security and economic prosperity, we must stop the reflexive use of lethal military power abroad in an attempt to solve problems and rediscover that sometimes other instruments of national power are better suited to achieve positive outcomes for the nation.