Gasoline on a Fire: Why Arms Sales to Ukraine are a Really Bad Idea 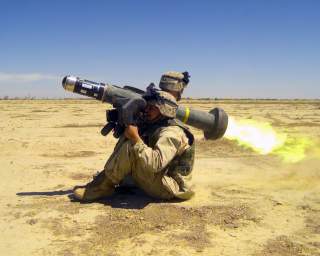 It’s been a very bad month for Washington’s relations with Moscow, culminating in the Trump administration’s ill-advised decision to authorize the commercial sale of “defensive” weapons to Ukraine.  The flippant comment that Secretary of Defense James Mattis expressed earlier in Kiev apparently summarizes the administration’s attitude.  According to Mattis, “defensive weapons are not provocative unless you are an aggressor, and clearly Ukraine is not an aggressor.” The reality is that given the already lengthy record of U.S. meddling in Ukraine, especially encouraging the demonstrators who overthrew the country’s pro-Russian elected president in 2014, moving to arm Ukraine is extremely provocative. That country not only is in Russia’s sphere of influence, it is the single most important entity in Russia’s core security zone.

The Ukraine arms sale came on the heels of the release of newly de-classified documents confirming that U.S. leaders assured Russia in 1990 that NATO would not expand beyond the eastern border of a united Germany. For years, U.S. officials and their defenders in the foreign policy community and the mainstream media insisted that no such firm commitment had been given. And there was no evidence of a written agreement.  The new revelations, though, should effectively torpedo that disingenuous defense. It is now clear that assurances were given, and that Washington’s subsequent moves to expand NATO severely damaged trust between the two countries.

President Trump’s announcement of a new U.S. national security strategy likely added to Moscow’s irritation. It proclaims that both China and Russia are “strategic competitors” of the United States. The president’s speech also contained allegations of specific Russian misdeeds, ranging from the annexation of Crimea to efforts to split the Western alliance, to meddling in the internal political affairs of other countries. Those actions supposedly pose a serious threat to America’s security and well-being. The document’s language was disturbingly reminiscent of Washington’s harsh, confrontational rhetoric throughout the Cold War.

Approving even a limited arms sale to Ukraine, given the context of those other developments, was especially maladroit.  A secessionist war in the eastern portion of the country has simmered since 2014.  Russia backs the rebels and even has unofficially deployed its own forces at times in the conflict zone. The situation in eastern Ukraine remains extremely tense and volatile, despite the signing of the so-called Minsk Agreement designed to dampen the fighting.

Washington’s authorization of weapons sales to Kiev risks destabilizing a very delicate situation. It will encourage hardliners in the Ukrainian government to press for a military victory in the belief that additional, even more lethal, U.S. backing may be forthcoming. But the military option for Ukraine is a dangerous illusion. Given Russia’s crucial security stakes in not having another U.S. military client on its border, it is unlikely that the Kremlin will tolerate the complete destruction of insurgent forces in Ukraine’s east. Russian officials are already unhappy about having a NATO presence, including troops and heavy weapons, in the Baltic republics and elsewhere in Eastern Europe. Those leaders consider Ukraine even more vital to their country’s security.

Trump’s decision on the arms sale is the latest blow to American foreign policy realists who believed his comments during the 2016 presidential campaign that he wanted to repair relations with Moscow. It’s possible that the virulent accusations from domestic political opponents about Russian interference in the election has intimidated the president into trying to shore-up his national security and anti-Russia credentials with this move. Hawks in both the Democratic and Republican parties have pushed for weapons sales to Ukraine for years, so that was a logical measure to placate them. Whatever the reason, though, it is a step in the wrong direction.

If the United States is to avoid deepening an already severe chill in relations with Moscow, U.S. leaders must acknowledge that Russia will insist on a sphere of influence in its immediate neighborhood and deeply resent Western intrusion into that sphere. Unfortunately, American policymakers seem oblivious to the long-standing reality in international affairs that all great powers tend to behave that way. Such a denial of reality is not unique to the Trump administration. Secretary of State Condoleezza Rice and Secretary of State John Kerry explicitly denounced the concept of spheres of influence, especially with respect to Russia.

It is a dangerously myopic view. Washington needs to proceed with far greater caution than it has displayed to this point regarding its actions in the vicinity of other major powers.  The Trump administration’s decision to approve arms sales to Ukraine is akin to pouring gasoline on an already simmering fire. Relations with Russia are tense enough without such a needlessly antagonistic step.