This Group Hopes to Push America toward Regime Change in Iran 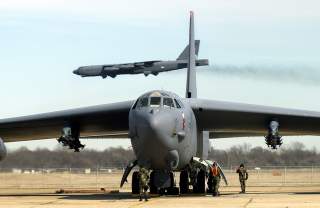 American policymakers and pundits have an unfortunate history of embracing odious foreign political movements that purport to be democratic. During the Cold War, embarrassing episodes included Washington’s support for the Nicaraguan Contras and Jonas Savimbi’s National Union for the Total Independence of Angola. The post–Cold War era provides ample evidence that influential Americans have not learned appropriate lessons from those earlier blunders. The Clinton administration made common cause with the Kosovo Liberation Army, which proceeded to commit numerous war crimes during—and following—its successful war of secession against Serbia. Both the Clinton and George W. Bush administrations allied with Ahmed Chalabi’s Iraqi National Congress (INC). The INC’s false intelligence regarding Saddam Hussein’s alleged weapons of mass destruction, which the New York Times and other prominent media outlets reflexively circulated, was one of the major factors that prompted the United States to launch its ill-starred military intervention in Iraq.

There is mounting danger that the Trump administration is flirting with committing a similar blunder—this time in Iran. Secretary of State Rex Tillerson was asked explicitly by Rep. Ted Poe whether the United States supported a policy of regime change in Iran when he testified before the House Foreign Affairs Committee in June 2017. Poe argued that “there are Iranians in exile all over the world. Some are here. And then there’s (sic) Iranians in Iran who don’t support the totalitarian state.” Tillerson replied that the administration’s policy toward Iran was still “under development,” but that Washington would work with “elements inside Iran” to bring about the transition to a new government. In other words, regime change is now official U.S. policy regarding Iran.

That strategy entails numerous problems. An especially troubling one is that the most intense opposition force (inside and especially outside Iran) is the Mujahedeen Khalq (MEK). Although Tillerson did not explicitly mention the MEK, any U.S. promotion of dissidents would almost certainly have to include that faction. More moderate reformists have repeatedly rejected an American embrace, justifiably concerned that such an association would destroy their domestic credibility. Indeed, a significant segment of Iranian moderates endorsed President Hassan Rouhani and were a major factor in his decisive reelection victory over a hard-line opponent in the 2017 election.

The MEK’s history should cause any sensible U.S. administration to stay very, very far away from that organization. The MEK is a weird political cult built around a husband and wife team of Massoud and Maryam Rajavi. It has been guilty of numerous terrorist acts and was on the U.S. government’s formal list of terrorist organizations until February 2012. The group did not even originate as an enemy of Iran’s clerical regime. It began long before that regime came to power, and its original orientation seemed strongly Marxist. The MEK was founded in 1965 by leftist Iranian students opposed to the Shah of Iran, who was one of Washington’s major strategic allies. And the United States was very much in the MEK’s crosshairs during its early years. During the late 1960s and throughout the 1970s, the MEK directed terrorist attacks that killed several Americans working in Iran.

The MEK’s worrisome track record has not deterred prominent Americans from endorsing the organization. In the months preceding the State Department’s decision to delist the MEK, dozens of well-known advocates—primarily but not exclusively conservatives—lobbied on behalf of the group. Vocal supporters included former CIA directors R. James Woolsey Jr. and Porter Goss, former FBI director Louis J. Freeh, as well as Tom Ridge and Michael Mukasey, both cabinet secretaries in George W. Bush’s administration. Several members of Congress, including Rep. Dana Rohrabacher, were also prominent advocates. Rohrabacher stated confidently that the MEK seeks “a secular, peaceful, and democratic government.” Other proponents included former New York City Mayor Rudy Giuliani, former House Speaker Newt Gingrich and Sen. John McCain. Gingrich has been especially enthusiastic about the MEK over the years, describing it as the vanguard of “a massive worldwide movement for liberty in Iran.” More recently, Gingrich showed up along with former Democratic senator and former vice president nominee Joe Lieberman at a conference in Paris to laud the MEK.

Such enthusiasm has increased since its delisting as a terrorist organization. The House Foreign Affairs Committee even invited Maryam Rajavi to testify at a hearing on strategies for defeating ISIS. The decision to give Rajavi a platform for her broader agenda was not that surprising. Many of the committee’s members (especially GOP members) are staunch advocates of a regime-change strategy toward Iran. The MEK serves the same function for such hawks as Chalabi and the INC did in the prelude to the U.S. invasion of Iraq.

Americans have reason to be wary when prominent advocates of an extremely hard-line policy toward Iran also want “vigorous support for Iran’s opposition, aimed at regime change in Tehran,” as former U.S. ambassador to the United Nations John Bolton recommends. Given his vocal cheerleading for the MEK in recent years, there is little doubt that he is not referring to the moderate, anti-clerical “Green coalition” inside that country, but to the MEK.

Therein lies the principal danger of Tillerson’s embrace of a regime-change strategy toward Iran. Granted, he referred to U.S. support for peaceful regime change, but the MEK’s American backers show no signs of making that distinction. The MEK has spent hundreds of thousands of dollars cultivating their support, and such gullible (or venal) Americans continue to tout the organization as a genuine democratic movement with strong support inside Iran. The extent of the financial entanglements is deeply troubling. Many prominent American supporters have accepted fees of $15,000 to $30,000 to give speeches to the group. They also have accepted posh, all-expenses-paid trips to attend MEK events in Paris and other locales. Former Pennsylvania Gov. Ed Rendell confirmed in March 2012 that the MEK had paid him a total of $150,000 to $160,000, and it appeared that other “A-list” backers had been rewarded in a similar fashion. Needless to say, accepting such largesse from a highly controversial foreign political organization—and one that was still listed as a terrorist organization at the time—should raise justifiable questions regarding the judgment, if not the ethics, of the recipients.

U.S. opinion leaders are playing a dangerous and morally untethered game by flirting with the likes of the MEK. Daniel Larison, a columnist for the American Conservative, recently highlighted the problem with their approach. “I have marveled at the willingness of numerous former government officials, retired military officers, and elected representatives to embrace the MEK,” he wrote. “There’s no question that they are motivated by their loathing of the Iranian government, but their hostility to the regime has led them to endorse a group that most Iranians loathe.” The last point is not mere speculation. The MEK aided Saddam Hussein’s war against Iran in the 1980s, and even Iranians who detest the clerical regime regard the MEK as a collection of odious traitors.

President Trump should learn from the follies of his predecessors who backed the agendas of foreign groups that purported to be democratic but turned out to be nothing of the sort. There are ample warning signs about the real nature of the MEK. The administration needs to avoid that organization like the plague.