Here Are All the Reasons Striking Syria Was a Bad Idea 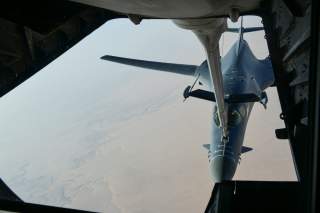 The air and missile strikes that the United States and its British and French allies launched against Syrian government targets are reprehensible for so many reasons. First, Washington’s action is a flagrant violation of the U.S. Constitution. Except in cases of responding to an attack on the United States, that document gives Congress, not the president, the authority to decide whether to involve the republic in combat. Punishing a foreign regime for an alleged outrage against its own citizens does not qualify, and arguments to the contrary are either disingenuous or historically illiterate.

Second, there is not even certainty that Bashar al-Assad’s government was the guilty party for the chemical attack that triggered the Western response. As I noted in an earlier article, there are several other suspects, most notably the various rebel factions trying to oust Assad from power. Those groups, reeling from a series of military defeats, have a powerful incentive to lure Washington into deeper involvement in Syria’s civil war on their side. Conversely, Assad has no incentive to provoke the United States.

Third, by degrading the Syrian government’s military assets with the latest attacks, the West risks enabling the largely Islamist rebel coalition to snatch victory from the jaws of defeat in the Syrian conflict. The most powerful faction in that coalition is Jabhat Fatah al-Sham (formerly the Nusra Front, Al Qaeda’s Syrian affiliate). Assad is assuredly a corrupt and brutal ruler, but to help empower such an Islamist successor regime is hardly in America’s best interest.

Fourth, the airstrikes needlessly create new tensions in Washington’s already abrasive relationship with Russia. So far, the Kremlin has reacted with restraint, and everyone needs to hope that attitude continues. But even if Vladimir Putin refrains from escalating his country’s own military involvement in Syria (or taking action in other locales such as Georgia and Ukraine) the new cold war between Moscow and the West will deepen.

Worst of all is the sanctimonious hypocrisy of the Western powers regarding their justifications for the air strikes. Trump, as well as British prime minister Theresa May and French president Emmanuel Macron, portrayed the assault on Syria as a moral imperative to deter the use of chemical weapons in the international system. Beyond that objective, they painted Assad and his government as an exceptionally vile enemy. In his address to the American people announcing the raids, President Trump charged that “the Assad regime again deployed chemical weapons to slaughter innocent civilians.” The new incident, Trump insisted, confirmed “a pattern of chemical weapons use by that very terrible regime. The evil and despicable attack left mothers and fathers, infants and children thrashing in pain and gasping for air. These are not the actions of a man. They are crimes of a monster instead.”

Trump also sharply criticized Russia and Iran for their longstanding support of Assad. “To Iran and to Russia, I ask: What kind of a nation wants to be associated with the mass murder of innocent men, women and children? The nations of the world can be judged by the friends they keep. No nation can succeed in the long run by promoting rogue states, brutal tyrants, and murderous dictators.”

The latter statement deserves a prize either for cluelessness or diamond-studded gall. The United States has never had a problem supporting rogue states, brutal tyrants and murderous dictators. Washington’s alliances with such regimes, including the Shah of Iran, Nicaragua’s Somoza family, a succession of genocidal generals in Guatemala, Zaire’s Mobutu Sese Seko, Egypt’s Hosni Mubarak and the Saudi royal family (among others) provide ample evidence of chronic moral insensitivity.

Daniel Larison, a columnist for the American Conservative, provides a stinging rebuke to the hypocritical moral posturing of the Western powers. Citing Trump’s (apparently rhetorical) question of what kind of nation wants to be associated with the mass murder of innocent men, women, and children, Larison responds:

Trump should know the answer, since he just hosted one of the chief architects of the war on Yemen that the U.S. has backed to the hilt for the last three years. Britain welcomed the Saudi crown prince earlier on, and France just hosted him in the last few days. All three have been arming and supporting the Saudis and their allies in Yemen no matter how many atrocities they commit. There may be governments that have the moral authority to lecture Syria and its allies over their atrocious conduct, but the Trump administration and our British and French allies aren’t among them.

The Saudis and their allies have used the weapons sold to them by the United States and other Western governments to slaughter innocent Yemeni civilians by the thousands, including cluster munitions that almost every nation on earth has outlawed.

If the United States and its European allies believe that attacking Assad will strike an effective blow against the future use of chemical weapons by Syria or other nations, that is a policy debate worth having. If, as is more likely, they believe that weakening Assad’s forces can save the rebels from imminent defeat, and that a successor regime controlled by those rebels would be better for both the Middle East and America’s security interests, that is a policy debate worth having.

But they should at least spare us the moral preening and hypocritical posturing. Those three nations did not even disown Saddam Hussein for his repeated use of poison gas, throughout the 1980s, including the killing of at least five thousand of Iraq’s Kurdish citizens at Halabja in 1988. And Washington has rarely attempted to restrain its menagerie of authoritarian allies from engaging in other atrocities. Indeed, as Larison notes, the United States, Britain and France are outright accomplices in Saudi Arabia’s current slaughter of innocents in Yemen. The Western powers need to get their own moral houses in order before lecturing Russia, Iran, and other countries.

Image: A U.S. Air Force B-1B Lancer bomber, being deployed to launch strikes as part of the multinational response to Syria's use of chemical weapons, is refuelled by a KC-135 tanker aircraft over an undisclosed location, April 14, 2018. U.S. Air Force/Handout​