How America Can Genuinely Push the Saudis on Yemen 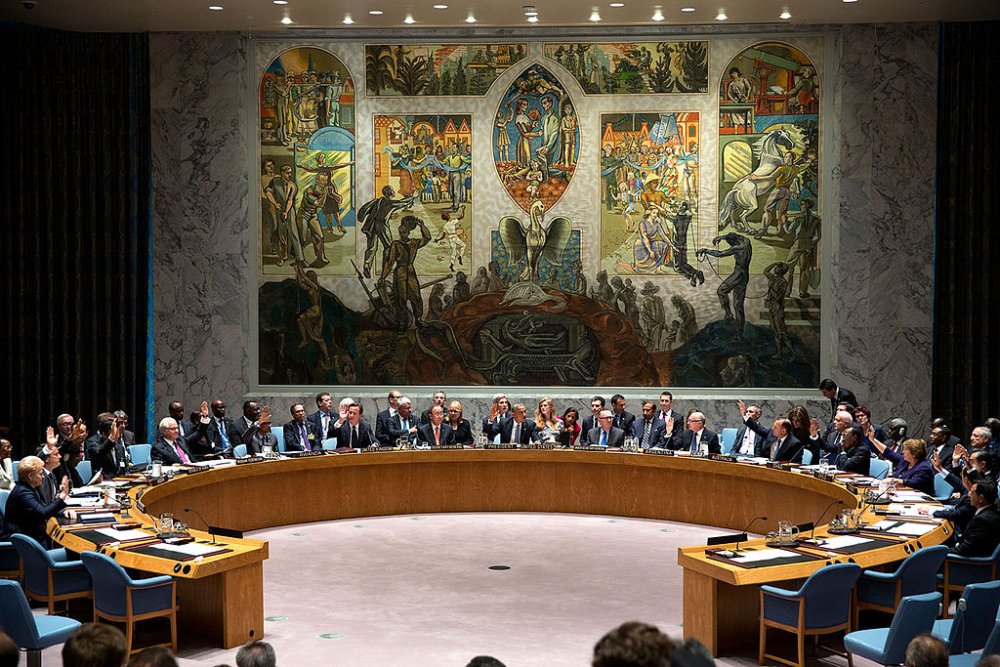 This week, U.S. Ambassador Samantha Power took to the floor of the UN Security Council and delivered a stern warning to the combatants in Yemen’s ongoing, ever-bloody, ever-destructive civil war. It is time to stop the bloodshed, she exclaimed, come to the realization that there isn’t going to be a military victory for any side in the conflict, and get to the hard business of sitting down with the UN’s special envoy and negotiating a power sharing government.

Power’s remarks as the official U.S. representative in the chamber was no doubt meant to send a strong signal to Saudi Arabia and the Arab coalition it leads that the aerial campaign against the Houthis, which they have conducted over the past twenty months, has gone far outside the lines of what one could call precision warfare. Attacks on civilian infrastructure, Power said, need to stop immediately, and civilians in Yemen—80 percent of whom require international humanitarian assistance to survive on a daily basis—need to be given the food, water, nutritional supplements and medical treatment they need to ensure that their children are saved from starvation. In Power’s own words, it is “incumbent on the Saudi-led Coalition and the forces of the Yemeni government to refrain from taking steps that escalate this violence and to commit to the cessation of hostilities.”

The Obama administration’s remarks at the Security Council are the latest in a string of rebukes directed towards the Saudis for its conduct in the war. A camp in Washington that a few months ago consisted of a few concerned, but junior, members of Congress has now increased its membership and snowballed into the inner corridors of the State Department legal office. And yet all the speeches in the world won’t change the war’s dynamics on their own. As convincing as Samantha Power can be, the Saudis aren’t going to stick to precision targeting or take more care in distinguishing between military and civilian targets just because the United States stomps its feet and pleads from the heavens that it’s the morally right thing to do.

The United States must begin to use its considerable leverage over the Saudi-led coalition to ensure that Power’s message isn’t just a collection of words on a piece of paper that will be tossed in the shredder as soon as the Security Council adjourns for the day. Instead, Washington—in partnership with the other members of the Security Council—must stop tiptoeing around the issue and demand that the Saudis and all combatants in the war stop firing on one another, take more care in protecting civilians during their operations, speed up the delivery of humanitarian assistance to a population that sorely needs it, and get to the business of a negotiation.

First, the UN Security Council must adopt a new resolution modifying the terms for a conflict-ending settlement. The last substantive resolution, passed on April 14, 2015, is incredibly outdated and has become an obstacle to a peace negotiation rather than an enabler. The April 2015 resolution, passed weeks after the Saudis began their bombing campaign and at a time when the Council believed that Riyadh would make short work of the Houthis militarily, is essentially a surrender document in favor of Yemeni president Abdu Rabbu Mansour Hadi’s government. The terms are completely lopsided, and place the onus on the Houthis and armed supporters of former president Ali Abdullah Saleh to surrender all of their weapons, withdraw from all the territory they acquired and cease acting as a government before the Yemeni authorities even engage in diplomacy.

President Hadi has repeatedly cited the existence of this Security Council resolution as an excuse to keep a hard-line position and refuse to entertain any suggestions that would lessen his power or remove him from office. The Security Council therefore needs to take that excuse away, by passing another resolution that strips away the previous preconditions and codifies the UN envoy’s roadmap for a peaceful resolution to the war.

Secondly, the Obama administration should directly tell the Saudis that if it refuses to use its influence over Hadi to force him to cooperate with the UN-led process, then the United States will use its own influence over the Saudis by blocking any further offensive-weapons sales that could be used in Yemen. Systems along the Saudi-Yemen border designed to protect Saudi civilians from Houthi missile attacks should still be on the table, but approval of additional air-to-ground munitions that are likely to be transferred to the anti-Houthi coalition can no longer be on the table if Riyadh doesn’t use the enormous influence that it possesses over Hadi’s exiled government.

Finally, if the situation remains unchanged, the war continues and Washington has persuadable evidence that the Yemeni government is an impediment to a peace deal, U.S. officials should seriously review whether additional punitive measures should be applied directly to Hadi's inner circle—and to Hadi himself. Thankfully, the Security Council already has the authority to do exactly that: under Resolution 2140 the council can freeze the assets and issue travel bans on any individual or entity that provides “support for acts that threaten the peace, security or stability of Yemen” and any individual or entity that is found to be obstructing political progress. There is a decent chance that the mere leaking of the U.S. sanctions deliberations will be enough to push Hadi and his associates towards a reassessment of their attitude towards UN-led talks.

The United States can no longer cry about the conflict from the sidelines. Just as the Houthis should be held accountable and must be punished for their own crimes against humanity and human-rights violations, the Yemeni government and its supporters need to understand that America will no longer stand idly by and watch the war escalate to even higher bloodshed. The status quo isn’t working; what may be needed know is a little shock therapy.