It's So Embarrassing When U.S. Clients Feud 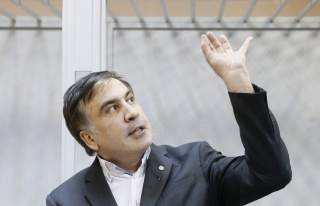 One of the pitfalls of being a superpower with a multitude of political and security clients around the world is that at times two or more of them will feud with each other. There have been numerous examples in recent years, both serious and farcical. The periodic quarrels between Japan and South Korea over a tiny island typify the former. The two countries can’t even agree on the name of the island. To Koreans, it’s Dokdo, to Japanese it’s Takeshima. However, the animosity has a unsettling aspect. If the two U.S. allies ever came to blows (unlikely, but far from impossible) it would disrupt Washington’s ties with both countries and have unpleasant rippling effects throughout Northeast Asia.

Another quarrel that already has produced unpleasant complications is the one between Turkey and Kurdish factions in Iraq and Syria. Both the Obama and Trump administrations regard the Kurds as useful allies in the fight against ISIS and other Islamic extremists. But Ankara considers Kurdish ambitions a mortal threat to Turkey’s territorial integrity, and that country is America’s treaty ally in NATO. Turkish forces already have launched repeated attacks against Kurdish fighters in both Iraq and Syria. Ankara also exerted tremendous pressure on Washington to stop arming the Syrian Kurds, and the Trump administration has announced its compliance with that request.

There are other spats between allies (or more accurately clients) that seem more farcical than alarming. A recent example is the comic opera confrontation between former Georgian president Mikheil Saakashvili and Ukrainian president Petro Poroshenko. It culminated this month when Poroshenko tried to have Saakashvili arrested on corruption charges and illegally entering into the country. Saakashvili resisted arrest, at one point apparently threatening to commit suicide by jumping from the roof of a building in Kiev—raising questions about his mental stability. In a series of murky circumstances, including the assistance of supporters, he managed to escape capture, only to be rearrested a few days later.

U.S. administrations have long regarded both men as inspiring advocates of democratic capitalism. Unfortunately, neither individual deserved that reputation.

Saakashvili led the Rose Revolution that unseated the increasingly corrupt, incumbent president, Eduard Shevardnadze, in November 2003. George W. Bush and other U.S. leaders could scarcely contain their enthusiasm for that political upheaval and its architect. In a May 2005 speech in Tbilisi, Georgia’s capital, Bush described the country as “a beacon of liberty” and hailed its self-styled democrats for inspiring similar revolutions around the world. Georgia itself was “building a democratic society where the rights of minorities are respected; where a free press flourishes; where a vigorous opposition is welcomed and where unity is achieved through peace.” Sens. Hillary Clinton and John McCain went even further, nominating Saakashvili for the Nobel peace prize.

Bush would later unsuccessfully lobby NATO to give Georgia membership. The Georgian leader’s reckless moves in 2008—that led to war with Russia—demonstrated just how dangerous it would have been to admit a country, led by such a loose cannon, into the alliance and giving it a U.S. security guarantee.

The domestic conduct of Saakashvili’s government also demonstrated that U.S. enthusiasm for the so-called democratic reformer was misplaced. In December 2007, Human Rights Watch issued a scathing report about the regime’s repression of political opponents and its harassment of independent press outlets. Such abuses persisted, and already extensive corruption deepened. By 2012, Georgian voters apparently had enough of Saakashvili and his cronies, voting his party out of office. The new government eventually moved to prosecute him for corruption, and he fled the country.

Washington’s embrace of Petro Poroshenko was slower and later in coming. The Ukrainian oligarch, known as the “chocolate king” for his ownership of a large food corporation, was not even a leading figure in that country’s 2014 Maidan Revolution—the U.S.-encouraged street demonstrations that unseated the elected pro-Russian president, Viktor Yanukovych. Washington’s preferred client was Arseniy Yatsenyuk. Although Yatsenyuk would become the prime minister after the revolution, Poroshenko used his economic and political clout to emerge as the country’s new president. Whatever its earlier preferences, the Obama administration quickly embraced him.

Poroshenko’s track record has been mixed at best. Ukraine has witnessed a growing authoritarian trend, with efforts to suppress political opponents and freedom of the press. Ultranationalist and outright neo-Nazi elements continue to have a worrisome presence. And Poroshenko’s administration has exhibited pervasive corruption, much like its predecessors.

At first, the two darlings of Washington’s foreign policy establishment collaborated and seemed to be close friends. Indeed, Poroshenko appointed Saakashvili governor of Odessa in late May 2015. It was a highly controversial move to give a foreign national such a high post, especially an individual facing criminal charges in his home country. Saakashvili sought to neutralize the former objection by acquiring Ukrainian citizenship, which Poroshenko quickly granted, but the overall controversy never dissipated.

The two leaders soon began to clash. Under a growing cloud of graft and other corruption charges, Saakashvili resigned in November 2016 and left the country. But the quarrel with Poroshenko was just getting started. It culminated when the Ukrainian government stripped Saakashvili of his new citizenship in June 2017. The now stateless Saakashvili illegally re-entered Ukraine in September, and the authorities finally arrested him in December.

It would be tempting to view this affair with bemusement. However, it underscores just how gullible U.S. officials have been in embracing so-called democratic reformers in other countries.    And that lack of judgment is no laughing matter.