It's Time for America to Disengage From the Middle East 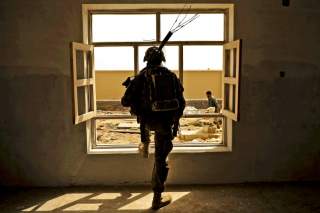 The Orlando and San Bernardino shootings have led important personalities to make several suggestions, both workable and unworkable. These range from banning the entry of Muslim immigrants into the United States to tighter gun control. However, hardly anyone seems to have asked the fundamental question: why have some radicalized inhabitants of broader Middle Eastern origin developed such hatred for Americans that they are willing not only to inflict tremendous suffering on innocent civilians, but also to lay down their own lives in the process?

The answer lies in the history and extent of American involvement in the broader Middle East ranging from Turkey to Pakistan, what has been called the “arc of crisis”. The United States was often involved on the wrong side of the internal and regional conflicts in this region, supporting authoritarian regimes to maintain control over restive populations. More important, the extent of its involvement—especially in the post–Cold War era—has far exceeded its economic and strategic interests in the region.

There are multiple reasons for such a high degree of American involvement in the broader Middle East but most of them are now passé. First, it has become a matter of habit—a holdover from the days of the Cold War when competition with the USSR drove much of American foreign policy. However, whatever justification this may have had until 1990 it lost much of its rationale once the Soviet Union disappeared from the scene and Russia was forced to drastically retrench its presence in the region.

The second reason used to justify American involvement especially in the oil-rich Persian Gulf was dependence on oil imported from the region. Again whatever force this argument may have had until a decade or two ago it is almost completely redundant today. According to figures provided by the U.S. Energy Information Administration, in 2015 the United States imported approximately 9.4 mbd of petroleum from eighty-two countries. Persian Gulf countries accounted for only 16 percent of this total with Saudi Arabia accounting for just 11 percent. It should not be too difficult for the United States to replace the entire Gulf supply (and certainly that from Saudi Arabia) from other sources in today’s market, which is flush with oil. The oil-rich countries of the Middle East have therefore become increasingly irrelevant as far as U.S. energy requirements are concerned. In fact, given Saudi Arabia’s increasingly rash foreign policy moves in recent years, Riyadh has dragged Washington into unnecessary conflicts such as in Yemen. It has indeed become an albatross around America’s neck.

Moreover, the spread of Saudi influence in the Middle East has led to the emergence of the most virulent form of radical Islamism threatening not only the region but American interests as well. Saudi Arabia should be put on notice that its support of radical Islamic groups will no longer be tolerated by the United States.

Furthermore, the security of Saudi Arabia and the balance of power in the Gulf are no longer vital American concerns, especially since Washington’s relations with Tehran are on the upswing following the nuclear deal. In addition, there is the newfound realization in Washington that Tehran does not pose a major threat to American interests in the region. Saudi Arabia should, therefore, be advised not to depend on American support in its rivalry with Iran and gracefully accept the new balance of power in the region.

The third reason advanced to justify a high degree of American involvement is related to concerns for Israeli security. This is an outdated argument given Israel’s tremendous military superiority over all its Arab neighbors and the Arabs’ preoccupation with killing each other rather than addressing the question of Palestine or confronting Israel. Disengaging from the Middle East would mean above all extricating the U.S. from the quagmire of the Israel-Palestine conflict that defies resolution thanks to factors that cannot be addressed in this short article. A hard-headed analysis will demonstrate that there are no vital American stakes in this issue and it better be left for the Israelis and the Arabs to sort out by themselves.

The invasion of Iraq in 2003 was an extremely bad idea and the country is paying the price for it until today. So is the involvement, without much forethought, in the civil war in Syria. Both Iraq and Syria have turned into failed states and continuing American involvement in the Fertile Crescent does nothing but exacerbate hostility toward the United States among radical factions, above all the ISIS, in the region. The United States ought to cut its losses and withdraw from both Iraq and Syria especially since no American vital interest is involved in either of these countries. Access to Iraqi oil in the present market is of no particular concern to Washington (it may be to some American oil interests) nor is the character of the Syrian regime.

The same applies to U.S. involvement in Afghanistan and Pakistan. The invasion of Afghanistan in 2001 may have been justified in the light of the 9/11 terror attacks but there is no reason for America to be involved in the continuing civil war in that country which is likely to drag on for decades. Pakistan is headed toward becoming a failed state although one with nuclear weapons. The United States has poured billions of dollars into that country without much to show for except increasing hostility toward itself on the part of large segments of the Pakistani population. As long as America knows where Pakistani nukes are placed and has the ability to take them out in case of a threat of radical Islamists coming to power in that country, there is no strategic reason for Washington to be involved in the affairs of Pakistan or its relations with its neighbors, especially India and Afghanistan.

The only country in this arc of crisis where one could reasonably argue that American strategic interests are at stake is Turkey because of its membership of NATO. But, this should not mean that the United States should get drawn into Turkey’s regional adventures as in Syria or its domestic quarrels with its Kurdish population. Erdogan’s short-sighted policies on both fronts have put Turkey in an untenable position and even raised the specter of its division into separate Turkish and Kurdish states. Ankara should, in fact, be advised to retrench its involvement in Syria and come to terms with its restive Kurdish population on terms acceptable to the latter to prevent a major catastrophe for itself and for the region. The United States should make it clear to the Turkish government that it does not consider the defense of Turkey a NATO matter if it is unwilling to heed Washington’s advice on these two issues, neither of which have anything to do with NATO’s mission.

It is time for the United States to begin disengaging from the broader Middle East. After the terrorist attacks in Orlando and San Bernardino, such disengagement has become a matter of homeland security. These two incidents have made clear even more than 9/11 that the greater the American involvement in the affairs of the broader Middle East, the greater chance of blowback that could inflict great damage on the security of its people at home. While such disengagement may not put an end to terror attacks within the American homeland immediately, it will drastically curtail the chances of such attacks being repeated in the future.

Mohammed Ayoob is a Senior Fellow at the Center for Global Policy and University Distinguished Professor Emeritus of International Relations, Michigan State University; author most recently of Will the Middle East Implode? (Polity, 2014)