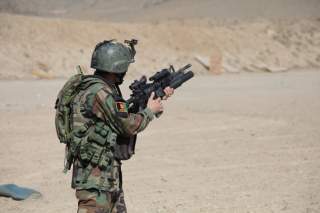 Since the end of World War II, U.S. officials have spurned George Washington’s advice that the republic should avoid permanent alliances. To wage the Cold War against the Soviet Union, the United States forged alliances with various nations around the world. The North Atlantic Treaty Organization (NATO) would be Washington’s first such venture outside its traditional sphere of influence in the Western Hemisphere, but it was far from the last. Key bilateral military alliances with such countries as Japan, South Korea, and Nationalist China followed. So did U.S. efforts to create pale imitators of NATO in other regions, including the ill-fated SEATO in Southeast Asia.

One might have thought that the end of the Cold War and the demise of the Soviet Union would have marked an end to such pactomania. But that assumption would have been wrong. Indeed, the United States exploited the power vacuum created by the collapse of the Soviet empire to add a plethora of formal allies in Central and Eastern Europe. During those same years, Washington’s involvement in the toxic rivalries of the Middle East deepened, and so did relations with a variety of allies and client states in that region.

Because of the vast number of security obligations the United States has undertaken over the decades, the system now resembles an overgrown garden in desperate need of pruning. Formal and informal security commitments now make the United States responsible for the security of more than sixty percent of the planet. One doesn’t have to be an alarmist to believe that such a burden is the operational definition of strategic overextension.

The United States is a very powerful actor. Not only does it have a nuclear arsenal with several thousand weapons and extremely sophisticated delivery systems, it has a conventional military force without equal. And it is still the world’s largest economy, by a considerable margin. In the global arena of power, the United States is still the primary player.

But it is a player showing ever greater signs of strain. A $19 trillion national debt is not a trivial matter, even for a superpower. And for all its vaunted military capabilities, Washington has been unable to impose its will without great difficulty and frustration—and sometimes not even then—in places ranging from Vietnam to the Balkans to Iraq to Afghanistan.

The United States needs a more selective, discriminating security strategy. And a good place to start is with alliance commitments. America’s system of vast, overgrown, and in many instances, obsolete alliances fairly cries out for a vigorous pruning.

A key task is deciding what to prune, and in what order. There are three reasonable ways of setting the necessary priorities. One would be to prune the most frivolous, useless allies first. A second way would be to give top priority to eliminating the most potentially dangerous allies—the commitments that could easily drag the United States into an unnecessary war. A third option would be to jettison the most odious allies—those whose domestic and international behavior greatly offend American values and basic standards of human decency.

Embracing the first option would lead U.S. officials to focus on getting rid of a good many small NATO members, such as Montenegro and Slovenia. One might ask what such ministates could possibly add to the economic and military might of the United States. The answer is virtually nothing. Cato Institute Senior Fellow Doug Bandow summarized Montenegro’s contribution succinctly. “Podgorica is a military nullity.” Indeed, America has gotten into the bad habit of acquiring such weak, useless allies with all the casualness that some people  add Facebook friends. But security commitments are a serious business, and we should view them as such.

Montenegro and Slovenia are merely useless, not dangerous, since they are not likely to become embroiled in armed conflicts with neighbors. Using the second standard—eliminating especially risky security dependents—arguably has greater merit. Allies such as Taiwan and South Korea fall into this category. They have major unresolved conflicts with neighbors, and their quarrels could escalate to the point of dragging the United States into armed conflicts that had little or no relevance to America’s own vital interests. U.S. policymakers (including Congress, the institution that has largely abdicated its responsibilities regarding war and peace,) need to consider whether they really would be willing to take the republic into war to defend such allies against powerful adversaries.

Of course, it is possible for an ally to qualify for pruning in both category one and category two. The Baltic republics come to mind. They are small states of no special economic or strategic importance to the United States. Indeed, they have been in and out of the Russian empire (and its successor, the Soviet Union) over the centuries. Their current relationship with Moscow is frosty at best. Yet the United States has chosen to give such small, vulnerable allies a security guarantee through NATO, and has sent its own forces on a “rotational basis” to emphasize that commitment. The Baltic republics should be high on the list in both categories one and two for a needed pruning of security obligations.

A final option would be to start with eliminating military commitments to especially odious allies. Serial abusers of human rights, such as Saudi Arabia and Egypt, ought to be obvious candidates. And in the case of Saudi Arabia, the government’s foreign policy behavior has undermined genuine American interests at least as often as it has supported them.

Saudi Arabia and Egypt should be the easy cases when applying this standard. More difficult cases but ones still deserving ample consideration are relationships with such countries as Turkey, Hungary, and Israel. The authoritarian trends in the first two states have reached alarming levels, and Israel’s treatment of the Palestinians over the decades deserves censure.

Ideally, a pruning exercise would lead to a fundamental reconsideration of America’s entire grand strategy. It has gone largely unexamined since the early years of the Cold War. U.S. strategy now seems to be on autopilot and some ugly mountain peaks are looming ahead. Our intellectually bankrupt political and foreign policy establishments may be oblivious to the danger, but critics need to focus attention on the pertinent issues. Pruning Washington’s haphazard, overgrown alliances is a good place to begin.

Ted Galen Carpenter, a senior fellow at the Cato Institute and a contributing editor at The National Interest, is the author of 10 books and more than 600 articles on international affairs. His latest book is Dubious Partners: The Benefits and Pitfalls of America’s Alliances with Authoritarian Regimes (2015).