Lament of the Liberal Interventionist Ideologues 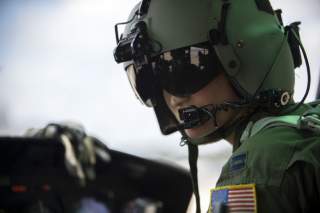 Just prior to the Soviet invasion in Afghanistan, Brezhnev and Andropov called in the who's who of Moscow to gather opinions from different sections about intervening in Afghanistan. The issue quickly segmented into three distinct lines of thought. General Nikolai Ogarkov, the practical one of the lot, with an actual idea of what a war and intervention entails, quietly raised the point that seventy-five thousand troops is not enough to intervene and subsequently stabilize a deeply divided and sectarian society like Afghanistan’s, especially considering the inevitable rise of insurgency and the dwindling Soviet economy, not to mention that the Soviet Union would ruin the chance of any détente with the West and public opinion will be in tatters. He was immediately cut down by Minister of Defense Dmitry Ustinov, and was promptly reminded that a general's job is not to question policy decisions but to follow orders. Deputy foreign minister Georgy Korniyenko, the realist among them, then raised the point that Afghanistan, with its feudal structure and tradition, seems hardly suitable for the spread of socialism. But there was no stopping the Soviet ideologues. Fresh from the roaring high of 1970s, hardline ideologues like Boris Ponomarev and Mikhail Suslov declared that there is no society in this planet that is not ripe for the spread of the red banner. The rest, as they say, is history. The Soviet Union turned out to be the primary example of modern imperial overreach, and imploded.

Fast forward around forty-odd years and you can see the same ideological dogma, only this time, one needs to change the idea from socialism to democracy and human rights. Interventionists remain the same, on every side of the political spectrum. The latest case is Anne Applebaum's lament in the Washington Post, where she talks about the political and humanitarian ramifications of the nonintervention in Syria. Applebaum raises monophrased points, such as "Refugees," "Deaths," and so on, and blames them on David Cameron's failed vote in the British parliament and Obama's dithering. She fails to mention however, that the public in both the countries are tired of endless wars in the Middle East.

Needless to say, the analysis is shallow, vacuous and flawed and without any significant alternative policy suggestion, and wouldn't be taken seriously in any academic or policy circle, much less get published in any peer-reviewed journal. It is a gigantic lament, and cry for morality, the kind you often see in social-media memes of "solidarity” and candle-lit love after every single terror attack in Europe. However, given the subject it deals with, it needs to be falsified for the sake of academic balance.

The title itself is false. There is a Western intervention currently going on in Syria—it even has its own Wikipedia page. It is just not the kind of intervention Applebaum wants.

These argumenta ad passiones, that "babies are dying and we have to do something" is exactly the kind of policy insobriety that has resulted in the West undertaking misadventure after misadventure in faraway lands where our interests are not deeply implicated. Unfortunately, in the recent past we have tried it all, and none of it has worked. Intervention and nationbuilding failed in Iraq, at great cost to the West, and intervention  without nationbuilding in Libya, and this slow-burning intervention in Syria has instigated a power vacuum in the entire region and resulted in a breeding ground of jihadist extremism.

What liberal interventionists neglect to mention as they peddle their narrative is that the only thing we have never tried is a proper nonintervention wherein we don't support any faction, nor interfere in any way. The amount of money spent on intervention would be much better spent on domestic community policing, HUMINT, and intelligence gathering against local terrorists, and cordoning off the entire Middle East till the fray is sorted out and any local hegemon is victorious—but Europe since the nineties followed this reflexive liberal loop of foreign-policy blunders.

The one thing that has not been practiced, however, is called strategic amputation. It is a version of Offshore Balancing. The combined Dutch and British navy under Viscount Edward Pellew, did it during the 1816 Barbary wars, wherein they cordoned off the entire North African coast, stopped people smugglers and slave traders and bombed their ports. It was brutal, but it stopped the lucrative people-smuggling routes and slavery and cut off the incentives and therefore starved the pirates of North Africa.

Which brings us to the refugee issue. It is well established that the only person who is responsible for this exacerbating refugee crisis in Europe is Angela Merkel. Though her intentions were noble, it was emotional and naïve and geopolitically catastrophic. The Syrian refugees were safe in Turkey and Jordan, and without Mutti's siren song millions wouldn't undertake crossing the risky, freezing Mediterranean. Nor would people from as far as Pakistan and Ivory Coast try to get in Europe with fake Syrian passports. In fact the sole causal ascription to the rise in terrorism, mass sexual assaults, xenophobia, Far Right backlash, EU disintegration and even Brexit can be linked to this forced, liberal-elite engineered social restructuring of Europe.

Unfortunately, foreign-policy liberals never seem to learn. They refuse to acknowledge that different regions across the world, for different structural, cultural and historical reasons, are at different stages of societal evolution, and one cannot impose a Western governmental system and cultural construct and expect everything to run smoothly.  More importantly, liberal interventionists never provide alternative courses of action, when their theory inevitably fails every time. In a way, they are qualitatively similar to the Marxist apologists, who always claim that socialism never failed, as “real” socialism was never properly tried. The correct course of action in Middle East is Western retrenchment, followed by either realist negotiation with local powers (keeping in mind their interests) or forced Balkanization along tribal and sectarian lines. For both these courses, the great powers need to sit in a negotiating table together and dog it out. The policymakers as well as leaders understand, even when they cannot possibly say it out loud in public, that none of the sides in Syrian civil war are capable of winning the war, and are already too divided to even form a joint front. Unfortunately for the liberals, the root of all evil is always “Western weakness.” Ideologues, since the time of Odysseus, have never been terribly bothered by facts or ground realities.