Look Out, Asia: China's Peaceful Rise is Over 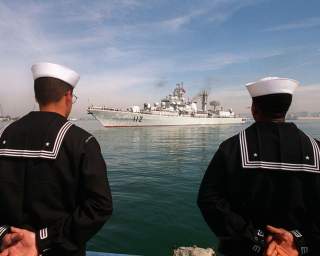 As expected, the Permanent Court of Arbitration in The Hague ruled against China’s expansive territorial claims in the South China Sea. The Philippines was exultant. Beijing responded dismissively and issued a detailed rebuttal.

The People’s Republic of China faces a difficult choice: accept an international system believed to be biased against China’s interests, or assert its claims even more aggressively, risking conflict with its neighbors.

The United States and its allies also face a disconcerting decision. Do they reinforce the tribunal ruling with diplomatic intransigence and a military buildup? Or do they adjust the system to address the China’s claims?

Territorial disputes pose a perennial international problem. There is no generally accepted process to allocate sovereignty and universal authority for deciding who owns what. Most nations follow their interest in asserting territorial claims. Great powers typically refuse to be bound by the decisions of others when they believe important interests to be at stake.

Sovereignty concerns impelled the United States to reject jurisdiction of the International Court of Justice over its mining of Nicaragua’s harbors as well as participation in the International Criminal Court and ratification of the Law of the Sea Treaty (which I’ve dubbed LOST). Even today Washington would be loath to entrust decisions over U.S. territory to an international panel, no matter how created or constituted.

The Asia-Pacific offers particular challenges. East Asia’s waters are filled with disputed territories, including Huangyan Island (also known as Scarborough Reef) the Diaoyu (Senkaku), Nansha (Spratly) and Xisha (Paracel) Islands. The People’s Republic of China claims all (and Taiwan many claims many) of these lands. Those who dispute China’s assertions are Brunei, Japan, Malaysia, the Philippines and Vietnam, who assert ownership of variously islands in return.

Until recently, the economic value of various islands, islets, reefs and other territorial features was not obvious. However, LOST attached resource ownership to territorial sovereignty. So politicians in various national capitals began to imagine inestimable wealth from fish and hydrocarbons.

Moreover, China’s emergence as an increasingly significant power has upended the regional status quo. The existing territorial and juridical order was established at a time of Chinese isolation and weakness. The Chinese Empire was unable to effectively assert its claims or defend its territory. Understandably, Beijing is dissatisfied with the results and, unfortunately for its neighbors, increasingly appears unwilling to live with the status quo.

Nor is Beijing the first rising power to challenge a system seemingly biased against it. The young American republic responded truculently to Great Britain as the former negotiated the border with Canada, causing London to back down. The United States was even more violent in dealing with its southern neighbor, invading Mexico and seizing half of that country. Washington also threatened to forcefully intervene in later British territorial disputes in Latin America, and began an unprovoked war to wrest Cuba out of Spain’s colonial control.

In recent years, the People’s Republic of China has effectively if not formally abandoned its policy of “peaceful rise.” It has directly challenged territorial claims of Japan, the Philippines and Vietnam; physically augmented territories under its control, added military facilities, including airstrips, to strengthen its position; and aggressively pressed ASEAN to avoid the issue. These efforts obviously are intended to back Beijing’s claims and, some Western analysts fear, ultimately could threaten East Asian commerce in a conflict.

The Philippines lacks an effective military and has pressed America to be its champion. Manila also turned to an arbitration panel to provide legal sanction for the Filipino position. Beijing rejected the tribunal’s jurisdiction. Far from resolving the issue, the case has merely opened the next phase of the continuing controversy.

Unsurprisingly, Beijing rejected the ruling and promised “to protect its territorial sovereignty and maritime rights and interests.” Public anger was evident as well, which the Xi government might seek to exploit. The regime is embattled on several fronts: it faces potentially severe economic problems, it is engaged in a disruptive anticorruption campaign and it has cracked down on free expression and other human rights.

At the same time, the decision reaffirmed the position of the Philippines and nearby states, which will embolden them to take a tougher position against China. Even Manila, which lacks the military means to defend its claims, nevertheless may be readier to challenge the People’s Republic of China. In either case, neither party is inclined to step back.

The United States is not a claimant, and insists it takes no position in the ongoing disputes, but Washington has clashed with Beijing over the former’s right to collect intelligence within China’s two hundred mile Exclusive Economic Zone. It would only take one drunk ship captain or one hyperaggressive aircraft pilot to create an incident and set the stage for conflict.

All parties have an obligation to dampen tensions. They should start by recognizing that none of the disputed claims are worth war. China has attempted to lower the stakes by using “salami tactics”, attempting to grab the whole piece by piece. Yet conflict would be a high price to pay for everything as well.

Most of the islands have little intrinsic value. The resources in surrounding waters could be substantial but still would pale compared to the cost of conflict. Joint development would yield most of the commercial gains without risking war.

Territorial control would affect maritime rights, but not decisively. In peacetime navigation would continue largely unimpeded; in wartime navigation would depend upon on the capabilities of the respective navies. Additional military outposts would benefit Chinese forces, but the closer they were to allied states the more vulnerable they would be.

Perhaps most important is national ego. Which is why the issue so far has proved impervious to reason, no matter how sophisticated the discussion of the complicated mix of regional history and national control, international law and bilateral treaty. China’s claims may be extravagant, but it is in a position today to insist that they not be summarily dismissed, whatever five international jurists say.

Which explains why calls on the United States to confront China, to make the latter pay a price for its ill conduct, are misguided. The People’s Republic of China’s stake in securing its coast is vital and the waters beyond substantial. America’s interests are more diffuse and distant: dominating China’s borders might be theoretically desirable, but isn’t necessary to protect American security. Better the benefits of resource development go to Washington’s friends than a potential adversary, but the overall impact would be modest. Navigational freedom is important, but it is not yet directly threatened. Peaceful dispute resolution by others is welcome but not obviously a matter for the U.S. military.

Of course, there is a common presumption in Washington that the sight of a few American ships—such as the “Freedom of Navigation” patrols—and whiff of gunpowder from a few American guns would deter aggressive action by China. Perhaps, but only for a time. The People’s Republic of China is not likely to respond by abandoning interests viewed as essential.

Rather, China would do what the United States almost certainly would do if similarly provoked: increase military outlays, accelerate naval construction, strengthen cooperation with America’s adversaries and challenge U.S. interests elsewhere. As local and regional matters these territorial disputes are hard enough to resolve; turning them into a confrontation with the United States would sharply raise the stakes and make the controversies even more difficult to resolve. To allow Washington to dictate the terms would be unacceptable to Beijing.

Moreover, it is a game America cannot afford to win. First, supporting Japan and the Philippines essentially shifts the costs of any confrontation with China to the United States. Washington’s backing would make them less inclined to compromise or even negotiate. If a friend fired a shot, it would be like America fired a shot.

Second, though the United States will remain wealthier and more powerful than China for years to come, the former cannot forever afford to maintain military forces strong enough to have a reasonable certainty of defeating the People’s Republic of China in its home waters. Rep. J. Randy Forbes advocates having “escalation dominance” over Beijing, being able to “overcome China’s growing anti-access and area-denial systems” and “intervene decisively” on behalf of “allies and partners.” But it is far more expensive build carriers than to sink them. Once the entitlement tsunami begins to overwhelm the federal budget, Americans are not likely to march demanding higher taxes to maintain the Filipino flag atop Scarborough Reef and Japanese control over the Senkakus. In contrast, Chinese citizens likely would still spend and risk whatever is necessary to ensure the disputed territories remain Chinese.