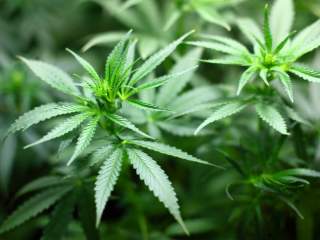 As little as a decade or two ago, the United States was the eight-hundred-pound gorilla in the international policy arena when it came to determining how to deal with the problems of drug trafficking and illegal drug use. Woe be to any foreign official who dared challenge Washington’s views or policy preferences. At best, they would find themselves excluded from the forums in which crucial decisions were made. At worst, as in the case of Colombia’s Prosecutor General Gustavo de Greiff, who openly flirted with advocating ending the drug war through legalization, U.S. official smeared such dissidents as willing tools of the traffickers.

But that situation has been changing at an accelerating pace for several years, and foreign leaders, especially in Latin America, are openly defying Washington’s insistence on the prohibition model for dealing with the drug issue. Sentiment inside the United States itself also is shifting. That is most evident regarding marijuana, the mildest of the illegal drugs. Not only have a growing number of states approved medical marijuana initiatives, often with less than rigorous requirements to prevent recreational use, but Colorado, three other states and the District of Columbia have embraced legal marijuana outright, with more likely to follow suit in this fall’s elections.

Policy movement has been much slower with regard to cocaine, heroin and other “hard drugs,” but overall there is ferment in the Obama administration and an apparent drift away from the conventional prohibition strategy toward a harm reduction strategy. That is what has been happening internationally as well.

The extent of the change is likely to become evident later this month when the United Nations holds its once-per-decade conclave to assess international drug policy. Previous sessions have done little more than ratify policies drafted or strongly endorsed by Washington, and they have never deviated in any meaningful way from a staunchly prohibitionist course. Given the growing ambivalence among Obama administration officials and the increasingly vocal opposition of other governments, it is hard to imagine that result this time.

Not only have three former Latin American presidents published another prominent op-ed (their second in less than four years) urging an end to the drug war, but former Mexican president Vicente Fox also has taken a similar position.

Uruguay has led the policy rebellion in the Western Hemisphere, not only legalizing the possession of marijuana, but commerce in the drug. Other governments are not that far behind. And a growing number of current officials are willing to speak out and denounce the drug war for the bloody, society-disrupting disaster that it is. Mark Golding, the Justice Minister of Jamaica, was one official who did so after an experience that was especially emotionally wrenching for him: he had to inform a constituent and friend that her son, a drug user, had died while in police custody at the hands of violent criminals. It was an episode that is all too typical in a prohibitionist system.

Such dissidents can also point to solid evidence that harm reduction strategies, and even full legalization, will not lead to the parade of horrors that prohibitionists always used to stifle debate. Portugal’s comprehensive harm reduction reforms are now fifteen years old, and such horrors have yet to materialize. Indeed, the reforms appear to be a solid success, keeping nonviolent drug offenders out of the criminal justice system, putting them instead into treatment programs. Injecting-drug use, the most risky form, has actually declined by a whopping 50 percent. Although Uruguay’s full marijuana legalization measure is newer, there likewise has been no evidence of a massive crime surge. And Colorado’s experience with marijuana legalization has followed a similar path. To put it mildly, staunch prohibitionists have a credibility problem, both internationally and domestically.

In the upcoming UN meeting, the United States will probably no longer be leading the charge in favor of staying the prohibition course. That “honor” will go to countries like Russia, China, and Saudi Arabia. If Washington were both wise and courageous, it would move from its current posture of uncertainty and ambivalence and lead the forces of reform. That would truly be a welcome change and represent enlightened statesmanship.

Ted Galen Carpenter, a senior fellow at the Cato Institute and a contributing editor at The National Interest is the author of 10 books and more than 600 articles on international affairs. His books include Bad Neighbor Policy: Washington’s War on Drugs in Latin America (2003) and The Fire Next Door: Mexico’s Drug Violence and the Danger to America (2012).