Is NATO Pushing Russia Towards Retaliation? 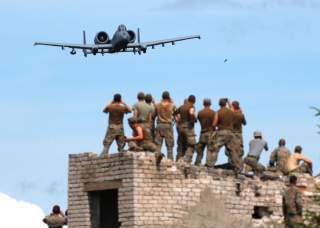 The United States and its NATO allies continue to find ways to antagonize Russia. The latest provocation is a request from Norway to more than double the number of U.S. troops stationed on its territory and deploy them even closer to the border with Russia. Granted, the numbers involved are not large. There are currently 330 American military personnel in the country on a “rotational” basis. Oslo’s new request would increase the number to seven hundred. If the Norwegian government gets its way, the new troops would be stationed in the far north, barely 260 miles from Russia, in contrast to the existing unit in central Norway, several hundred miles from Russian territory.

The rotational aspect theoretically complies with Norway’s pledge to Moscow in 1949 when it joined NATO that Oslo would not allow U.S. bases on its territory. Indeed, Foreign Minister Ine Marie Eriksen Soriede reiterated that assurance in connection with the new troop request, contending that there would be “no American bases on Norwegian soil.” Making their official status rotational supposedly means that the troops are there only on a temporary basis. It is a cynical dodge that fools no one—least of all Vladimir Putin and his colleagues in the Kremlin.

Norwegian officials also insisted that the new deployment was not directed against Russia. That assurance has even less credibility than the rotational rationale. Oslo’s request came just days after nine nations along NATO’s eastern flank, including Poland, the Baltic republics, and Romania called for a larger Alliance (meaning largely U.S.) military presence in their region.

In addition to the move to increase the number of U.S. troops in Norway, major NATO military exercises (war games), code-named Trident Juncture 18, are scheduled for October. The focus of those exercises will be central and northern Norway, and they will involve thirty-five thousand troops, seventy ships, and 130 aircraft. Nevertheless, Soriede insisted that she couldn’t see “any serious reason why Russia should react” to Oslo’s proposal for an enhanced U.S. military presence.

She should perhaps receive credit for being able to make such a statement with a straight face. But such transparent dishonesty is a longstanding feature of NATO’s behavior toward Moscow. Even during the Cold War, Western officials routinely insisted that the Alliance was not directed against the Soviet Union. In their more candid moments, though, they conceded the obvious—that NATO was a military mechanism to contain Soviet power. Granted, it was not the sole purpose. Lord Hastings Ismay, NATO’s first secretary general, stated that NATO was created to “keep the Soviet Union out, the Americans in, and the Germans down.” The first objective, though, seemed to be the most important.

Containment of the Soviet Union made sense to keep democratic Europe out of Moscow’s geopolitical orbit, and NATO was an important component of that strategy. But Western leaders continued to apply that model to a noncommunist Russia once the Cold War ended. Indeed, they intensified the containment rationale by adding new members throughout Eastern Europe and expanding the Alliance to Russia’s border. Those actions were taken despite verbal assurances from Secretary of State James Baker and West German foreign minister Hans-Dietrich Genscher at the time of German reunification that NATO would not expand beyond Germany’s eastern border.

Throughout the Alliance’s inexorable move eastward, Western officials and pundits insisted that NATO enlargement was not directed against Russia. Indeed, some members of the Western foreign-policy community argued that the move would benefit Russia by erasing Cold War dividing lines and increasing Eastern Europe’s political and economic stability. One wonders whether Westerners thought that the Russians were gullible enough to believe such absurd arguments, or the proponents actually believed their own propaganda.

NATO leaders continue to insist that the Alliance has no offensive intent against Russia or that the Alliance seeks to undermine Moscow’s interests. But NATO’s behavior belies such assurances. The interventions in Bosnia and Kosovo that weakened and eventually truncated Serbia, a longstanding Russian ally, was certainly not a friendly act. Stationing Alliance (most notably U.S.) forces and weapons systems in NATO’s easternmost members, (a process that has accelerated markedly since Russia’s annexation of Crimea in 2014) likewise is provocative.

Yet Western leaders and publics act as through Russia has no legitimate reason to react negatively to such moves, as Soriede stated explicitly regarding the proposed increase in the U.S. troop presence in her country. NATO has conducted several large-scale military exercises in Poland and other member states, as well as naval maneuvers in the Black Sea near Russia’s important naval base at Sevastopol. Again, the Russians apparently are wrong to regard such actions as provocative and threatening.

U.S. and NATO leaders need to adopt a much more realistic attitude. Any nation would regard NATO’s behavior as decidedly unfriendly, and even menacing, if conducted on its frontiers. Continuing such actions while cynically denying their hostile intent could easily lead to miscalculation and a catastrophic confrontation. As a first step toward mending ties with Moscow, the Trump administration should summarily reject Norway’s unnecessary request for more U.S. troops.