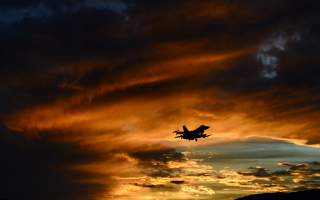 Republicans and Democrats disagree on pretty much everything, but there is one broad policy area where the GOP and Democratic establishments are actually more in tune with one another than commonly thought when it comes to foreign policy. The men and women who have dominated the foreign-policy conversation for the last three administrations—statesmen and stateswomen like Madeleine Albright, Samantha Power, the late Richard Holbrooke, Donald Rumsfeld and Paul Wolfowitz—have proven to be strong proponents of the theory of American exceptionalism.

The narrative is as basic as it is alluring: as the strongest and most powerful country in the world and as the beacon of hope and democracy for those struggling for freedom and justice, only the United States has the ability to provide the resources, political will and strength to solve problems. If the United States doesn’t them, nobody else will. Dictators need to be kept in check, if not overthrown; the Responsibility to Protect doctrine is an inalienable component of being an American; averting atrocities and crimes against humanity need to be prevented; the stability of the world is contingent on the spread of democratic values and free-market principles; and the United States is the sole guarantor of international peace and security.

A new and comprehensive poll conducted by the Charles Koch Institute and the Center for the National Interest, however, suggests that these elite convictions are not necessarily shared by much of the American public. On issue after issue—from infrastructure to jobs, from tax rates to terrorism—the public wants to focus on practical measures that directly impact their lives. Military intervention abroad is not considered to be one of them. Accordingly, the poll reveals just how wide the gap has become between the foreign-policy establishment in Washington (what Deputy National Security Adviser Ben Rhodes famously called “the Blob”) and average Americans.

For starters, 51.1 percent of the Americans surveyed in the Koch poll believe that the next commander-in-chief should use less U.S. military force abroad, compared to 24 percent who say that Washington should use force more often. 41 percent want European members of NATO to increase their own defense spending and start carrying their own weight. 49 percent agree with the notion that the 2003 invasion of Iraq made the United States less safe, and nearly 39 percent of Americans don’t think the 2011 in intervention in Libya made any difference to U.S. security at all.

Nor is this all. 51 percent don’t want any U.S. ground troops deployed in Syria compared to 23.5 percent who are supportive of the idea. Over 63 percent don’t believe it’s wise for the United States to provide Saudi Arabia with more military support in its military engagement in Yemen, and about 23 percent want the United States to simply withdraw from the conflict altogether.

And in one of the most important findings that is applicable to a President Hillary Clinton or a President Donald Trump, an overwhelming majority (80 percent) agree that the president—regardless of who that may be—should be required to make its case before members of Congress and receive congressional authorization for the use of military force before the U.S. military is deployed in any operations. To put it another way, the American people are becoming increasingly impatient with the way the executive branch has expanded its war powers at the expense of the Congress—a body that under the U.S. Constitution is invested with the power to declare war or provide the commander-in-chief with the approval to use force overseas.